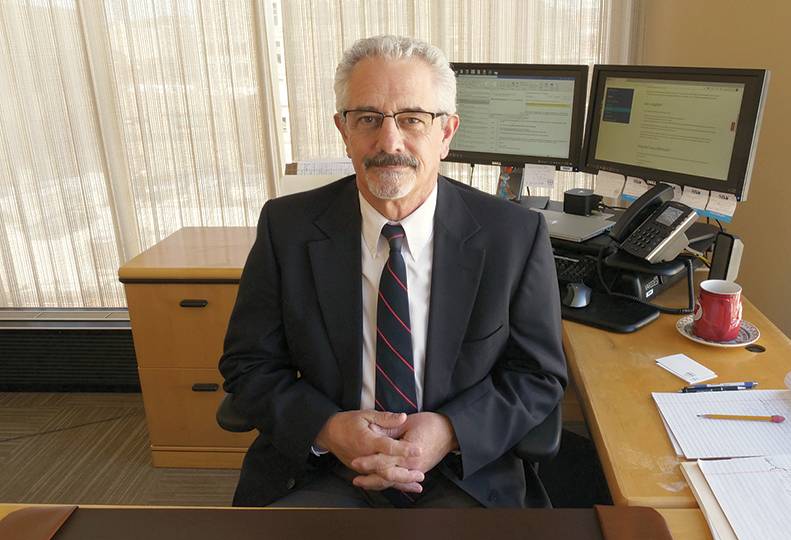 -KARINA ELIAS
Joel Nania, manager of the SBA’s Spokane office, says the volume of loan activity increased 163% in the region in fiscal 2021, compared with the previous year.

U.S. Small Business Administration-backed lending had a strong year in 2021 and is keeping up pace so far this year, some SBA lending officials here say.

Joel Nania, manager of the SBA’s Spokane office, says that while the number of loans in the branch’s 30-county coverage area haven’t returned fully to pre-pandemic numbers, the average individual loans are larger in dollar value. That’s usually indicative of economic growth, he says.

“The economy, while not without issues like supply chains and material costs, is still strong, and businesses seem optimistic about the future,” says Shortell.

He adds that he and his team at Numerica continue to see a trend toward financing ownership changes as baby boomers exit established businesses for retirement.

One change that Shortell thinks helped encourage lending occurred in January 2021, when the SBA increased 7(a) loan guarantees to 90% through the end of the fiscal year. Starting Oct. 1, 2021, the SBA guarantee reverted to its normal guarantee of 75% for loans over $150,000, and 85% for smaller loans, says Shortell.

Numerica Credit Union was one of the top lenders in the SBA’s Spokane branch area in 2021, with a total of 34 SBA-backed loans issued totaling $23.3 million. The credit union was ranked second to Kalispell, Montana-based Glacier Bank, the parent company of Coeur d’Alene-based Mountain West Bank, which issued 37 SBA loans totaling $28.8 million.

Shortell says that Numerica has long been involved in SBA lending but placed a higher emphasis on SBA programs when he joined the credit union in 2017 and helped build its SBA lending team and infrastructure.

Since joining Numerica, Shortell has seen year-over-year growth with the exception of 2020, when the SBA team was reconfigured, and many people were pulled from other departments to focus primarily on issuing SBA-backed Paycheck Protection Program loans. Shortell says that Numerica issued over 1,000 PPP loans totaling $85 million.

The most commonly issued loan type is a 7(a) loan, which is used for a range of business purposes, including starting new businesses and expanding existing businesses. They are available in amounts of up to $5 million and are available also as SBA Express loans. The SBA turnaround time for these loans is between five and 10 business days.

The second type of loan, the 504 loan, which isn’t used as frequently, is tied to job creation. The 504 loans can be up to $5 million and are meant to be used for major purchases such as a building, large fixed assets, and major equipment.

For most 504 loans, the borrower puts up a 10% down payment, a conventional lender provides 50% of the loan as a first mortgage, and a certified development corporation that arranges the loan package puts up a government-guaranteed 40% as a second mortgage. Funds for the guaranteed portion of 504 loans are raised through a monthly bond auction.