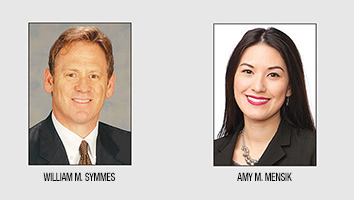 Spokane’s ESSL law takes effect Jan. 1, 2017, but employers should start thinking now about how the law might affect their policies and practices.

Spokane’s ESSL ordinance applies to nearly all private employers, including nonprofits, in the city of Spokane who employ at least one employee within the city. With few exceptions, all employees who perform their work in Spokane for an employer in Spokane are covered by the law, including full-time and part-time workers. “Seasonal” and “domestic” workers, as defined by the law, are expressly excluded, but “temporary” workers are not. Employees who only occasionally work in the city for a covered employer are covered once they physically work more than 240 hours a year in the city.

Employees are entitled to accrue at least one hour of leave for every 30 hours worked. Employees accrue leave from the first day of employment, or once an out-of-city employee reaches the previously mentioned 240 hours in the city. Though accrual starts immediately, employers can require employees to wait 90 days after employment starts to use accrued leave.

In lieu of hourly accrual, the ordinance alternatively permits employers to “front load” the appropriate “use” amount of leave, basically creating a “leave bank” available to an employee at the start of the year. All employees, however, also must be allowed to carry over at least 24 hours of accrued but unused leave to the next year.  Employees must be compensated for leave use at their regular rate of pay and benefits. The ordinance doesn’t require employers to “cash out” unused leave upon separation.

Employees can use ESSL for their own illness, injury, or preventive care, or for health needs of a family member, which can be a spouse or domestic partner, a minor child or adult child incapable of self-care, a parent or guardian, a grandparent, or a grandchild. Employees also must be allowed to use ESSL for issues related to the employee’s or employee’s family member’s status as a victim of domestic violence, sexual assault, or stalking, or when the employer’s business or employee’s child’s school or daycare is closed by public order.

Finally, ESSL may be used for bereavement leave. The ordinance, however, is silent on any limits regarding employee’s scheduling of or certifying use of ESSL, such as through a doctor’s note.

The ordinance demands that employers comply with various notice, posting, and recordkeeping requirements, as well as certify compliance with the law upon renewing a business license. Employers also may not retaliate against employees for exercising rights under the ESSL law, or misrepresent business activities to evade the law’s requirements.

For example, employers who offer 40 hours of annual PTO that accrues over the year likely don’t comply with the accrual rate required by the ordinance. Existing policies with more than a 90-day waiting period to use sick leave or PTO or those that only cover full-time workers also will need to be modified.

Various other changes to employers’ existing policies and practices also might be needed—or recommended.   For example, employers may wish to consider offering ESSL and any paid vacation in separate policies, rather than in a consolidated PTO policy, due to legal and practical implications.

The ESSL ordinance doesn’t currently specify exact procedures for how the law will be enforced, stating procedures will be issued by October of this year.

Currently, a violation of the ESSL law is classified as a civil infraction in city code, including graduating penalties for multiple infractions, or revocation or nonrenewal of a business license. Not-ably, the ordinance doesn’t give employees a right to privately sue an employer.

Besides Spokane’s ESSL law, regional employers should be aware they may already be—or soon will be—subject to other paid sick-leave laws. For example, sick leave laws in Seattle and Tacoma took effect in 2012 and February 2016, respectively. Unlike Spokane’s law, those cities’ laws apply even if the employer isn’t located “in” either of those cities’ limits; rather, coverage is triggered, for example, if the employee travels to and works a certain number of hours per year within that city. For Seattle, it’s 240 hours, and for Tacoma, it’s 80 hours.

The federal government and Washington state may soon enter the fray. In 2015, President Obama issued an executive order requiring certain federal contractors to provide up to seven days of paid sick, beginning with new contracts in 2017.

Spokane companies engaged in construction work, as defined by law, should take note because though such businesses are expressly exempt from Spokane’s ESSL law, they may nonetheless be a federal contractor subject to federal paid sick leave mandates.

At the state level, efforts to push paid sick leave legislation through Olympia have largely stalled, but similar voter initiatives have been filed. For example, Initiative 1433 would raise the state minimum wage to $13.50 by 2020 and mandate paid sick leave statewide in 2018.

Among other differences from local sick leave laws, I-1433 demands that employees accrue at least an hour of paid sick leave per 40 hours worked, but has no caps on accrual or usage, leaving the amount of required paid leave unknown and open-ended.

If I-1433 receives the signatures to qualify for the November ballot and is approved, the law wouldn’t pre-empt local laws, forcing employers to untangle whether the local, state, or federal sick leave law is “more favorable” to employees in a given circumstance and must be followed.

Employers should consider now whether they are already covered by a paid sick leave law, such as those enacted in Seattle and Tacoma, and what they may need to do to ensure compliance with such other impending laws.

At 11 a.m. on Wednesday, March 30, Witherspoon Kelley attorneys will be hosting a complimentary webinar for businesses to discuss Spokane’s ESSL law, including a deeper dive into some of the law’s implications, and tips for bringing policies and practices into compliance.  More information on registering for this webinar is available at www.witherspoonkelley.com.