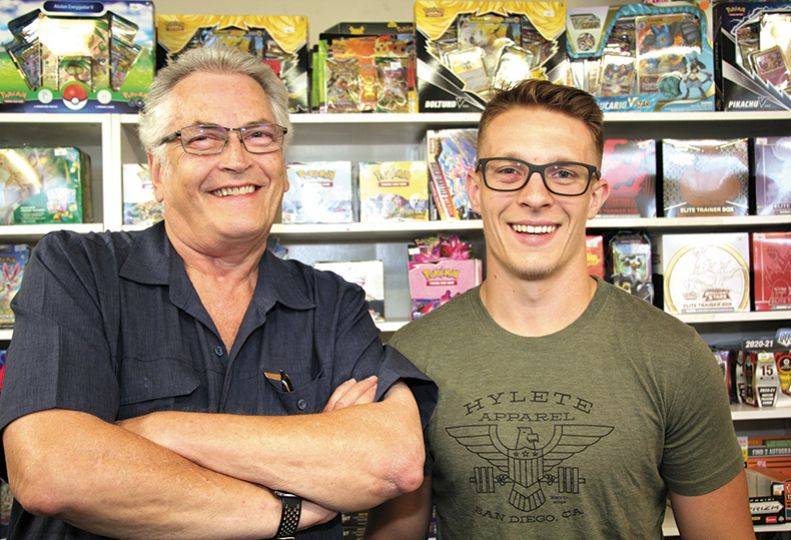 Selling a business is a major component of a retirement strategy recently for some Spokane-area business owners, who are also happy that the new ownership has remained local and retained their employees, in some cases.

Some Spokane-area financial planners, however, worry owners might not fully understand the value of their business, the time needed to close a transaction, and retirement income they’ll need after a sale.

James Nelson, financial professional at Mass Mutual Northwest, says engaging a financial planner will help owners determine their financial and business goals, learn their business’ worth, and maximize their business’ value to get the most from a sale.

Bisson says his health and the pandemic were factors in his decision to exit the business sooner rather than later. His family wasn’t interested in taking over, and he wanted to see the store continue operating after he left. Unwilling to liquidate merchandise, he chose a 21-year-old former customer, Jordan Athos, who had shown interest in continuing operations.

“I suggested it one day, and he got really excited about it and talked about it for a long time, and it went to the best person I could think of to run it,” Bisson says.

In the months leading up to the sale, he says he received about five offers for the business.

Bisson says he didn’t engage with a financial planner to evaluate the business but that he and the new owner “guesstimated” the value of the merchandise and sold for 20% of that estimate. He declines to disclose the sale price.

“I wanted it to go to him because he had the passion for it, and the others just wanted to liquidate and take advantage,” Bisson says. “That is what was really important to me. I didn’t want it to just go away. I spent so many years building it up.”

“The most important factor when it comes to a business owner getting ready to exit their business is to make sure that they are emotionally ready,” Coleman explains. “They’ve created this business from the ground up, and it’s a very emotional task.”

Business owners concur, including Bisson, who says he will miss interacting with children and seeing new merchandise, but he’s also relieved to let go.

“I was ready. I’ve been in business over 30 years, so it was time,” Bisson says. “Everything went how I thought it would go—a little remorse, but a lot more peace.”

Nelson says most business owners should be prepared for a lengthy transaction when exiting the business, as selling a business doesn’t just involve finding a buyer and collecting a check.

“More than half of owners regret selling afterwards and it’s almost always due to incorrect timing of the sale,” Nelson says. “That’s because most owners never connect the dots between personal financial planning and their business.”

Finding buyers wasn’t difficult, the business sellers contacted for this story say. Financial planners say, however, the more complex the business is, the harder it may be to sell.

A few miles east along Sprague Avenue from Bisson’s old shop, Dave’s Bar & Grill changed hands earlier this year as well. Dave Thompson, the 65-year-old former owner, says he was getting tired and wanted to spend time with family when he decided to sell the bar and restaurant, at 12124 E. Sprague.

“We were able to find a nice buyer for our business, and it was time for me to step aside and bring fresh blood in there,” Thompson says. “After 32 years, that’s a long time when you’re open seven days a week, and we don’t get weekends off.”

Thompson and his wife, Susan, sold Dave’s Bar & Grill in March to Spokane Valley couple Nicole and Andrew Taes in a sale that took about a year to complete. He declines to disclose the terms of the transaction.

Coleman says, ideally, the first step to an exit plan is to look at the overall net worth and determine if the business sale will meet the owner’s financial goals.

“A lot of business owners think their business is their retirement,” Coleman says, adding that it may not be the case if they haven’t accumulated any wealth outside of their business. He says the typical sale price is about five times the business’s annual cash flow value, which equates to lasting about five years into retirement.

An owner should be aware that the sale of the business doesn’t always equate to a fully funded retirement, Coleman adds.

Thompson says, after years of saving and investing, he’s confident in his decision to exit the business.

“If you’re a small-business person, equity is wealth, right?” Thompson says. “If you’re fortunate enough to own commercial real estate … to have the option to carry contracts or rent, it’s a nice diversification for your retirement income.”

Coleman agrees that diversifying wealth is important for retirement planning.

“When people have about 80% of their wealth outside their business, then how they exit or transition their business isn’t as important,” Coleman says. “That’s when people generally have successful exits.”

Mass Mutual’s Nelson says it’s rare for owners of small to medium-sized businesses to engage with a financial planner for exit planning purposes, which was also the case with the sale of Plese Printing.

An exit strategy wasn’t on Kim Plese’s mind when she received an offer for Spokane-based commercial printing company Plese Printing, at 4201 E. Trent, after 32 years in business.

“I did not have an exit strategy at all,” says Plese, 59, adding that she didn’t consult a financial planner to discuss exit planning options beforehand.

In fact, she was in the process of expanding services when an offer from a national franchise to purchase the business came unexpectedly.

“I had just purchased a lot behind the current business, a 40,000-square-foot lot that I was trying to buy for a long time to build a building for car wrapping and for large-format printing,” she says.

“Being in business for 32 years, all of my clients are my friends, and I didn’t want to just sell it to anybody who didn’t want to take care of the business.”

Christy Johnson has the same service philosophy to take care of the customers and employees, says Plese, which helped her trust the couple enough to move forward with the sale, although she admits it was an emotional process for her as well.

Plese declines to disclose the sale price of the business.

Now that Plese Printing, Spokane Valley Sportscards, and Dave’s Bar & Grill have changed hands, their former owners say they plan to stay in the area to enjoy retirement and give back to the community that helped support them.

Bisson is building a new home in Spokane Valley to enjoy retirement; Plese is running for Spokane County commissioner; and Thompson is continuing to serve as president of the board at Modern Electric Water Co.

Thompson says leaving the business has been an adjustment he’s still working on.

“I’m getting used to a new routine and a lack of responsibilities at some level,” he says. “The phone was bound to ring at any time of the day about a gazillion different problems or opportunities, and it just doesn’t ring much anymore, which is the idea, right?”