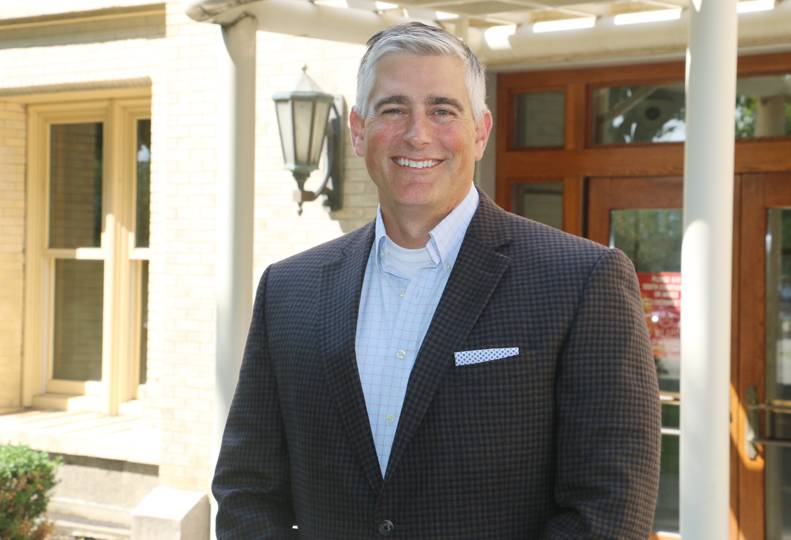 The Spokane County Treasurer’s Office is shaking up its investment portfolio with its first foray into corporate and international bonds in a strategic move to diversify the Spokane Public Investment Pool.

County Treasurer Michael Baumgartner, who has held the position since January, says the fund he inherited was typified by smaller investments that had high transaction fees.

“We’re the bank for about 80 public entities, and our overall fund holds about $1.4 billion,” he says. “There hadn’t really been an aggressive diversification of assets that I think would bring a higher return.”

A corporate debt security is an investment in a company’s assets, typically in the form of a bond, that are guaranteed repayment after a certain amount of time and are repaid first should a company fail.

“We started small, but we’ll continue to build that asset,” he adds.

Ideally, over the next five years, Baumgartner would like to see a diversification in the portfolio of 30% each in U.S. treasuries and federal agencies, 10% in supranational, 25% in corporates, and 5% in district notes.

He notes that an allocation of 20% in corporates would have yielded an additional $3 million in interest during the past three years.

Chief Deputy Treasurer Michael Volz, who is also the state representative for District 6, adds that the state passed a ruling in 2016 making it more permissive to invest in corporate securities, though the previous treasurer didn’t feel inclined to invest that way.

“It was a bit of a wonky time, too,” he says, “We were starting to hear the conversation about rates going up, so we didn’t want to get too far out over our skis.”

Baumgartner says both corporate and supranational debt securities are safe investments and have an average return of about 0.5% and 0.3% respectively.

“The basic strategy is to target an equally weighted ladder over duration to make sure that the cash flow needs are always met and then fluctuations in interest rates are mitigated over the long term,” he says.

He notes that the investment strategy has been nationally accredited and awarded a certificate of excellence from the Association of Public Treasurers of the United States and Canada.

A number of public entities contribute to the investment pool, which consists of about 530 individual funds.

Essentially, the Spokane County Treasurer’s Office is the bank for the public entities, Baumgartner says, and every dollar the investment funds earn saves the taxpayers money.

School districts are by far the largest piece of the pie, contributing about 42% to the fund. Volz notes that District 81 – or Spokane Public Schools - is easily the largest individual customer at about 18% of the total fund, followed by the Mead and Central Valley school districts.

For comparison, sewer, solid waste, and water reclamation combined rank second, at about 10% of the fund, unless the ‘other’ category is included, which combines about 300 different funds that individually contribute 3% or less to the fund. The other category contributes about 20.3% to the overall fund.

Public facilities (3.1%), the airports (3.7%), and the water and irrigation districts (3%) are usually in the top 10, he says, while cemeteries are typically at the bottom.

The investment funds themselves are broken into three categories, says Baumgartner. The core investment fund is the largest and consists of the U.S. Treasury, federal agency, supranational, and corporate securities, which currently have an average duration of about 1.4 years. One of the goals is to work to move the average duration to two years, he says.

Then there is the short-term investment fund that handles immediate liquidity and cash needs - essentially bank deposits or an overnight fund at the state treasurer’s office, he says.

The third is what’s known as the local direct investment, which Baumgartner notes a lot of public entities aren’t aware of.

“We’re going to be engaging in kind of a roadshow in fall to make our public entities aware of that, because a lot of them don’t know that’s a benefit we have available to them,” he says.

The fund is used for smaller purchases in which the office lends directly to entities in the form of promissory notes.

“I like that portion (of the fund) because you get to see the public benefit coming from it,” he says.

There is an advantage to using the program, he notes, because the public entity typically saves on fees and gets better financing terms versus going to the open market. That way, the public entities don’t need to raise taxes every time they need funding, Baumgartner says. Year-to-date, he estimates the fund has saved taxpayers about $15 million.

Whitten says in 2018 the investment fund returned over $19 million to public entities involved in the fund, who then use that money for capital improvements or programs instead of increasing taxes or cutting services to accommodate costs.

“We project out probably around $30 million (in returns) for the year,” says John Christina, finance deputy.

Baumgartner notes that the program could be beneficial to the school districts that are currently having financial challenges or are expecting budget shortfalls in the coming school year and may have to eliminate teaching positions or cut programs.

“I offered to help with bridge financing from the public investment fund … if we could play a role in allowing them to continue to provide educational services without having to do a tax increase or cut programs, we would certainly be willing to do that,” he says.

“In total, we run about $15 billion through the office on an annual basis,” Baumgartner says.

Volz adds, “We’re always cognizant that it’s the taxpayer’s money that we have, so we focus on the safety, liquidity, and return.”

He adds that the office collects taxes of about $660 million across 230,000 parcels, administers about $1.4 billion in debt, and manages over 100 different bank accounts.

The treasurer’s office does not assess the value of homes, set tax rates, invest in equities - such as 401(k)s or stocks - or borrow money, they add.

The office is also currently working on policy improvements, he adds, and is supporting a bill Volz plans on introducing this fall that will lower the interest rate on late tax payments in the state from 23% to 12%.

“We could have a reciprocal agreement where the bills would continue to get paid and the public finances banked,” he says.