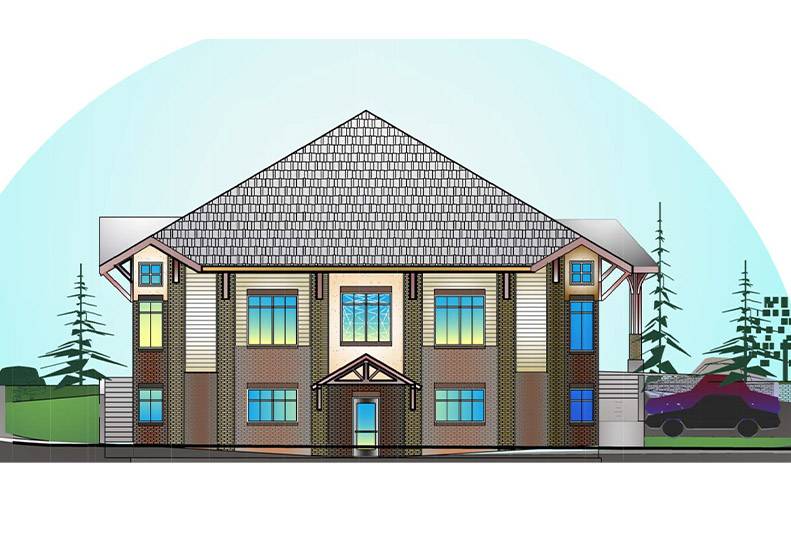 -—Rendering courtesy of Paul Matthews Architects PLLC
This two-story, 6,400-square-foot medical office structure, is being built at the southwest corner of 27th Avenue and Ray Street and is scheduled to be completed in October.

A Spokane dentist plans to move his practice into a portion of a new $900,000 medical office building planned on the South Hill, says a member of the ownership group that's developing the project.

The practice, Richard G. Witter DDS PLLC, which does business as Witter Family Dental, will occupy the upper floor of a two-story, 6,400-square-foot building planned at 2704 S. Ray, says Greg Wiater, who with his wife, Katie Wiater, and Richard and Angela Witter, make up the ownership group, WW Ray Properties LLC.

Wiater says the developers plan to lease out the lower floor of the Ray Street building to a dental or medical tenant.

A building permit application for the project was under review by the city of Spokane earlier this month, and Wiater says he had expected foundation work to be under way this week.

Brumback Construction Inc., of Spokane Valley, is the contractor on the project, and Paul Matthews Architects PLLC, of Rathdrum, designed it.

Wiater says the project at the southwest corner of 27th Avenue and Ray is scheduled to be completed in October.

The five-year-old practice currently is located in leased space at 2607 S. Southeast Blvd., elsewhere on the South Hill.

Witter is the sole dentist at the practice, which has a staff of seven.