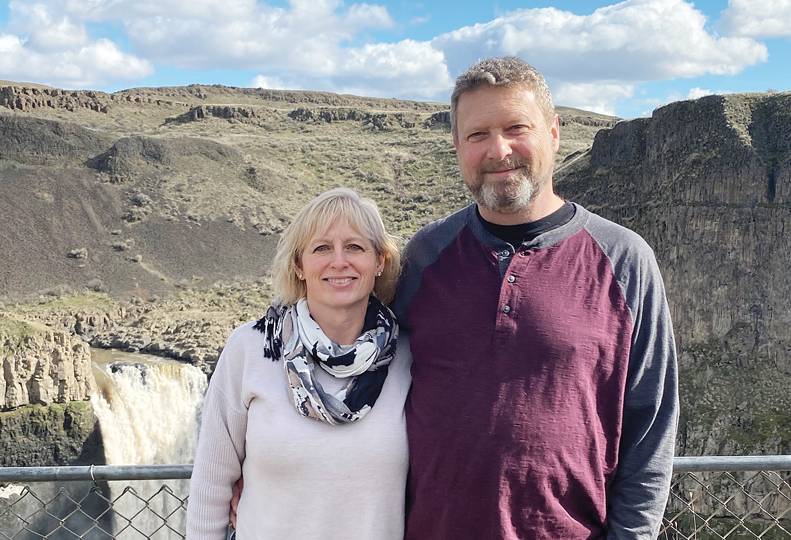 In recent years, various publications and organizations have been touting Spokane as one of the best midsize cities for retirement in the U.S.

On the plus side, such publications and some market observers here note that living in Spokane offers retirees the four-season climate, no state income tax, an international airport, dozens of private and public golf courses, and touring Broadway shows. Advocates for Spokane also boast of the city’s redeveloped 100-acre downtown Riverfront Park, eclectic neighborhoods, quality hospitals and rehabilitation centers, well-kept parks, and a plethora of outdoor recreation opportunities.

Those amenities are among attributes that convinced Charlene and Dan Angeli, a couple in their mid-50s, to move to Spokane three years ago from the San Francisco area.

Dan Angeli, an auditor for Underwriter’s Laboratories Inc., who plans to retire here soon, travels 13 Western states to monitor burglar and fire systems, and he was drawn to Spokane as an option for retirement.

“My husband has always liked the area,” Charlene Angeli says. “He said Spokane is kind of like Lake Tahoe, and he could see us moving (here) to retire.”

After visiting Spokane, the couple had a home built in Spokane Valley by Hayden Homes LLC, and after their only son graduated from high school, the family moved here.

The asking price for their Spokane home, at $355,000, was half the selling price of their California home—for much more square footage, she adds.

“For retirement, Spokane is not a bad place for a midsize city in the intermountain West,” Higgins says. “If you’re leaving Los Angeles to retire in Spokane … it looks pretty favorable. When you compare Spokane to other cities of our size in the West, it also compares favorably.”

While Higgins agrees the housing market here has heated dramatically, with many home sellers entertaining multiple offers, he sees some indications of the trends starting to cool off.

“Generally, there have been multiple offers, but we see that slowing down (during) the third quarter, and our inventory is picking up gradually,” he says.

Along with increased housing costs in Spokane, health care costs are trending slightly higher than national averages, but access to health care, which can be critical for seniors, is good to excellent, says Kelli Hawkins, spokesperson for the Spokane Regional Health District.

“There’s good access to good quality health care here, and the quality of our hospital systems is excellent,” Hawkins asserts.

In the health district’s most recent Quality of Life in Spokane report compiled in 2020, during the pandemic, a poll of people aged 60-plus shows that 47% rated access to health care in Spokane County as “very good,” while 30% rated health care access as “good,” and another 14% rated it “excellent.”

“We also asked about public safety,” Hawkins adds. “We asked people how safe they feel walking in their neighborhoods and community. Most people feel very safe or somewhat safe, and we see that same trend in those over 60.”

“Sometimes it’s hard for people to find or comprehend what is available, and what help people qualify for in order to remain in their homes,” Kimball says. “We help people find support.”

The organization is one of several area agencies that contracts with the Washington State Department of Health and Human Services, providing in-home care to seniors and other resources in Spokane, Stevens, Ferry, Pend Oreille, and Whitman counties.

Sarah Carlson, owner and founder of Spokane-based Fulcrum Financial Group, says the COVID-19 pandemic has created a situation in which people are reevaluating life choices, and Spokane has grown because of it.

“Spokane is a big city, but we still feel small. The small business community here creates a level of variety that retirees are looking for,” Carlson says. “It’s still affordable even with real estate jumping up. And it probably won’t stay as hot as it is, but I imagine it will level out.”

She adds, “We have such good health care systems here, and higher education systems provide for good content and the opportunity to learn in person. We have a strong arts community for a city of our size with the symphony and so many artistic outlets. The hiking is the best in the Northwest and people are discovering all these things in Spokane.”

Last year, more than 93,000 seniors over 65 lived in Spokane County, according to Washington state Office of Financial Management estimates.

Spokane Trends indicators compiled by the Institute of Public Policy & Economic Analysis at Eastern Washington University show that the population in the 65-plus age group has been trending upward for the past decade.

For some people, the pandemic has accelerated plans to leave the workforce. According to a recent study by Washington D.C.-based Pew Research Center, about 28.6 million baby boomers—those born between 1946 and 1964—reported that they were retired from the labor force in 2020. That’s 3.2 million more boomers than were retired in the year-earlier quarter. Prior to 2020, the overall number of retired boomers had been growing annually by about 2 million on average since 2011.

Charlene Angeli, who is among the next wave of retirees, says her family is happy in Spokane.

She adds, “In California, we would have been working until we died.”