New office to open before year-end, will be the 15th overall for the credit union 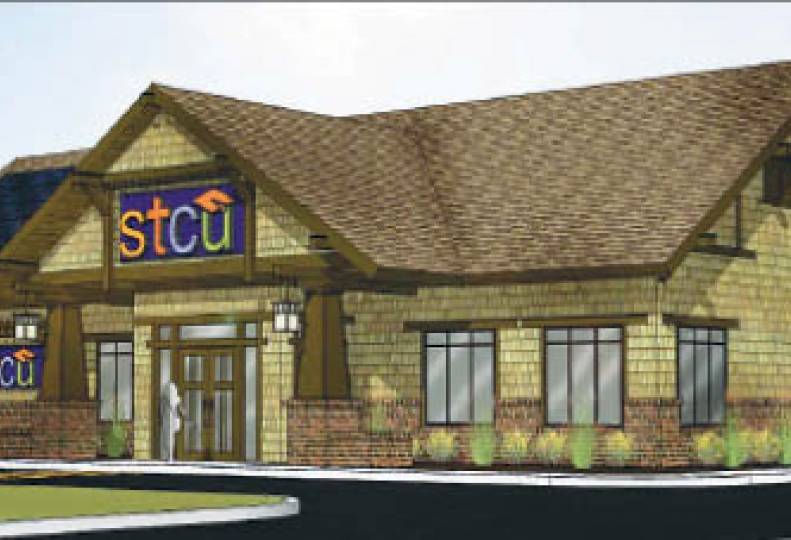 -—Rendering courtesy of Nystrom Olson Architecture
Liberty Lake-based Spokane Teachers Credit Union's planned new branch is being built in the southern portion of Spokane Valley, a few blocks east of University High School. The branch will be its second location within the city of Spokane Valley.

Liberty Lake-based Spokane Teachers Credit Union says it has started construction of its 15th branch, which is scheduled to open late this year in Spokane Valley.

The planned branch, which STCU will call its South Valley branch, will occupy a 3,500-square-foot structure to be erected at 13211 E. 32nd, a few blocks east of University High School, says Dan Hansen, a spokesman for the credit union.

The South Valley branch will have six to eight employees when it opens and will have room for up to 12 employees as business there grows, Hansen says.

Baker Construction & Development Inc., of Spokane, is the contractor on the $950,000 project, and Nystrom Olson Architecture, also of Spokane, designed it.

The branch will include elements of Craftsman-style design, such as exposed beams, wood-textured shingle siding, and some masonry features, Hansen says. It also will have solar panels to reduce its demand for energy from conventional sources and an electric vehicle-charging station, which will be available for use by members of the credit union, Hansen says.

STCU's goal for the design is to meet Leadership in Energy and Environmental Design (LEED) gold certification for sustainable building and development practices, he says.

Currently, STCU's only branch in the city of Spokane Valley is at 13501 E. Sprague.

STCU last opened new branches in 2009 in the Northtown Square shopping center, on Spokane's North Side, and in Ponderay, Idaho, just north of Sandpoint.

STCU also owns vacant commercial lots on the South Hill, at the southeast corner of Hailee Lane and 57th Avenue, and in Airway Heights, at the northeast corner of U.S. 2 and Centre Way, both of which the credit union has said are intended for future branches.