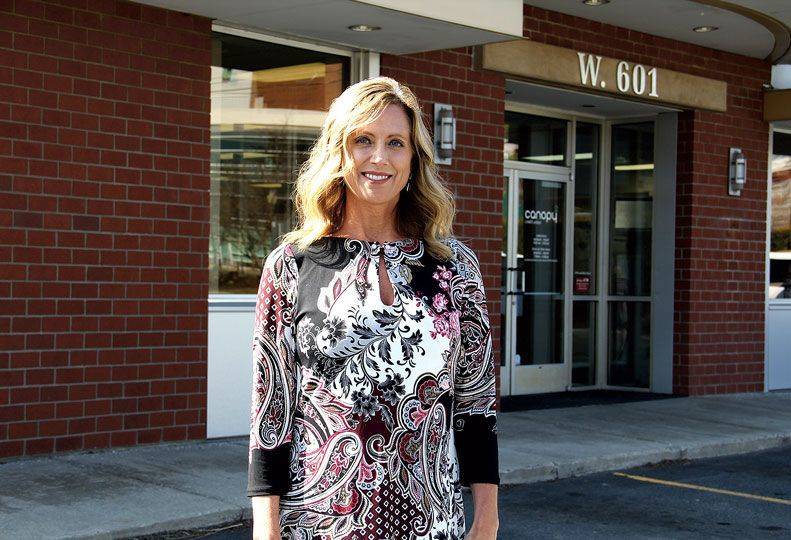 As the real estate market in the Spokane area remains scorching hot, so does the mortgage lending market, credit union representatives here say.

However, they’re also in agreement that the current low-rate environment can’t last, and some are working to find creative ways to get underserved members into the homebuyer market.

Clute says refinancing has been an especially busy corner of the market.

“I’ve been doing this for about 24 years, and I’d been through several refi booms, but none hit quite as fast and quite as hard as last year,” he says.

Interest rates on all mortgages likely will trend upward in the coming year, he says.

“In the last six to eight weeks, we have seen rates start to climb a little bit,” Clute says. “We’ve probably seen rates raise about three-eighths of a percent. It hasn’t had a significant impact on production at this point.”

Clute says second mortgages and home equity lines of credit (HELOCs) have been popular options for many borrowers.

A tight real estate market, in which the number of homes for sale is historically low, has led many would-be, move-up buyers to take out a second mortgage to improve their current home instead, he says.

“People who have wanted to purchase a new home have gotten frustrated trying to find that new home, and have just said, ‘Forget it, let’s stay where we are, remodel it, and freshen it up to make it more of what we want,’” Clute says.

Charlotte Nemec, president and CEO of Spokane-based Canopy Credit Union, says that because inventory in Spokane’s housing market is so tight and builders can’t keep up with demand, options such as refinancing likely will remain popular.

“I think the refi volumes that are happening will continue for the rest of this year,” Nemec says. “But finding new homes to purchase is such a struggle … I think that could have an impact on volume for those of us that want to help homebuyers who are coming into the market.”

Nemec says that home values have risen, and many borrowers are pulling equity from their home in order to pay off other debts or complete home improvements.

Sam Lindstrom, Olympia Washington-based director of residential lending operations for Washington State Employees Credit Union, which has three Spokane-area branches, says some members scrambled to get refinancing in the early weeks of 2021.

“Rates bumped up a tiny bit at the beginning of the year, and that compelled folks to get going if they were going to refinance, because they could see there might be an end in sight to these low rates,” Lindstrom says. “The 10-year (Treasury rate) usually drives mortgage rates, and we see that starting to tick up.”

Lindstrom says WSECU typically relies on rate forecasts from the Mortgage Bankers Association, which predicts interest rates for 30-year mortgages will remain around 3% to 3.3% through this quarter.

“But then they start to forecast that rates will really go up,” Lindstrom says. “By the end of the year, they’re forecasting an average 30-year rate at 3.5-3.6%, which is still phenomenal, but doesn’t promote the kind of refinance craziness that there is now.”

“If they continue to gradually climb throughout the year, then I think the refinance business will slowly start to taper off,” Clute says. “But if rates level off and stay where they’re at, then based on what I’ve seen in the first three months, it’ll be a bigger year than last year.”

Nemec says Canopy is trying to find ways to sate demand for housing, including land loans, regardless of the direction rates trend. Some members prefer to build a home from the ground up rather than try to find an existing home in a competitive market, she says.

“There are some good opportunities for us to capitalize on the land loan side of things,” Nemec says. “It doesn’t have to be developed. A lot of times, lenders will say it has to have water, sewer, and electricity (infrastructure) on the land. We are not requiring that to be the case.”

Canopy also is working to create mortgage options, including adjustable-rate products, for those who don’t qualify for a traditional 30-year, fixed-rate mortgage, Nemec says.

“We’re building out some products in 2021 in the mortgage side of things that won’t be sellable on the secondary markets,” Nemec says. “What we’re looking to do is find a way to help people get into housing, if they can find it.”

“We’re constantly trying to figure out a better way to provide access to credit. I think everyone is trying to solve that problem of how to get away from just the classic credit decisions,” Lindstrom says. “There are more nontraditional ways to assess credit that maybe aren’t as marketable. Fannie Mae might not buy that loan, but potentially, as a credit union, we could put it in our portfolio.”

Clute says that amid the increased demand for traditional mortgages, some credit unions have grappled with whether and how much to staff up to meet demand.

“It’s been hard to try to balance adding staff to take care of the additional volume and not overstaffing for when interest rates rise,” Clute says.

“This whole pandemic has really opened the credit union’s eyes to whether people really have to be over here,” Lindstrom says. “I’ve interviewed a few people in the Spokane market -- they didn’t work out -- but I’m totally open to them being over there.”

Lindstrom says that WSECU has been careful about adding staff to address mortgage volume.

“We’re very focused on not laying people off, and that is one of the side effects of a spike in production,” Lindstrom says. “We’ve seen many mortgage companies or banks hire and then the fact of the matter is, when we come off of the high, they have to scale back.”