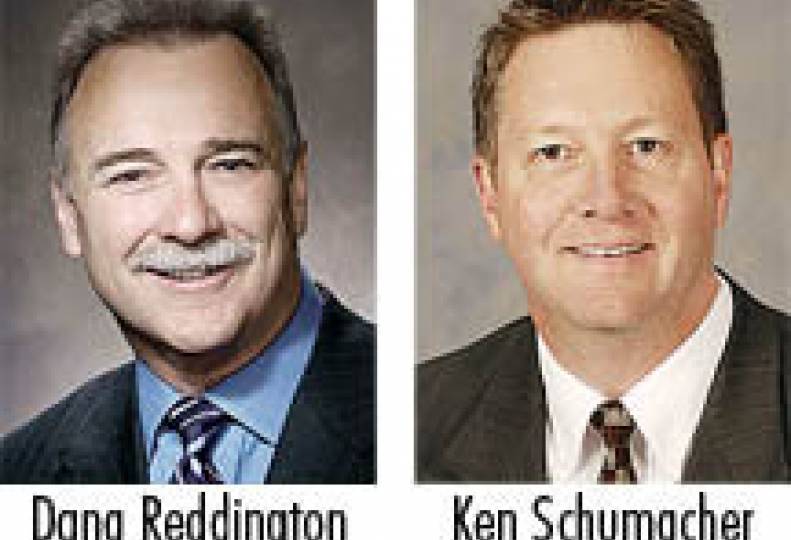 The Wells Fargo Bank district that includes the Spokane-Coeur d'Alene area has performed well throughout the economic downturn due to conservative lending policies, and the bank is positioned for further growth as the economy improves, regional executives say.

Those executives say the bank's loan application volume is up by 30 percent compared with last year, and its deposits in Spokane and Kootenai counties also are up by almost 10 percent to $600 million as of June 30, from $547 million this time last year.

While Wells Fargo doesn't have any plans to expand the number of retail branches it has here—seven in Spokane and six in the Coeur d'Alene area—regional executives say their goal is to focus on expanding its market share here.

The bank says it also is in the process of hiring about 150 people to staff new positions in customer and online support at its Boise-based regional headquarters.

Wells Fargo currently employs about 2,200 people total in its Idaho region, which includes the Spokane-Coeur d'Alene market, with more than 90 branch outlets, not including its separate loan offices, says bank spokeswoman Amy McDevitt.

Dana Reddington, president of Wells Fargo's Idaho region, says the bank is optimistic about the future of the economy here and is seeking to maintain its position as one of the top small business lenders for loans under $100,000 in the Inland Northwest.

"We're looking to grow our market share and gain new business," Reddington says. "We have significant capital levels to lend and we'd like to do that."

The big San Francisco-based bank held about 7 percent of the market share in deposits for Spokane County as of the most recent Federal Deposit Insurance Corp. market share report, from June 2010. That number was up from 5.5 percent a year earlier.

Wells Fargo claimed to be the nation's biggest Small Business Administration lender in dollars for the federal fiscal year ended Sept. 30, 2010, with a total of $871 million in SBA loans, up more than 5 percent from $827 million in business loans. Wells Fargo also claimed to be the third largest lender in the U.S. for the number of SBA loans it extended, with about 2,470 individual loans in 2010, according to an October 2010 press release from the bank.

Reddington says he's observed that many of Wells Fargo's customers have adjusted their expenses to reflect the financial impacts of the slowly recovering economy. Some customers also have been able to reduce debt and as a result might be ready to borrow again, he adds.

"Are there still folks out there struggling? There still are—that's most certain—but we are seeing positive signs (of recovery) in some areas," he says.

Ken Schumacher, vice president and business banking manager for Wells Fargo's Idaho region, echoes Reddington's sentiments, and contends that one main reason the bank has done well despite the dismal economy is due to its conservative lending practices.

"We are pretty disciplined in lending," Schumacher says.

Wells Fargo hasn't changed its risk profile assessment standards during the economic downturn, he and Reddington say, but always has tended to be on the conservative side when it comes to lending.

"Even in the best of times we were a more conservative underwriter than other organizations," Reddington asserts.

Because of its ongoing cautious lending practices, Wells Fargo's portfolio of nonperforming assets is relatively small, he and Schumacher say.

In the last few years, Schumacher says Wells Fargo's business lending has shifted away from real estate loans toward operating lines of credit.

"After the downturn, businesses stepped back and quit borrowing in 2009 and 2010 because they couldn't or they were nervous," Schumacher says.

Now Schumacher says he's seeing that those businesses that might have held off on taking out a line of credit are ready to borrow again because sales activity is on the rise or because they need to replace equipment.

"The phrase that drives us crazy is that 'banks aren't lending money.' It's more of a demand issue than a supply issue. We are willing to lend. We aren't underwriting things differently and the policies haven't changed, but borrower conditions have changed," he says.

A recent ruling issued by the Federal Reserve regarding debit card swipe fees could create some revenue challenges for Wells Fargo and other big banks across the U.S.

The Durbin Amendment was enacted late last month after much controversy in Congress as part of the Dodd-Frank Act, which was passed about a year ago as a financial reform measure. The latest change to the act seeks to cap interchange fees that are assessed on a merchant each time a customer pays with a debit or credit card. The fees can vary and usually are based on a percentage of the total sale. Banks get a portion of that fee and the debit card transaction processing networks retain the rest.

The new measure, applied only to institutions with assets of $10 billion or more, would cap the interchange fee at 21 cents per swipe plus 0.05 percent of the total transaction sum.

Financial institutions that comply with new fraud prevention standards as part of the amendment could charge up to 24 cents per transaction, and the amendment's measures are expected to go into effect on Oct. 1.

The current average debit card transaction fee is around 44 cents, meaning banks such as Wells Fargo stand to lose a substantial source of revenue.

Reddington says Wells Fargo hasn't decided yet what actions it will take to counter that revenue loss.

"We're still analyzing our internal costs and expense structures around that," he says. "It will have a big impact on us, as with every bank when there is a reduction like that."