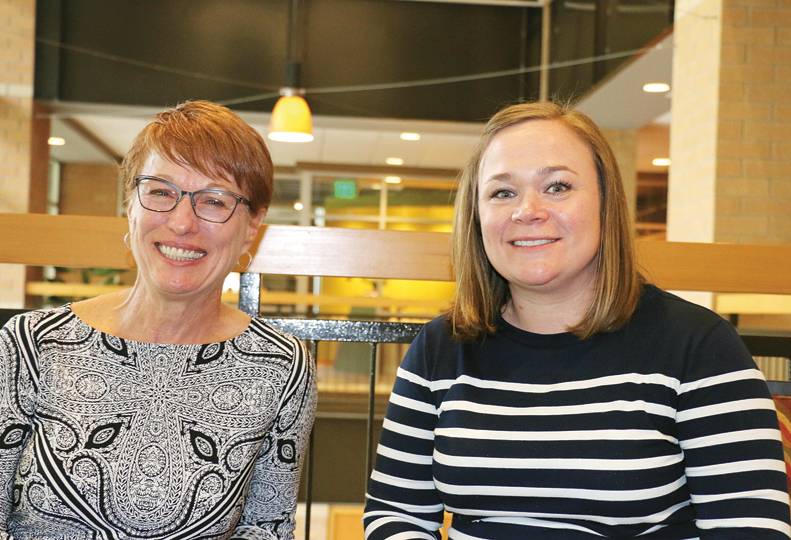 Not even the COVID-19 pandemic has been able to blunt the tide of growth the design-build construction company Verdis is experiencing.

Since becoming a member of the Small Business Administration’s 8(a) Business Development Program in 2016, Verdis has secured 99 federal projects, 19 of which are currently active, says Sandy Young, founder and principal of the Coeur d’Alene-based company.

The 8(a) program is a nine-year business development program that provides business training, counseling, marketing, and technical assistance to small businesses that have applied and then been accepted to the program.

Verdis has a greater ability to secure federal work with certifications as both a woman-owned business and an 8(a) operation. The federal government’s goal is to award at least 5% of all federal contracting dollars to small businesses and women- and minority-owned businesses.

Now doing business in 13 western states, Verdis recently secured its largest federal contract to date, an almost $4 million project in Alaska, where Young is from originally.

A 7.1-magnitude earthquake that struck south central Alaska on Nov. 30, 2018, continues to generate engineering and construction repair work through the federal pipeline.

Despite the flourishing federal work, Young says one of the requirements of 8(a) status is to maintain local work in the community. While she declines to disclose the firm’s annual revenue, she says close to a third of all income is generated by local projects.

Deemed as an essential business, Verdis anticipates annual revenue to double in 2020 over 2019. First-quarter revenue alone this year exceeded calendar year 2019, she says.

The company forecasts a nearly four-fold increase in revenue by 2022, compared with 2019 earnings, Young says.

“We’ve been able to self-perform much of our work, which is a big deal for an 8(a),” she says. “Very few firms do both engineering and construction. We seal fish ladders, rip up rails in powerhouses at dams, and restore old buildings and windows.”

With 25 employees, Verdis occupies roughly 2,000-square feet of space in a second-floor suite at Parkside Tower, located at 601 E. Front. It’s the company’s fifth location since its founding in 2007, Young says.

The two married in 2006, and the following year, Young says the couple began the process of going into business for themselves.

“He had been in business for himself for a while; he was a licensed landscape architect,” she says. “He’d say, ‘It’s not as easy you think, not every hour is billable.’ I remember sitting on a plane—we were going on a trip somewhere—and telling him, ‘Let’s do it.’’’

In the basement of a building in Post Falls, the couple set up an independent development and planning operation.

“Fortunately, because of our public-sector jobs, people knew us,” she says. “There weren’t many planners around, so we got a few clients right out of the gate.”

In 2012, Verdis was granted woman-owned business status through the SBA, but the business didn’t qualify for the 8(a) program due to the couple’s combined assets, she says.

Then, in 2014, Gary Young contracted cancer and died the following year. It was his death that allowed Verdis to qualify for 8(a) status, she says.

“On his death bed he said, ‘Get the 8(a). I want you to kill it. I don’t want to have to worry about you,’’’ Sandy Young says, fighting back tears.

Reflecting on that time, Young says the business took off as she poured herself into work as way to deal with the grief.

“That wouldn’t have happened if I would’ve had a spouse at home, right?” she asks rhetorically. “Who doesn’t want to be home at night?”

Young says she bought a new car and “hit the road” religiously in an effort to generate new business.

“Honestly, it seemed like such a longshot because you’re sitting there trying to sell your capability, and I really didn’t understand the world I was in,” she says. “We didn’t have any idea how to put a bid together, we didn’t know what we were going to do. We were designers.”

As Young tried to recruit clients, she was asked if Verdis did construction work. Upon answering no, she was met with a consistent message: Come back when you do.

“Three times I heard that. The fourth time I was asked, my answer was, ‘You bet we do,’’’ she says. “I came back and told staff we’re going to figure this out.”

Stephanie Blalack, a senior planner with Verdis, has a perspective about Young and the firm, unlike any other employee. She is the company’s first hire.

“I hired Steph out of college (2004) when I still worked for Kootenai County,” Young says. “When I jumped ship, I brought her with me.”

Says Blalack, “She was a phenomenal boss at the county, so when she left in 2007, I was just devastated.”

Seven months later, Young reached out to her with a job offer.

“But I just had this feeling that I knew she was going to make it,” she says. “If it were anybody else, I would not have left my government job.”