Zoned Out: Single family-exclusive zoning may become thing of the past

Inslee wants to ban zoning for single homes; some say it’s not enough 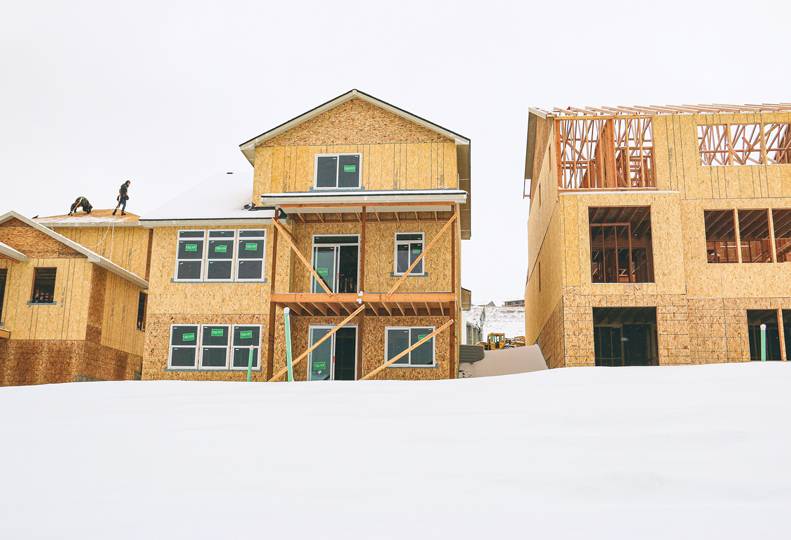 The Washington state Department of Commerce has proposed several changes to its Growth Management Act, and Gov. Jay Inslee has voiced his support for a policy that would essentially ban single-family zoning, but local real estate industry experts say the proposals leave much to be desired.

Changes include the proposed review of the entire chapter of Washington Administrative Code that provides guidance to local governments on best available science in critical areas regulations, Commerce says.

The update also would clarify parts of another chapter that guides procedures for adopting comprehensive plans and real estate development regulations.

The GMA, which was enacted in 1990, requires communities to review and revise, if necessary, their land-use plans and regulations every eight years.

The intentions behind growth management are sensible, says Darin Watkins, government affairs director for the Spokane Association of Realtors. However, Watkins say he believes the legislation has been counterproductive.

“The Growth Management Act has put so many restrictions on growth that it has hampered growth to a point of being dangerous,” he asserts.

As previously reported by the Journal, an April 2021 market needs assessment report commissioned by the Realtors association found that Spokane County’s housing market was underbuilt by almost 32,000 living units during the 2010s.

Jan Himebaugh, government affairs director for Building Industry Association of Washington, says she’s frustrated that Commerce proposes to add to the GMA, rather than trimming existing guidelines and regulations.

“Instead of doing stuff that eliminates the red tape, the cost of permitting, and the timelines around permitting, they continue to add to the Growth Management Act,” Himebaugh says.

On Dec. 15, Gov. Jay Inslee announced his support for a statewide policy that would effectively ban single-family zoning. The proposal would allow for up to four units on each lot in large and medium-sized cities. Single-family zoning restricts residences to one per lot.

“It doesn’t mean you can’t build a single-family house,” Watkins clarifies. “The governor’s plan says you can build up to a fourplex anywhere within the parameters of the city. That’s an aggressive step. We think it’s one of a number of steps that can be taken.”

“Some areas in Spokane are zoned a certain way so that with the lot size, you can’t really do a functional townhome, which is a taller and narrower home style,” White says. “Part of the reason developers don’t build certain types of homes is because it’s just not functional with the way the zoning is.”

“My fear is that, while they’re saying that the local jurisdictions have to allow this kind of housing, it will only be allowed with so many restrictions that it never happens,” he says.

Frank says he’s concerned about the wording of the proposed changes to the GMA.

Such language is used to subtly prohibit neighborhood changes, he says. For example, a four-unit residential building might draw complaints that it visually disrupts a neighborhood that is otherwise single-family homes.

“Whatever form that missing middle housing takes, it’s going to be different than the form that’s present in existing neighborhoods that were developed mostly in the middle of the century, from 1940 through 1990--most of the housing was developed at a time when there were big single-family houses on big lots,” Frank says.

Missing middle housing is a term coined in 2010 by architect Daniel Parolek. According to the Missing Middle Housing website, the concept refers to multifamily housing, typically of between four and eight units, in walkable neighborhoods with nearby retail and public transportation.

“To go back and say, we have to have middle housing, but we also have to do it in a way that ‘protects neighborhood character’ or ‘preserves the quality of existing neighborhoods’ is impossible, because everybody reads that as meaning that the only thing that protects my neighborhood is houses like mine,” Frank says.

“It’s almost impossible to build a new house below the median home price,” he says. “Because new inventory of smaller, more affordable new houses isn’t being created, the price of those houses will escalate faster than upper-priced houses.”

Frank says that homebuilding activity and homebuying has ramped up in North Idaho as a direct result of Washington’s policies.

Commerce says it intends to file a formal code revision in April.