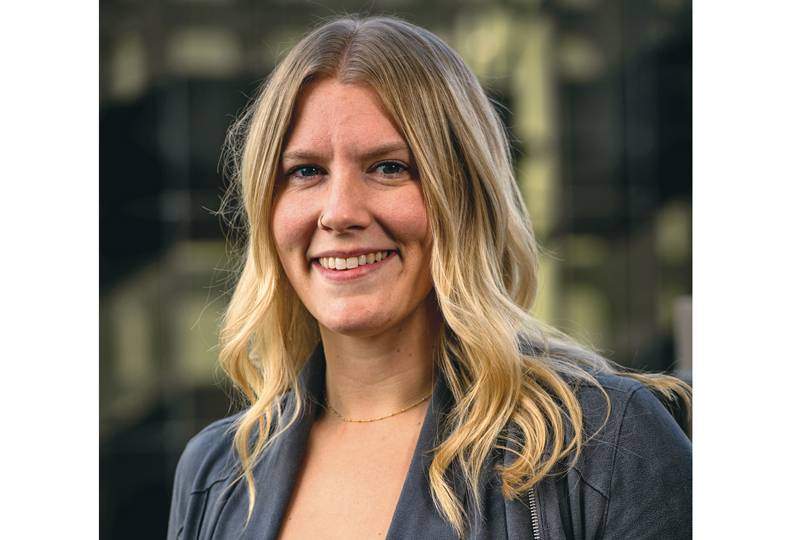 Rosemary Warnick, owner and president of Premier 1031 Inc., says she became a business owner almost by necessity, after her mentor died, leaving a void in service providers for Spokane-area commercial real estate transactions known as 1031 exchanges.

Warnick, who was born and raised in Albany, Oregon, came to Spokane in 2006 after attending two years of community college in Oregon.

Over the next eight years, she worked in the real estate, finance, and health care industries, before Shelley Hengesh, owner of Custom 1031 approached her about learning the 1031 exchange business in 2014.

“When I started working at Custom, I knew she was looking for a key employee,” Warnick says of Hengesh. “She was my mentor to the entire industry. It’s very much a niche; you have to learn from somebody who already knows it.”

Warnick took the exam to become accredited as a certified exchange specialist and learned that she had passed it just two days before Hengesh passed away.

It was only then that Warnick thought about becoming a business owner.

“I really enjoy the work that I do. It’s important to do in our community, and I wanted to be able to continue to provide that service,” she says.

Operating as Premier 1031, she started taking new business in January 2018.

The 1031 exchanges, which are named after the IRS code that regulates them, allow property owners to sell commercial real estate and defer taxes on capital gains when they reinvest the proceeds in other commercial properties.

As a leader in the field, she heads workshops for real estate attorneys and Realtors, and she’s also been asked to speak to CPAs to help people understand the 1031 exchange concept.

Warnick asserts that Spokane has benefitted from such reinvestments, as more than 85 percent of her exchange clients are reinvesting in Spokane.

“I also have a lot of people moving money from elsewhere into Spokane,” she adds. “I think it really helps keep our money local and helps build the community.”

She says she enjoys working most with people who value making Spokane a better place.

“She’s one of the elements that allows us to save money and invest in other projects,” Tampien says. “We can bring her in to advise on projects, even if they don’t turn into anything. We try to come up with creative solutions fitting within the boundaries of a 1031.”

Warnick says she’s happy with what she’s achieved so far as a business owner in Spokane.

“I couldn’t have dreamed of being as successful as I am right now,” she says. “But I do remember when I came here thinking this is a great place to start a business. And it turned out to be true.”

Premier 1031, which is located on the fourth floor of the Paulsen Center, at 421 W. Riverside, has two other employees, one of whom recently passed the exchange certification exam.

Warnick says she also hopes her daughter, now 5, will see her as a mentor someday.

“My hope is that my daughter will have an interest in it and will want to be a part of it,” Warnick says.