Self-taught producer is casting a spotlight for others to shine 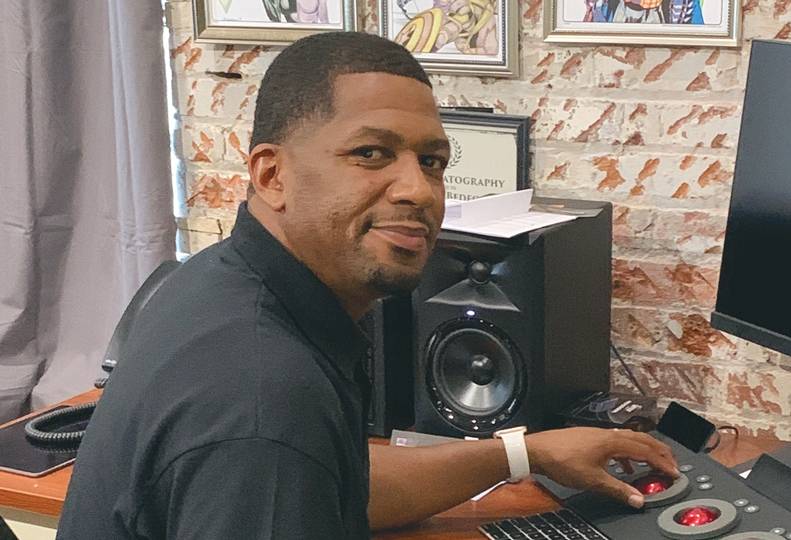 Working as a roofer in the construction industry in his early 20s, DaShawn Bedford often found himself daydreaming about what he really wanted to be doing.

And that was shooting video.

“It probably wasn’t the smartest thing to be on a roof and thinking so hard about something else,” the now 39-year-old Bedford says with a laugh.

Operated by Community-Minded Enterprises, CMTV14 was founded in 2007. Locally produced content can be found on Comcast Corp.’s channel 14. Bedford began working for the nonprofit in 2012 as a part-time associate.

He was promoted to production manager in February.

In her nominating letter, Sara Desautel, Community-Minded’s chief philanthropy officer, says Bedford is the first worker in the building and the last one out.

Writes Desautel, “He is 100% self-taught and didn’t go to school for this. When new methods and technology come out that might work for CMTV, he takes it upon himself to learn all about it.”

Bedford and his team of programmers and videographers also produce public service announcements, short videos, and an assortment of vignettes for businesses and a variety of organizations.

Bedford, who graduated from Rogers High School in 1999, attended Spokane Community College where he played basketball for two years, one of which was a Northwest Athletic Association of Community Colleges championship season.

Following that time, he started a brief career in construction. However, “playing around” with video cameras sparked an interest in video. In 2006, he bought his first high-end camera, a $2,500 Canon Xl1 camcorder, he says.

“It was a great time, and I got a chance to see that this was something that I really loved,” Bedford says.

As a self-taught videographer, he quickly developed a reputation among aspiring hip-hop and rap artists here and in Seattle as someone who could generate high quality work for music videos.

Bedford says his “big break” occurred when he was awarded a contract from Spokane International Airport.

“It was a series of training videos they wanted to have put together,” Bedford says. “Construction had started on the air-traffic-control tower, so there was a little bit of buzz going on at the airport.”

Bedford says he bid $20,000 for the work. Later, he learned there were video production companies and individual videographers who put in bids that exceeded his by tenfold.

The experience led to production roles on the television show Z Nation. He’s also served on production teams for Home Sweet Home, The Rachel Dolezal documentary that aired on Netflix, and the superhero film Moon Knight, he says.

Recently, the nonprofit arts organization Spokane Arts awarded Bedford a $5,000 grant toward the production of a documentary about Bobby Jack Sumler, a Spokane basketball legend who played at SCC for the 1985-86 season.

While forming a growing network of contacts up and down the West Coast, including in Los Angeles, Bedford says Spokane is the perfect place for he and his wife, Marina Bedford, and their three children, Niessa, Daente, and Daeandre.

And despite the fact more attention is starting to drift his way, Bedford says he’s found a home at CMTV14, with its office at 104 E. Third, on the east edge of downtown Spokane.

The general rule of thumb, he says, is the bigger the production, the lower the chance of having any influence on the project’s outcome.

“As a community producer, you’re helping people to tell their stories,” Bedford says.