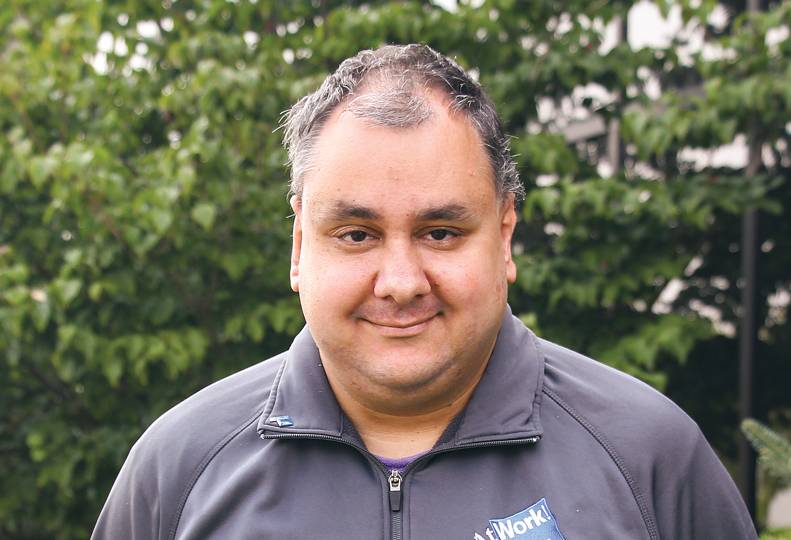 John Lemus says he's always been outspoken about advocating for people with intellectual and developmental disabilities.

His passion and candor launched his career in advocacy almost by accident.

In 2012, Lemus was speaking at a Community Employment Alliance event in Seattle, recounting to the audience his negative experience working for Spokane-based nonprofit Skils'kin.

"I said, my first work experience was working at the base for subminimum wage pulling weeds, and I hated it —I got my first paycheck and took it to my dad, and I said, what the hell is this?" Lemus says. "I didn't know the (Skils’kin) CEO Brian Behler was in the audience, and we chatted afterward. Shortly after that, I went to work for them for four years as their community relations facilitator."

Lemus says Behler proved to be a valuable mentor.

"I credit him with turning me from a bulldog advocate into a more seasoned professional, who's able to think about both sides of an issue," Lemus says.

Behler says Lemus is an example of someone who lives their passion.

"John's pretty unabashed in his advocacy," Behler says. "It's refreshing to know and hear from somebody who's authentic and speaks his mind. We could all use a little more of that. He's somebody who, for himself and for other persons with disabilities, wants mainstream opportunities."

Lemus, age 36, says he often jokes that people with disabilities typically are placed in a job in one of four "F" fields: food, filth, factory, and foliage.

In his current role as advocacy coordinator at the Spokane office of Bellevue-based nonprofit disability employment company AtWork, Lemus spends much of his time working to advance legislation that can help people with disabilities.

His aim, he says, is to create more job opportunities for people with disabilities in fields that often lack employee representation from that group.

"I want to work toward creating things that are out of the box, that aren't just bagging your groceries where you'd expect to see us," he says.

Lemus moved with his family to Spokane in 1991, where he attended Cheney High School and North Central High School before graduating from Community Images, Spokane Public Schools' transition program for people with developmental disabilities.

Lemus spent three years working as self-advocacy coordinator at nonprofit The Arc of Spokane, through an AmeriCorps program. When that program ended, he spent several years unemployed before he went to work at Skils'kin.

"I'd tried going out and finding traditional jobs. It's really hard for people with intellectual and developmental disabilities to find those jobs," Lemus says. "I was very stubborn; I knew what I wanted to do."

After he left Skils'kin, Lemus worked as an organizer on the 2016 congressional election campaign for Lisa Brown.

From Brown's campaign, Lemus was recruited to work for the local offices of AtWork. The job was part time until last year, Lemus says.

"What I love about my job here is that I get to do work that I love every day, and it's about shaping programs and policy and system change that will have a better impact for people with disabilities and their families," Lemus says.

Lemus says that representation of disabled people in organizations that serve them is a cause close to his heart.

"I don't feel like a lot of the organizations that purport to serve people ... have good representation from the people that they're actually serving," Lemus says. "That's been my thing for years. How can you say you're here to serve individuals with intellectual and developmental disabilities when you don't have them on your board of directors, you don't have them in key leadership roles on your staff?"

Lemus says he's driven by a saying that's common in the disability advocacy community: "Nothing for or about us without us."

"There are so many organizations that haven't yet come to understand that they need representation from the people they're serving," he says.