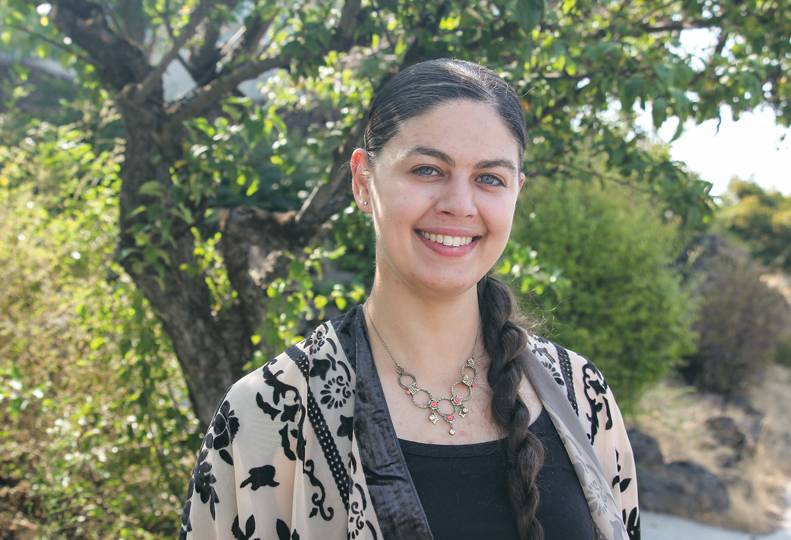 Where Maayan Gordon’s curiosity and passions lead her, she follows.

The 30-year-old entrepreneur currently is involved in five businesses and maintains a thriving social media presence across several platforms.

Gordon also has social media followings on Tik Tok, Instagram, and LinkedIn, where she displays the glass blowing skills that she’s honed in her home studio, advertises products for brands, and posts about her life in Spokane.

Gordon says she’s been starting businesses for about a decade.

“Curiosity is a big driver--I never lose a sense of wonder for the world,” Gordon says. “That curiosity is largely connected to or powered by imagination.”

Toby Broemmeling, former director of the West Plains Chamber of Commerce, left that position in November 2020 and joined Champion Empire as director of business development. He says Gordon is fearless in her pursuits.

“She’s very confident in where she wants to go,” Broemmeling says. “She is her own self and is so comfortable in who she is that it inspires others to be the same.”

Broemmeling says that while most of Gordon’s clientele have been located outside of the Spokane area, she’s begun to establish a more prominent role in the local business community.

“The impact she’s going to have is going to continue to grow over time,” he says. “People like her in our town are going to help us see the opportunities outside of our area and how Spokane can influence not just the local region, but have a global impact.”

Gordon was raised in Seattle and attended three semesters at Los Angeles private liberal arts institution Occidental College. She’d been planning to become a veterinarian, but claims she found the courses less than engaging. She became a freelance copywriter.

When Gordon decided to create a graphic design sticker and T-shirt business, she found herself dissatisfied with the manual labor aspects of the job. It was through the sticker business, which frequently serves the glass blowing industry, that Gordon discovered an affinity for glass blowing.

“At that point, I was trying to find things in my life that could sustain my interest,” Gordon says. “So, I pivoted, bought all the equipment, set up a home studio, and started blowing glass every day.”

“TikTok took off for me right away,” Gordon says. “I got my first viral video within the first two weeks.”

“Social media is this incredible place where you can do endless experimentation,” she says. “I like to think of it as a social science lab.”

In January, Gordon and her husband, Ben, will be departing from Spokane with plans to return after about two years. They’ll be embarking on a tour they’re calling the Support Small Businesses Across America Road Trip, which will take them in an RV through 101 cities in 48 states.

“We’re going to be creating content for small businesses, showcasing that content across my audiences, providing them with pieces of content to help get their social media going,” Gordon says.

She also aims to provide social media workshops and other activities for businesses along the way, she says.

Gordon says she’ll start looking to exit some of her companies when she returns to Spokane. She says, however, that she’s careful not to make plans too soon.