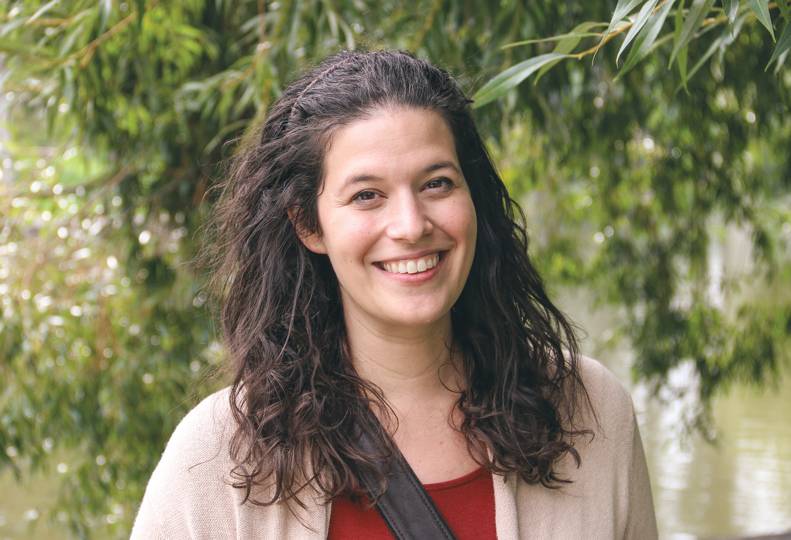 With her father being a physician, it’s probably not a stretch to think that Dr. Jessica Lundgren, of Providence Health Care, ultimately would go on to the same profession.

But the 35-year-old internal medicine physician says she sometimes still finds herself a little surprised at her career choice. Currently she’s a physician at Providence Sacred Heart Medical Center.

With a strong int-
erest in science, Lund-
gren says she thought she’d be a teacher, not a doctor. She adds, however, her current position allows for the best of both worlds.

“I’m a primary care provider to patients,” Lundgren says. “But I also have a lot of teaching responsibilities.”

Lundgren’s father, Dr. Mark Stewart, often took her to Take Our Daughters and Sons to Work Day when she was a child in Virginia.

“I think that implanted the idea that medicine is kind of cool,” Lundgren says of the experience.

Her family migrated west when she was in high school, and Lundgren went on to earn her undergraduate degree from Western Washington University, in Bellingham, Washington. Following college, she worked at a hospital in Bellingham as a lab technician, as well as a local nonprofit that provided medical services to low-income and indigent clients who were HIV positive, she says.

“I think that really helped solidify for me that I really wanted to pursue medicine,” she says.

In his letter nominating Lundgren as a Rising Star, Dr. Darryl Potyk, chief for medical education for the University of Washington School of Medicine-Gonzaga University Regional Health Partnership, says Lundgren’s desire to pursue further HIV/AIDS training on her own has helped her become a local expert in the care of patients with those diseases.

“Dr. Lundgren is amazing in how she develops rapport and truly cares about her patients as well as taking care of them,” Potyk says. “In so many ways, Jessica is a doctor’s doctor.”

After completing her undergraduate degree, Lundgren went on to earn her doctorate in osteopathic medicine at Des Moines University, in Iowa, before completing her residency at Spokane Internal Medicine.

Lundgren says she enjoys the variety of her job.

“I get to be a primary care doctor and have relationships with patients, but I also get to work with medical students in the hospital,” she says.

Lundgren adds, “Teaching is a constant area of growth. I’m the teacher but I also learn from them.”

She strives to be patient as a teacher, she says.

“I try to put myself in the position of the learner,” she says. “I consciously try to remember what it was like to be a resident or to be a first-year medical student. I try to give them grace.”

Like many of her peers, she never imagined one day she’d be working in the midst of a pandemic.

The presence of COVID-19 has delivered even more stress to the personal and professional lives of the medical community.

Lundgren and her husband, Nate Lundgren, welcomed daughter Evelyn into the world in December.

“That was trying for sure, and still is,” she says. “I tried my best not to get COVID and still take care of patients.”

Lundgren says she heaved a sigh of relief once vaccines were developed, believing the virus would soon be eradicated.

Lundgren says she’s focused on continuing to take care of herself while also helping to take care others. She makes it a point to take opportunities to relax and get as much physical exercise as possible.

“That really, really helps. You actually have something to break the stress cycle because it’s a physiological thing,” she says. “I feel like it works.”