As proposed, project would include three stories of memory care 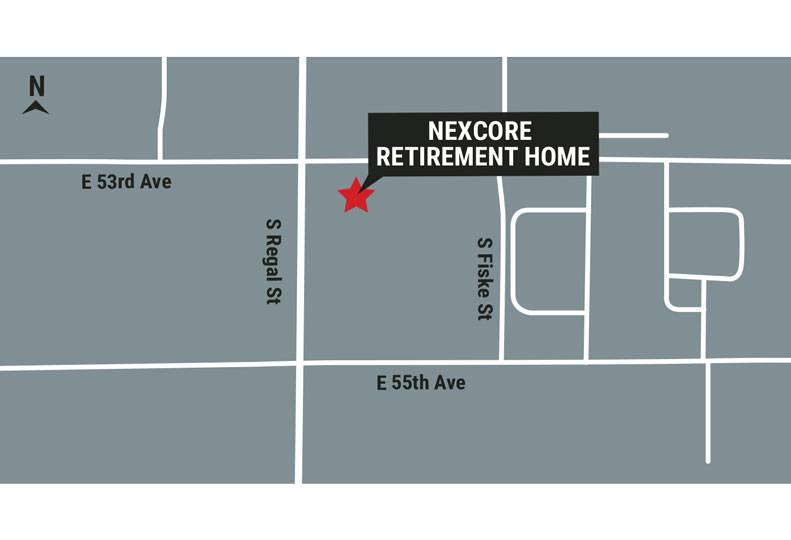 A Denver-based health care facility developer is planning a $22.5 million assisted living and memory care facility on Spokane’s South Hill, according to predevelopment documents on file with the city of Spokane.

A representative of NexCore couldn’t be reached immediately for comment.

The site is located just north of MUV Fitness South Spokane and the South Spokane YMCA of the Inland Northwest, and a few blocks south of the Regal Plaza, on Spokane’s South Hill.

The building will be configured in the shape of an X between Regal and Fiske streets, site plans show. Each floor will be roughly 40,800 square feet.

Site plans also show a 95-stall parking lot just off Regal and landscaping on the east and south sides of the building.

While the number of units planned for the facility isn’t listed on preliminary planning documents, site plans show an administrative office, dining area, and theater will be in the building. The complex will have a mix of assisted-living and memory care units, site plans say.

The site is owned by Vaughn’s 57th Avenue LLC, which is governed by Cyrus Vaughn, who founded and co-owned Cyrus O’Leary’s Pies until February 2020, when the company sold to Sara Lee Frozen Bakery.

In 2016, the site on South Regal was proposed to be developed into a 9-acre Regal Commons shopping center. The center was envisioned as a two-phase development, with two drive-thru restaurants planned to be located along Regal Street, and a grocery store just east of Regal Street.

NexCore Group owns and operates at least six retirement communities throughout the country, primarily in the Midwest.

However, this is not the company’s project in Spokane.

In 2007, NexCore partnered with Providence Health & Services to build the four-story, 104,200-square-foot medical complex at 212 E. Central, in Spokane, as well as building an addition to the surgery and oncology center at Providence Holy Family Hospital during that time.

The company also once planned to develop a 60,000-square-foot medical office building in the University District in 2008, but those plans were a casualty of the Great Recession.

NexCore has developed at least 80 health care facilities throughout the U.S., including several in Washington, Oregon, and California, according to its website.