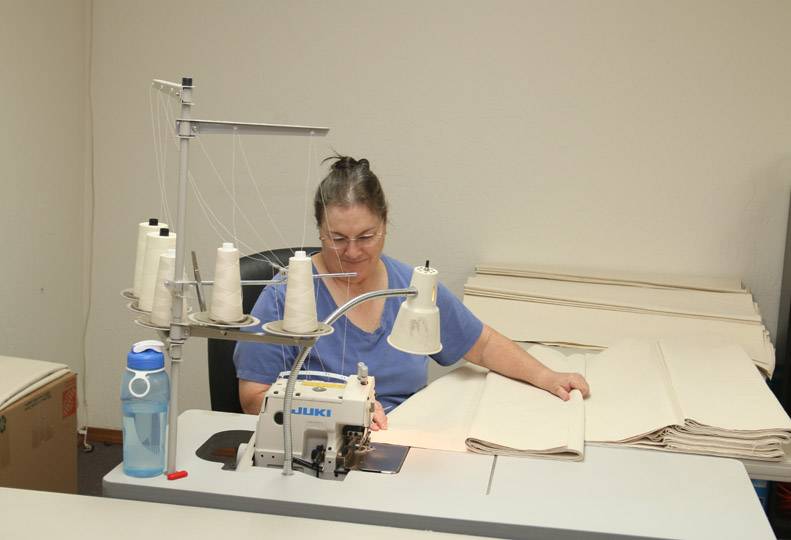 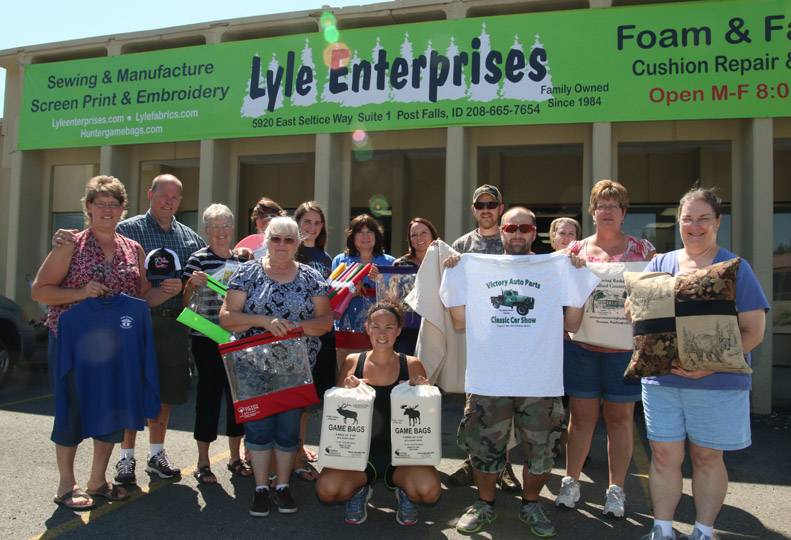 After years of contraction in the sewing manufacturing industry, some remaining sewing manufacturers here are seeing a resurgence in sales and employment growth, and others are looking at setting up operations in the Inland Northwest, some industry sources say.

Among longtime operations here, Lyle Enterprises Inc., formerly of Coeur d’Alene, has moved to Post Falls to focus on manufacturing; K-L Mfg. Co., of Spokane, is planning a move to larger quarters; and a big Seattle company is starting production at the All Seasons Apparel Inc. factory in Post Falls.

More growth in the sewing manufacturing industry could be on the horizon, says Jim Koon, a commercial real estate broker at the Coeur d’Alene office of NAI Black.

“In conversations, they say that sector is growing,” Koon says. “They need additional space, and they need to hire more employees.”

Earlier this spring, Lyle Enterprises, which does business as Lyle Fabrics, Crafts & Gifts, vacated its longtime Coeur d’Alene location, which had a retail storefront along with manufacturing operations, and moved to Post Falls.

“Now we’re strictly manufacturing and distribution,” says Steve Lyle, president of Lyle Enterprises. Within a month of moving into a multitenant building at 5920 E. Seltice Way, the company expanded into adjacent space and now occupies 10,000 square feet of floor space there.

Lyle Enterprises’ products include lines of cloth and vinyl storage bags, which the company distributes to various retailers, including Sears, Walmart, and Jo-Ann Fabrics.

“We’ve sold to chain stores over the years, and we sell to the top three distributors in the craft and quilting industries in the U.S,” Lyle says.

Most customers, though are small, independent retailers, which can have Lyle Enterprises imprint their logos on the products.

The advantage with the Seeyourstuff line is that it’s quick and easy to make them, he says.

Lyle Enterprises has established an efficient supply chain that can restock the company with materials for the bags with about five days’ notice.

The recession interrupted manufacturing of other longtime Lyle Enterprise products.

“We used to do a lot of game bags for the elk- and deer-hunting population,” he says.

Game bags protect game meat from insects and debris during transport from the field.

In 2007, Lyle Enterprises gave up manufacturing game bags, even though demand for them never waned.

The lag time between production and payment for the game bags took several months, causing a crimp in cash flow, he says, adding, “The banking industry didn’t help out. We lost our ability to borrow money readily through the normal process.”

Lyle Enterprises’ annual sales bottomed in 2009 at 40 percent below prerecession levels and didn’t pick up significantly until 2011.

Since then, Lyle decided to cut back on the retail side of the business, a move that’s paying off as manufacturing picks up.

Lyle Enterprises also offers quick turnaround T-shirt printing and embroidery services. The company can fill orders and collect payments for printing orders within a span of five to 10 days, he claims.

He says it may take another year or two for total sales to reach prerecession levels.

Currently, the company has a two-month backlog of orders, and it has resumed making game bags for distribution to sporting goods stores mostly in Rocky Mountain states.

“Things are turning quicker,” he says. “Before, when we were producing game bags, we started processing orders in February or March and didn’t see payment until September or October. It takes a lot of money to do that.”

Lyle says he recently hired a few sewing machine operators and is looking for a couple more.

It’s not as easy to find people with that skill set as it was several years ago, he says.

“In the 1990s, when there were six or seven sewing factories in the Spokane-Coeur d’Alene area, we never had a problem finding people who wanted to work for a smaller mom-and-pop operation,” Lyle says.

Now there are only a few such companies left in the Inland Northwest, and many people skilled at sewing are approaching retirement age, he asserts.

Here in Spokane, K-L Mfg. Co., a contract manufacturer of active and outerwear apparel, plans to expand its operations in larger quarters, a predevelopment application on file with the city of Spokane shows.

The K-L Mfg. project, which the predevelopment application describes as a clothing factory, would be developed inside the former Camp Chevrolet parts warehouse at 108 E. Jackson Ave, the preliminary site plan for the project shows.

That building recently was posted with “sold” signs by Plese Realty LLC, of Spokane.

Michael Graham, Plese’s listing agent for the property at the southeast corner of Jackson Avenue and Ruby Street, declines to identify the purchaser, except to say it’s “a local buyer who will be hiring people.”

Graham says he expects the transaction to close by next month.

The main section of the manufacturing plant would occupy 56,500 square feet of floor space, the preliminary site plans shows. It also would include a 7,000-square-foot covered receiving area with two truck doors and 10 parking spaces, the site plans shows.

Two sections of the building totaling 57,700 square feet of space, aren’t included in the project.

Architectural Ventures, of Spokane, is designing the project.

In other activity in the industry, it also appears big changes are in store at the longtime All Seasons Apparel manufacturing plant in Post Falls.

A person contacted there says All Seasons is now C.C. Filson Co., and referred inquiries to Filson’s headquarters in Seattle, but company executives there couldn’t be reached.

Filson is a manufacturer, distributor, and retailer of high-end, U.S.-made outdoor apparel.

Dulin says Filson has 51 permanent employees and 15 temporary employees in Post Falls, and the company declines further comment for now.