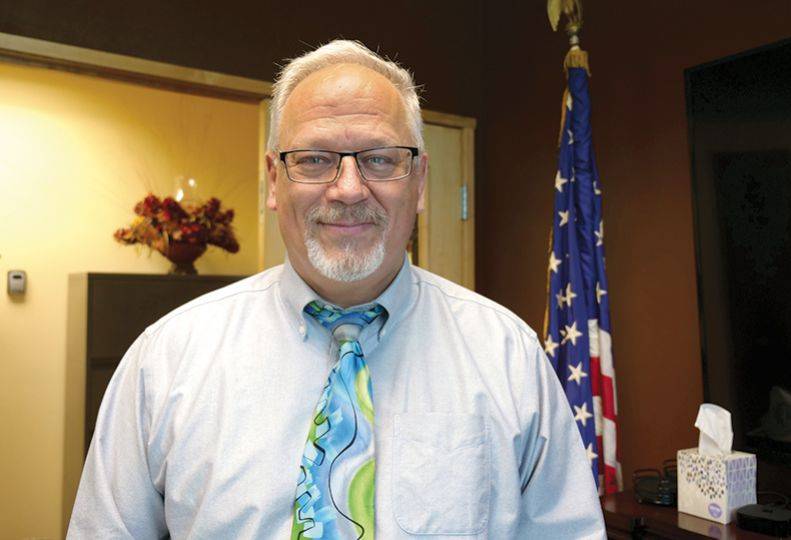 Federal interest rates are expected to rise continually, and inflation pressure could ease slightly, resulting in more expensive loans for borrowers who have less money to spend because of the current high costs of goods and services.

The Federal Open Market Committee projects interest to reach between 1.4% to 3.1% and inflation to range between 3.7% to 5.5% by the end of the year.

The Fed’s most recent projection report, released in March, is in line with last year's economic forecast as the Federal Reserve seeks to maintain high employment and price stability in the economy.

Recent hikes in interest rates have slowed business lending, but not alarmingly so yet, some finance and economic observers here say. They agree the biggest challenge facing business borrowers is climbing inflation, which has resulted in declines in consumer spending.

Steve Scranton, chief investment officer at Spokane-based Washington Trust Bank, says rising interest rates are having a bigger impact on consumer lending now than on business lending, but he cautions that businesses will likely feel an impact later this year, as the Federal Reserve intends to raise rates again.

Scranton says, “The Federal Reserve is indicating they anticipate raising short-term interest rates by 2 percentage points more by the end of the year compared to where they are now. I think that’s when it will really start to impact a small business that’s trying to borrow.”

Peter Sweeney, owner of Coeur d’Alene-based Lake City Mortgage, a brokerage for both residential and commercial lending, says the current rate climate has priced out some borrowers, but they’re still low by historic standards.

Sweeney says, “Lenders are still out there lending, but if you’re a business owner, you’re going to want to be somewhat prudent in terms of the additional debt you bring on.”

John Mitchell, owner of Coeur d’Alene-based M&H Economic Consultants and former chief economist for U.S. Bank, says the financial outlook at the end of 2021 was that the economy would continue to grow, but at a slower pace in the new year. Inflation was an emerging concern, but it was expected to moderate as supply chains settled. Meanwhile, the Federal Reserve was preparing to raise interest rates.

“Now, here we are mid-year 2022, and a number of things have changed. The Fed has made two rate increases and is shrinking its balance sheets,” Mitchell says. “Interest rates have risen, and the expectation is the economy is going to slow down even more. The big policy question is: Are we going to have a soft landing, or is it going to be something more serious in an effort to bring down inflation?”

The prime rate is set by the majority of the top 25 U.S. chartered commercial banks and is one of several reference rates used by banks to price short-term business loans, according to the Federal Reserve’s website. The Fed has no direct role in setting the prime rate, but many banks choose to set their prime rates partly on the target of the federal funds rate.

The federal funds rate—the rate at which banks lend money to each other on a short-term basis—influences other lending rates, including business loans.

The central bank’s goal is to manage inflation at a rate of 2% annually to maintain maximum employment and price stability to contribute to a well-functioning economy.

In August 2020, the Federal Open Market Committee announced it was allowing a higher rate of inflation to help ensure maximum employment. By the end of 2021, inflation had risen to 7%, according to the U.S. Bureau of Labor Statistics’ Consumer Price Index. In March, inflation had increased to 8.3% from a year earlier.

Mitchell says he’s noticed that rising interest rates aren’t affecting lenders significantly yet either, as financial institutions currently have plenty of money to offer and are actively lending to business borrowers. Mitchell says the catch for lenders is determining which businesses need to borrow in this climate.

“From a lending standpoint, I don’t get the sense that there are difficulties in getting financing. I think banks have a lot of cash and are looking for (borrowers),” Mitchell says.

Sweeney concurs and says the ability to get a business loan remains strong, even as demand for large loan amounts has diminished.

Sweeney says lenders will be looking at the previous year’s financials.

“The ability to get a loan is still strong, even if their present capacity is diminished and their business revenue is down,” he says. “They can still qualify on what they did last year.”

Scranton adds that commercial lending at Washington Trust Bank has slowed, although he doesn’t attribute the slowing to rising interest rates exclusively. He says some businesses still have funds from the Paycheck Protection Program and therefore don’t need to borrow for expansion.

“The other issue is the general slowing of the economy,” Scranton says. “Our loan volume has slowed in line with that, but not anything worse than anticipated for a slowing economy.”

On the upside, Scranton says, high interest rates are great for savers right now, albeit worse for borrowers as the cost of using the lender’s money to finance their business projects has increased.

Mitchell says another positive note to keep in mind is that the labor market has rebounded to near pre-pandemic levels of employment and sits at about 1.1 percentage points below February 2020 employment levels, even while inflation increases and consumer confidence in the economy declines.

Scranton says prices of consumer goods have gone up so much that a lot of businesses are seeing consumers cutting back on purchases.

“Especially with gas prices, as they’ve really spiked since the beginning of the Russia and Ukraine war, I think that’s what’s hitting the consumer’s pocketbook,” he says. “As a result, business is slowing and borrowing needs are smaller because they don’t have the same projections for growth that they had before.”

Scranton says the Fed has been behind the curve and should have started raising rates last year. “I actually think the Fed needs to be careful that the consumer isn’t being hurt by these high prices. If the Fed gets too aggressive in raising rates, that could really start to cause a larger problem. But so far, I think it’s actually been too slow in starting the process.”

He says it may be up to the consumer to control spending to bring inflation back down.

Scranton says his concern is that high inflation and an increased borrowing cost is what historically has pushed the economy into a recession.

“It’s not happening yet, but that’s why I keep telling people to really watch the Federal Reserve if they get too aggressive in raising rates,” he says. “But so far, I think they’re doing what they’re supposed to be doing.”