Adam Hegsted, others cook up culinary events through JAKT Group 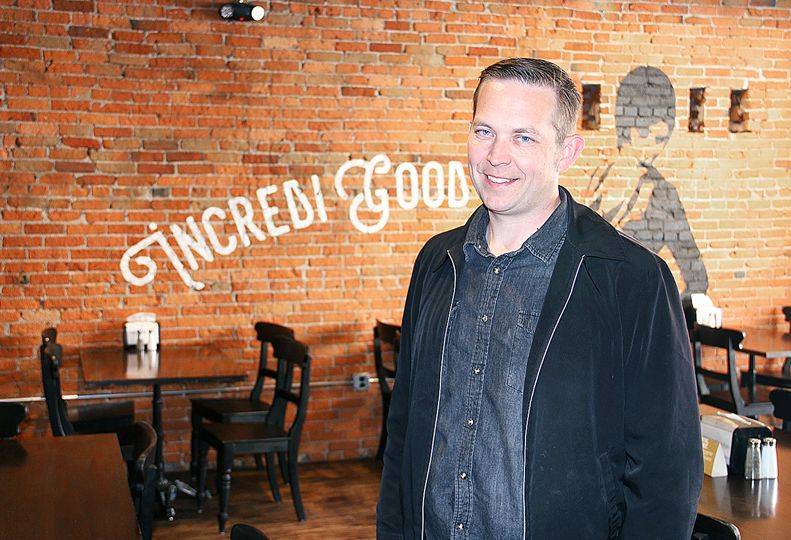 -—LeAnn Bjerken
Chef Adam Hegsted is one of four founders of the JAKT Foundation, a new nonprofit that hopes to bring more culinary events to the region.

The JAKT Foundation is a newly developed nonprofit that is making a name for itself through organizing events that focus on bringing a new appreciation for culinary arts to the community of Spokane Valley.

The foundation’s name, JAKT, is made up of the first initials of Karen and Tom Stebbins, owners of Newman Lake-based Vision Marketing, and chef and restaurant owner Adam Hegsted and his wife Jenny.

“My background is in working with nonprofits and my wife and I both had a desire to serve the greater community,” he says. “The JAKT Foundation is another way for us to use our time and talents to give back.”

Hegsted, meanwhile, is the executive chef and owner of the Eat Good Group of restaurants, which includes Wandering Table, Gilded Unicorn, IncrediBurger & Eggs, and Yards Bruncheon, all in Spokane; Farmhouse Kitchen and Silo Bar, in Ponderay, Idaho; Eat Good Café, in Liberty Lake, and Republic Kitchen and Taphouse, in Post Falls.

“I’d been talking about making a food event for a while, I just wasn’t sure who to partner with to get it started,” says Hegsted. “Tom knew I had a catering contract with CenterPlace Regional Event Center, so he asked me if I’d be interested in doing something that would help build culture and tourism in the Valley.”

He adds, “From the start, I had a bigger vision for this than a one day event, I saw it as a catalyst we could use to keep driving growth in the culinary scene as well as the hospitality industry.”

Founded in September 2017, the JAKT Foundation is the nonprofit behind the Crave! Northwest Food and Drink Celebration, Spokane Oktober Fest, and the Spokane Valley Farmer’s Market.

All three events are held at Center Place Regional Event Center, a 54,000-square-foot event venue at 2426 N. Discovery Place, just north of Interstate 90 along Mirabeau Parkway. The venue is owned by the City of Spokane Valley and managed by its parks and recreation department.

“Spokane Valley doesn’t have a plethora of regional events, so we wanted to create a regional event that would bring tourism and economic development, as well as a greater sense of community,” Stebbins says.

Stebbins says the foundation was formed just months prior to the hosting of its first Crave event in July 2017.

He says the organization currently has between 20 and 50 volunteers and welcomes all levels of commitment from time and services, to donations of food or cash sponsorship.

Stebbins says the foundation doesn’t yet have any full-time employees and despite being well funded, isn’t self-sufficient yet.

“We get some minimal donations and have a fund set up through the Innovia Foundation where people can go online and donate directly,” Stebbins says. “Vision Marketing and the Eat Good Group donate their own time and services to these events, but we’re always seeking donations and new sponsorship partners.”

Stebbins and Hegsted both say the foundation’s goal is to achieve enough financial stability to be able to eliminate debt accumulated in its first two years of operations, and use future funding toward growing its event portfolio.

“It will take us some time to get ahead financially,” he says. “We’ve gotten smarter since we first started, but events like this are always a challenge to organize and fund, with a lot of risk and a lot of moving parts. That’s why I encourage people to go to more local events and support them, because that’s how they’re able to continue and grow year after year.”

Hegsted says events like Crave involve an entire year’s worth of planning and networking both before and during.

“We invite potential partners and new businesses so they can get a sense of what it is we do and how this event could align with their own business or volunteer goals,” he says. “We start planning for next year almost directly after the last day’s events wrap up.”

Stebbins says both Oktoberfest and Crave have the potential to grow into larger events, but the reality of costs is a big issue.

“These are both six-figure events, with the cost of renting tents, security, live music, flying in and hosting big-name chefs, the list goes on,” he says. “We could grow bigger, but the reality is that we just can’t afford those expenses yet.”

Stebbins says Crave and Oktoberfest last year brought in about 3,000 people and 4,500 people, respectively, while this year’s first two Farmer’s Market events brought in a total of about 2,000 people.

“Attendance is growing, but these definitely have room to grow bigger,” he says. “We’re working to increase ticket sales, but it takes time to generate interest.”

He says the Spokane Valley Farmer’s Market is the foundation’s newest event offering, having started early last month and continuing every Friday night through Sept. 13.

“Local farmers are part of the food scene, their story is another aspect that we wanted to highlight, which is how the Farmer’s market got started,” he says. “Farmer’s markets are difficult to organize, and they don’t make much of a profit,” he adds. “We were fortunate to have the city of Spokane Valley provide an underwriting grant and two larger sponsors, Avista Corp., and MultiCare Health System, step in to help us get started.”

Adds Hegstad, “Farming is really difficult, and farmer’s markets do a lot to help small growers be successful. We felt that adding a farmer’s market event would help further interest in farming and do more to connect people living in the Valley to locally sourced food.”

Hegsted says Oktoberfest is another event designed to generate interest or create a new experience for attendees.

“We have a large German population here, so it’s exciting to be able to help them celebrate their culture and traditional dishes through this event,” he says. “It’s also a chance for others to share and experience those things for the first time.”

Stebbins says Oktober Fest started as an event that Vision Marketing had previously organized in downtown Spokane before rolling it into events in the JAKT Foundation’s portfolio.

Once the foundation has gained greater momentum, Stebbins says it plans to add more events to its portfolio and work with others who have new event ideas.

“Our eventual goal is to become a kind of Shark Tank for event ideas,” he adds. “These would be events designed to bring more people to the community, as well as provide value to those who are already living and working here.”

Shark Tank refers to the ABC television show in which entrepreneurs pitch their ideas to five titans of industry in the hopes they will be inspired to invest and grow the idea into a business.

“We want to be able to put together a group of people who are interested in getting involved in community events, who would then have the funding to say that’s a great idea let’s make it happen,” says Stebbins. “As a foundation, we want to be able to collaborate, laying in our existing resources and systems to help new events get started.”

Looking ahead, Hegsted says he hopes the foundation will one day be successful enough to be able to host new events, specifically some that would focus on helping hospitality professionals with mental health challenges.

“We do some smaller panel events that bring chefs and hospitality professionals together to talk about the industry,” he says. “But I’d like to create more awareness about struggles with mental health, as that’s a big issue in the industry.”

“Partnering with the Spokesman has attracted some cool new speakers for this year’s event, and we also have a few new businesses, wineries and breweries that are helping to round our main events,” he says. “It should be a great time.”