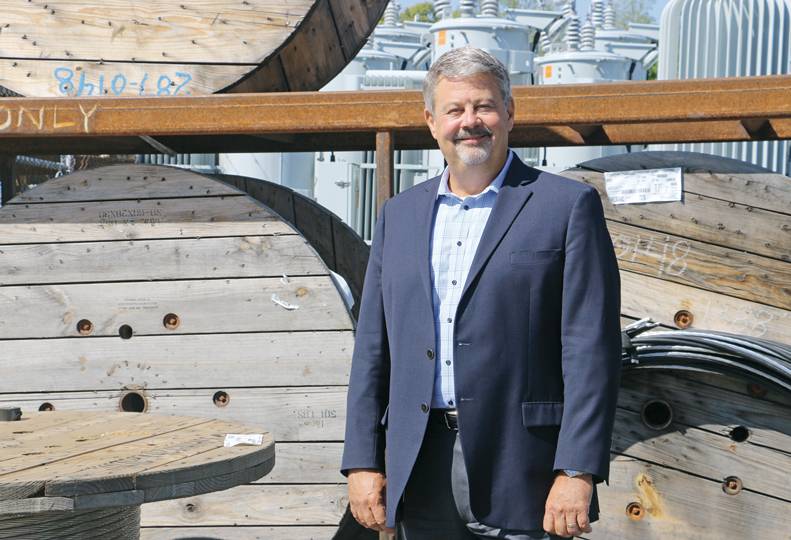 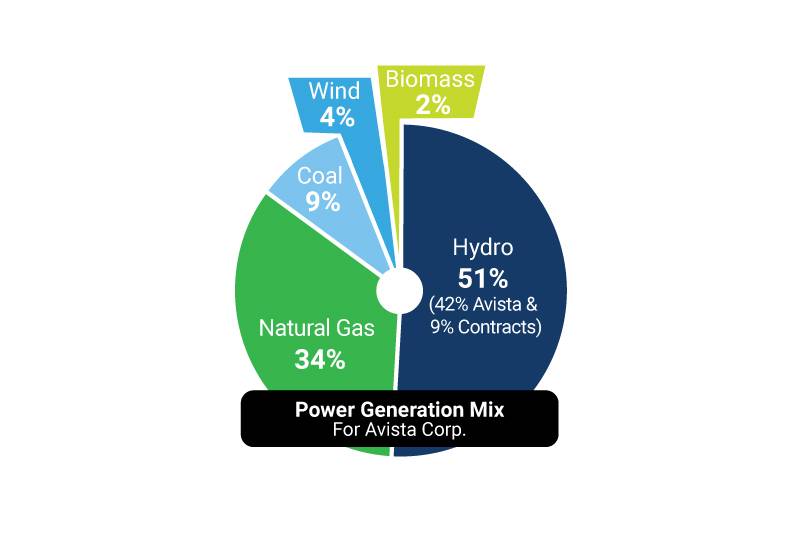 Avista Corp. has been focused on environmentally sustainable practices for most of its 130-year history, Avista president and incoming CEO Dennis Vermillion argues, and the Spokane-based utility provider intends to invest heavily in renewable energy sources over the next few decades.

Earlier this year, Avista announced two ambitious goals: first, to become carbon-neutral by the end of 2027, and, second, to be carbon-free by 2045.

“That’s going to be very hard, given today’s technology, but it’s a goal for us,” Vermilion says of the 2027 target. He says Avista’s power supply mix already is nearly 60% carbon-free.

The company envisions a pathway to those goals through reducing its reliance on natural gas and coal, while simultaneously investing more in renewable energy sources, such as solar and wind power.

Avista has taken steps toward that goal in recent years; in 2012, it agreed to buy power from Palouse Wind, a wind energy facility based in Whitman County, south of Spokane County. The project has the capacity to generate enough wind energy to power 30,000 homes. Three years later, Avista offered its residential customers the option to buy into Avista’s involvement in solar power.

“We wanted to give our commercial customers the opportunity to meet some of their sustainability goals by being able to buy into renewable solar energy,” Vermillion says. “This project sold out in less than a day.”

In 2006, voters passed the Energy Independence Act, which requires electric utilities that serve at least 25,000 customers to obtain a certain percentage of their electricity from eligible renewable resources, including solar, wind, and hydropower.

The percentage of generation that must come from renewable resources started at 3% in 2012 and ramps up to 15% in 2020.

The Washington Utilities and Transportation Commission said Avista is on track to meet the state’s renewable energy requirements. The current benchmark in the state’s Energy Independence Act requires utilities to supply at least 9% of their electric load through renewable sources this year.

Hydroelectric generation projects are eligible if electricity produced as a result of efficiency improvements completed after 1999 meets certain specifications. A bill currently in committee in the state House of Representatives would recognize hydroelectricity as a fully eligible renewable resource under the Energy Independence Act.

In March, Avista announced it will purchase power from Rattlesnake Flat Wind, a wind farm being developed in Adams County by San Francisco-based renewable energy developer Clearway Energy Group, under a 20-year agreement. Avista will begin receiving power from the wind farm next year. The wind farm is expected to produce enough electricity to power more than 37,000 homes.

“The price we’re paying for that is less than half of what we paid for Palouse Wind seven years ago,” Vermillion says. “We’re able to add these new renewables and not impact customer rates. There’s been a real sea change over the last 10 years or so, just in the cost of renewables coming down.”

The decrease in costs of acquiring renewable energy sources is a large part of the reason Vermillion thinks Avista could achieve carbon-neutral status by 2027.

In another part of the equation, the company’s power purchase agreement with Rathdrum Power LLC’s natural gas turbine facility expires in 2026.

“We’ve got some carbon-emitting resources that will be basically leaving our supply portfolio, so we see an opportunity, with the cost of renewables coming down, to replace that generation with renewables,” Vermillion says.

“We’ll still need to have backup capability, because the wind doesn’t always blow, the sun doesn’t always shine,” Vermillion says. “In our communities, we have a large percentage of the population that has trouble making ends meet, or who live paycheck to paycheck. We can’t lose sight of that. We have to manage the rate impact.”

But the company is making progress: earlier this month, the Washington Utilities and Transportation Commission said Avista is on track to meet the state’s renewable energy requirements. The current benchmark in the state’s Energy Independence Act requires utilities to supply at least 9% of their electric load through renewable sources in 2019.

But Avista isn’t solely focused on the supply side of green energy.

Vermillion says the company has also been focusing on “nonwires solutions,” which means encouraging investments and practices to help offset the need to increase energy generation by optimizing the grid and buildings.

The buildings Avista is involved in establishing at the south landing of the University District Gateway Bridge, along East Sprague, are an example of a nonwires solution, Vermillion says.

Avista Development and Seattle-based McKinstry Co., a construction and energy-efficiency contractor, partnered last year to begin construction of the Catalyst Building and the Hub Building. Valued at a total of $57 million, both buildings are currently under construction and are to be completed in 2020.

Vermillion envisions the two buildings to be the beginnings of an eco-district. Two more office buildings are planned for the site, though plans for those structures have not yet been finalized.

In traditional power setups, Vermillion says, “the building and the grid don’t talk.”

In the Sprague eco-district, buildings will share heating, cooling, and energy generation, optimizing use as a single unit, and will pump excess energy back into the grid.

“When you partner that with how the utility operates, together they can store energy when there’s excess renewables, when it’s really windy out or sunny out, and then they can put energy back into the grid at nighttime,” Vermillion says. “You can see where you can begin to create value by working together.”