CarbonQuest takes its technology to NYC 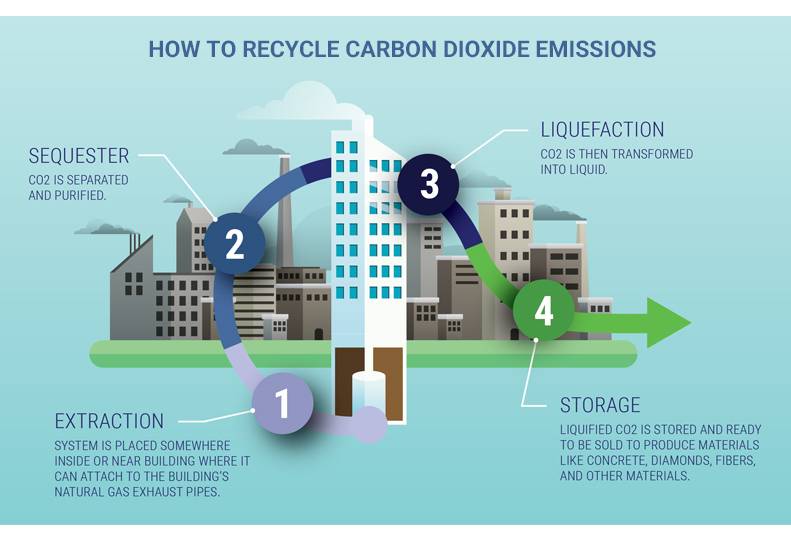 (Updated at 11 a.m. Pacific on Jan. 29, 2022, to include information about the sale of Demand Energy Inc., a previous venture in which many of CarbonQuest's executives were involved.)

The company’s technology is designed to capture, separate, liquefy, and store carbon dioxide emissions from large buildings, preventing it from being released into the atmosphere. CarbonQuest has a patent pending for the system.

The system is located in the basement of the Grand Tier, a 375,000-square-foot multifamily building owned by Glenwood Management in Manhattan.

Shane Johnson, CEO of CarbonQuest, claims the system is estimated to eliminate about 25% of the building’s total carbon dioxide emissions with zero interruption to tenants.

Glenwood Senior Vice President Josh London says in a press release that the system is a key element to the company’s path toward sustainability.

The system can capture building emissions stemming from natural gas usage, which Johnson says contributes to half of CO2 carbon emissions from buildings.

Johnson says the company will double its staff this year and hopes to grow to provide more than 100 well-paying jobs as demand grows within the decarbonizing movement.

In addition, with the infusion of new funds, CarbonQuest plans to expand its Valley office and lab space to 35,000 to 50,000 square feet from its current 5,000 square feet, he says.

Anna Pavlova, CarbonQuest’s vice president of strategy and development, says the company’s revenue is trending positive, but its profitability will depend on how quickly it can scale its operations, a time frame she declines to speculate about.

The company was founded in 2019 by a group of environmental technology entrepreneurs that had been involved with several startups. Many of CarbonQuest’s main players had been behind Demand Energy Inc., a Liberty Lake-based energy storage company that also had landed contracts with Glenwood Management, which owns several luxury apartment buildings and is working to reduce their carbon footprints. Dave Curry, who co-founded the energy storage company, is chairman of CarbonQuest.

Demand Energy was acquired by Enel S.p.A., an Italian gas and electricity distributor, in 2017.

Johnson says that when New York City adopted its landmark building decarbonization law in 2019, Glenwood came to him and his team with the challenge and opportunity to create a new technology that could meet the city’s climate change initiatives.

According to a report by the United Nations, cities consume 78% of the world’s energy and produce more than 60% of greenhouse emissions.

In London, Tokyo, and New York, emissions from buildings accounted for 76%, 71%, and 67%, respectively, of total city emissions, according to a report from the Organization for Economic Co-operation and Development, an intergovernmental organization with 38 member countries.

“It’s a challenge that every city in the world is facing,” says Johnson. “What started in NYC has inspired many cities across the country to develop their own programs and initiatives.”

CarbonQuest entered the market with goals to work within a circular economic model in which it will sell recycled and liquified Co2 to be used for the production of several materials, including synthetic diamonds, fiber, and composites.

Pavlova says that according to a report from the Center for Climate and Energy Solutions, the circular economic market is predicted to reach $1.5 trillion in scope by 2035.

Johnson, however, claims the market’s biggest challenge is the built environment—buildings that were designed to function using high-emission utilities, such natural gas, oil, and some sources of electricity. New construction only makes up a small percentage of potentially sustainable buildings, he adds.

“In New York, there are 50,000 buildings that will be penalized for going past their carbon emissions limits,” says Johnson, who sees the potential for rapid growth in demand for CarbonQuest’s technology.

CarbonQuest already has contracted five new projects in New York City and has a large pipeline of other buildings that are interested in the company’s technology, Johnson claims. In addition, he says many other entities are following New York’s initiative, including Washington state, which is initiating standards for clean buildings. He says he foresees CarbonQuest entering new markets over time if those programs are put in place.

“We expect that, over several years, we will be in most major cities,” Johnson says.

CarbonQuest worked with Greater Spokane Incorporated to submit its successful application to the state Commerce Department for $350,000 in funding from the Governor’s Strategic Reserve Fund. GSI is Spokane County’s designated associate development organization, which contracts with Commerce on economic development activities that show potential for long-term, sustainable growth.