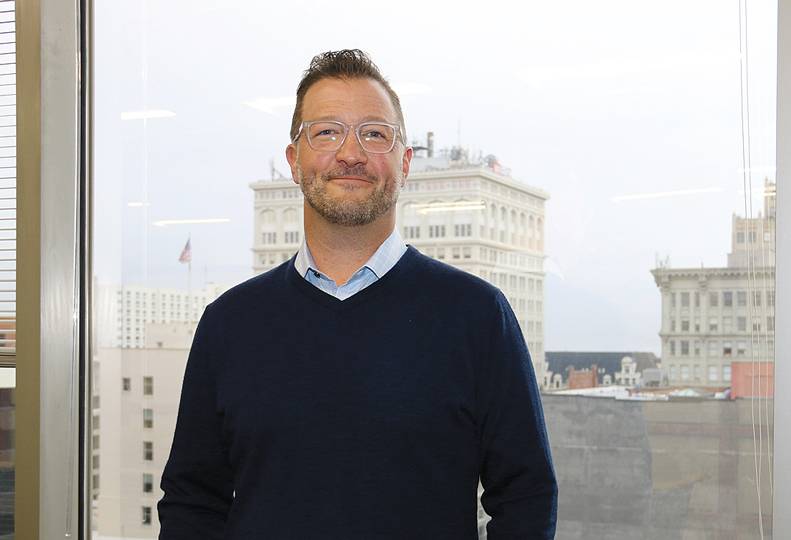 Jackson says he encourages anybody interested in their financial future and well-being to connect with a financial adviser.

Financial advisers at D.A. Davidson don’t market a minimum investment for new clients, but instead present the services they offer to provide a financial benefit to a client, regardless of where they start, he says.

“In order to be a great client, you have to have a vision, a desire, and sense of self-accountability. That’s what we want,” Jackson says. “We want someone to partner with us, that we give advice to, and they stick to the plan we provide. It’s a living plan, it takes years.”

D.A. Davidson has three offices in the Spokane-Coeur d’Alene area. One is located on the eighth floor of the Bank of America building, at 601 W. Riverside, in downtown Spokane. Another is on Spokane’s South Hill, at 2204 E. 29th. D.A. Davidson’s Coeur d’Alene office is at 608 Northwest Blvd.

Between the three offices, the company has 17 financial advisers. The D.A. Davidson is headquartered in Great Falls, Montana, and has 375 advisers and 1,400 employees in 96 locations throughout the country.

Most of the company’s adviser-client relationships involve fee-based plans. The company also offers commission-based plans, and, as fiduciaries, advisers will recommend plans they believe are in the best interests of individual clients, Jackson says.

Each relationship between client and adviser is distinct, Jackson explains.

“Some are more relaxed, others more formal. What you should expect is that we are community focused,” he asserts.

The company also serves corporate and nonprofit organizations, but it has seen its largest growth over the last 86 years among families and individuals, says Jackson.

“Our core business, the oil in the engine, is taking care of families and multigenerational planning,” he says.

There are two rules that define a fiduciary, the U.S. Department of Labor rule, and the Security and Exchange Commission Regulation Best Interest rule and D.A. Davidson meets both criteria, Jackson asserts.

“Before either of those come into play, our advisers have always and will always act in the best interest of the client,” says Jackson.

Jackson is a graduate of Gonzaga University and has been working in wealth management for 16 years. For Jackson, it’s something that he has always been interested in doing, a passion with tangible benefits to the client, he claims.

He started with D.A. Davidson in April of 2009 and has been a supervisor and manager since 2013. He compares the weight of importance and impact that a financial adviser can have for a family similar to that of a family physician, in that both have a level of professional responsibility to ensure that the decisions and advice result in positive outcomes.

“That drives me every day, to make sure people are taken care of, that our advisers are present and forward-looking, and that they are proactive,” Jackson says. “At the end of it, you want every client to look at you and say thank you, you helped.”

These values were especially important throughout the pandemic when D.A. Davidson had to pivot quickly, like most professional services, to remote working, says Jackson.

He claims the company has invested heavily to ensure advisers had what they needed in addition to setting safety protocols, which allowed for relationships with clients to remain uninterrupted.

Jackson says, “When you think of the events of ‘08 and ‘09, when investors saw investment banks like Lehman Brothers and Bear Sterns going out of business, that’s the first thing that reenters their mind. Not only am I going to be OK, but is (D.A. Davidson) going to be OK?”

As a business sector, however, financial advising, thrived during the pandemic, Jackson says.

“Our ability to adapt during the pandemic and be present for clients has proven to be unbelievably successful for the firm,” he claims. “We’ve seen growth rates that have been tremendous. We’ve been very firm that if you are proactive and present, clients will gravitate your way.”

With the advent of technology and the rise of financial applications like Robinhood that allow individuals to manage investments at their whim, more and more people, especially millennials, have shown an interest in self-managing their wealth, says Jackson.

As convenient as these applications are, however, Jackson contends the value of a financial adviser lies in the professional expertise of someone who understands the market landscape and is an “emotionless partner.” As an example, he cited the events of the rush to buy GameStop stock and AMC Theaters stock earlier this year.

“Robinhood created this unbelievable drive for stock speculation. An individual investor is not a bad thing. We all have emotion for certain things, but with it, there is a high risk of emotion being involved in decisions,” he asserts. “I tell people, (wealth management applications) are easy when the market is doing as well as it’s doing. But I think the more important thing that we provide people that applications do not, is that we’re able to eliminate emotion.”

Jackson sends out an email letter to all his clients Monday mornings that signs off “Stay steady and cut the noise,” a mantra that he says he tries to live by, whether it’s a pandemic, a financial crisis, or even a strong bull market.