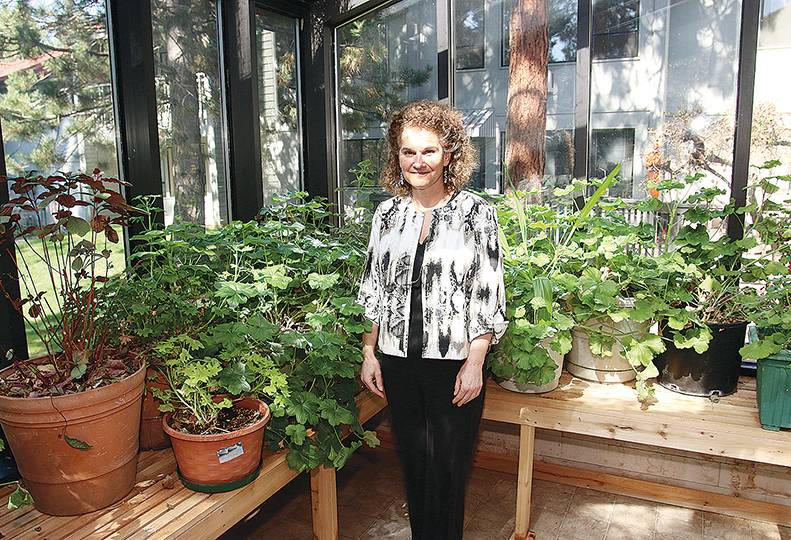 -—Mike McLean
Debra Rubens says Fairwood residents who like to nurture plants on their patios and balconies in warmer months can overwinter them in the facilities indoor greenhouses. 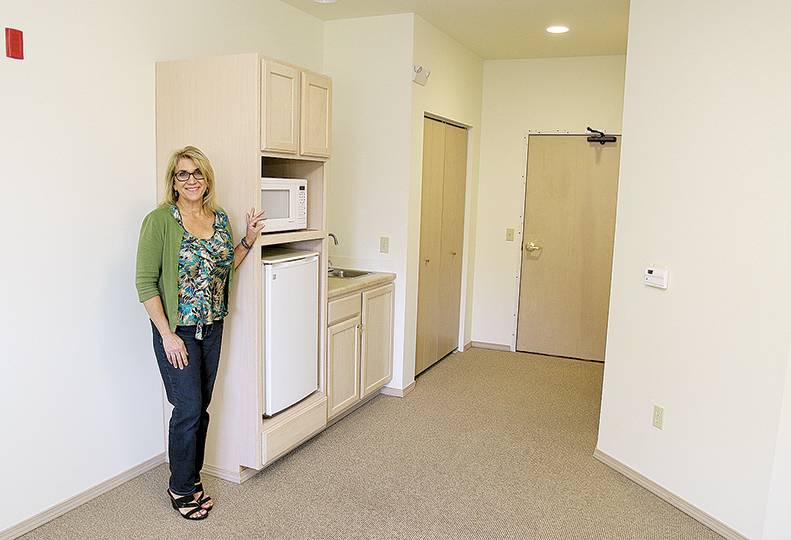 Fairwood Retirement Village & Assisted Living opened more than 26 years ago as a family-run facility, and directors there say they continue to strive to treat everyone at the community like family.

Fairwood has 165 independent-living units and 55 assisted-living units, located on a 20-acre campus at 312 W. Hastings Road, north of Spokane. Fairwood also is putting the finishing touches on a $1.6 million, 26-unit addition to its assisted-living wing.

Ron and Joyce Knutson, who maintain a Spokane-area residence, own and operate the facility, which they opened in 1988.

“They’ve been part of the property from the beginning,” says Debra Rubens, Fairwood marketing director.

The Knutsons also own a similar retirement community, Churchill Estates, in Eugene, Ore.

Their daughter-in-law, Barbara Knutson, is the administrator at Fairwood. She’s held that title for about 20 years, although she’s been employed by Fairwood since before it opened.

Today, Fairwood has a staff of 90 employees.

Knutson says, “Family members work right alongside other employees and take pride in the services they provide to seniors.”

They also take pride in employee retention, which Knutson says is higher than industry averages. For example, she says Fairwood CEO Brian Fritts began working in an entry-level position at Fairwood when he was in high school.

Rubens says the facility has about 220 residents and an occupancy rate of 93 percent. “We feel very blessed in seeing the economy and real estate more stable,” she says.

Occupancy had dipped to below 85 percent during the recession, she says, partly due to seniors having difficulty selling their homes.

“We’ve pulled back up in the last year and a half,” Rubens says.

The Fairwood complex of 16 buildings is connected by a series of skywalks, giving Fairwood a mile of indoor walkways.

A centrally located community building has a naturally lit atrium-style garden mall, dining facilities, a pool, a fitness center, a game room, and a beauty shop.

Family and guests of the residents are welcome to use many of the amenities, such as the pool, Rubens says.

The facility maintains three motel-type rooms for out-of-town family and guests of residents.

Fairwood residents range in age from 59 to 98.

Sheri Maier, director of leisure services at the retirement center, says Fairwood ensures that residents can choose from a diverse selection of activities, including a variety of on-site and off-campus activities.

In-house activities include birthday and tea socials, a host of health and fitness programs, and organized card, board, and video games.

Residents also have the opportunity to participate any of three to five extended trips a year, Maier says.

Upcoming is an overnight trip next week to the mountain town of Leavenworth, Wash.

The group also is planning week-long trips to New Orleans in June, and across Canada by railroad in October.

“They want to go, go, go as long as they have the energy and someone able to take them,” Maier says of resident travelers.

Rubens says, though, that she’s also fielded inquiries recently from some 55-plus people who are still employed, but are interested in living in a retirement community as they continue to work full or part time.

As residents need more assistance, they have options for some in-home care in their independent units or they can move to the assisted-living wing.

“The Knutsons recognized the need for a continuum of living,” Rubens says.

Northridge Court, a 16-unit, secure memory-care wing, is part of the assisted-living facility.

Knutson says she hasn’t determined how many units in the new addition also will be dedicated to memory care.

Fairwood is operated through Fairwood Retirement Village LLC, which is acting as its own contractor on the two-story, 17,300-square-foot addition, Knutson says. Form Architecture Inc., of Spokane, designed it.

An opening date for the addition is pending as the facility awaits final state approval.

Rubens says Fairwood originally drew almost all of its residents from Spokane and Stevens counties, but in recent years, it has seen a growing number of residents come from out of state, lately including Montana, Texas, Oklahoma, and California, Rubens says.

“Out-of-state residents who come here usually have a child who lives in Spokane, and they want to be close to them,” she says.

Rubens says Fairwood offers an array of living options, and residents or their families recoup 80 percent of the buy-in cost when the unit is vacated and resold, Rubens says.

“In the dining program, everything is made from scratch, including our own breads and soups,” Rubens says.

Independent-living fees also include household maintenance, transportation services to medical appointments and nearby shopping, weekly exercise programs, and some social activities and wellness and education programs.

Common areas available to residents include an indoor pool and whirlpool spa, a chapel, a game room, a library, and a craft room and woodshop. The well-landscaped grounds have vegetable gardens, resident greenhouses, and two putting greens.

The independent-living part of campus includes 24 duplex units geared toward seasonal residents who travel to warmer climes for the winter. Each two-bedroom duplex unit has 1,400 square feet of living space and a two-car garage.

Independent-living residents also have priority to transition to assisted-living and memory-care units.

Alicia Birchell, administrator of the assisted-living programs, says, “Fairwood has a nice home atmosphere with medical help for folks who need assistance with activities of daily living and medications according to doctors’ orders.”

Activities of daily living include routine self-care activities such as feeding, dressing, grooming, and housekeeping.

The assisted-living part of the Fairwood complex has a kitchen and dining area separate from the independent-living side, and also separate activities programs, she says.

“We have three to four group activities a day,” Birchell says. Members of the activities staff also do one-on-one activities with residents, and residents do some self-directed activities such as puzzles and gardening.

While independent-living at Fairwood is all privately paid by residents, the assisted-living side of the complex accepts some Medicaid recipients under contract with the state.

“We try to have 60 percent private pay,” Birchell says.