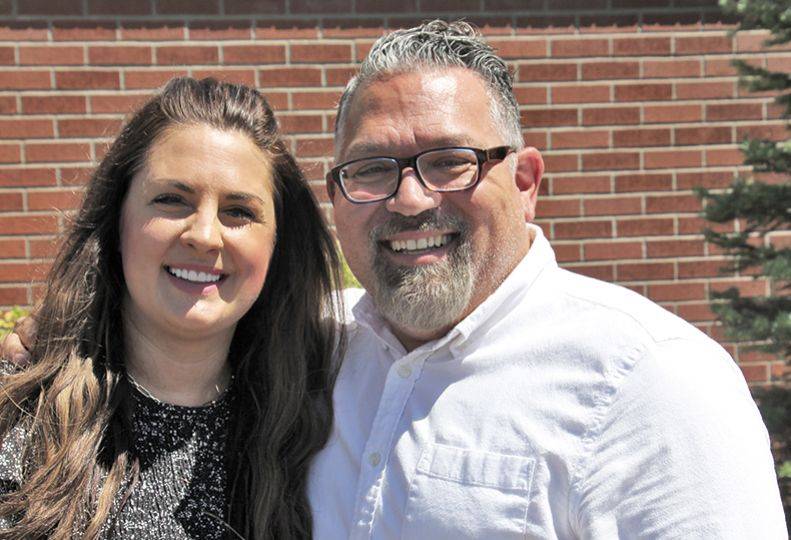 The Favored Few Support Crew Fund has been established recently at Innovia Foundation to support military service members and their families at Fairchild Air Force Base, an effort for which businesses and individuals have been quick to show support, says co-founder Charlie Duranona.

Established in mid-March, the Favored Few charitable fund has raised about $26,000, he says, which will help support its mission of enhancing morale, wellness, and overall quality of life through grants, activities, and programs at the air base west of Spokane.

“Fame’s Favored Few was the nickname for the 92nd (Bombardment Wing) back in World War II, when it was a bomber base. Crew is a reference to the KC-135, which has a crew of three: the pilot, co-pilot, and the boom operator. And support is what we do, so that’s how the name for the Favored Few Support Crew came about,” Duranona explains.

Johnson, the first contributor to the fund, says the team members gathered to brainstorm ideas and recognized they could help mission readiness by alleviating the stress of service members who are new to the community through activities such as deployment events, welcoming parties, and school-supply drives, in addition to meeting basic needs such as stocking the food pantry with goods.

“Mission readiness means more than providing equipment,” Johnson says. “You have to be prepared, mentally, physically, and emotionally, and that’s where these morale-boosting events come into play. It’s important to have opportunities like this for engagement to keep people involved so they still want to fight to protect our freedoms.”

Duranona, liaison for the Favored Few, says that as a Navy veteran and an honorary commander for the 92nd Operations Group at Fairchild, he wanted to have a system of support for active-duty members, similar to other U.S. military bases.

The need for support for morale has always been there, Duranona says, but the Department of Defense doesn’t have a budget for those types of activities.

He says military bases in Arizona inspired him to create a local resource exclusively for Fairchild and only for active service members and their families.

“I saw that happening there and thought, why can’t we do something like that here? Spokane loves Fairchild, so how hard can that be?” he says.

It turns out that creating a nonprofit with no previous experience is actually pretty hard, he laughingly admits. Duranona turned to Murphey, who helped the crew establish the fund at Innovia Foundation.

Brian Cobb, marketing and communications manager for Innovia Foundation, says creating a nonprofit can be time consuming and expensive and may not be necessary to accomplish the charitable group’s goals anyway.

Innovia was able to provide assistance to the Favored Few to select an appropriate fund type to meet its goals.

Once the Favored Few fund was established, the group needed to raise $25,000 before disbursements could be allocated, Cobb explains.

Cobb says Innovia’s mission to ignite generosity to impact lives positively aligns with the Favored Few’s mission, because it was created to meet the needs of the community.

Johnson says, as an Army veteran and former enlisted person, she’s familiar with the feeling of struggling to meet basic needs, which inspired her to make the first donation to the fund.

Duranona adds that military service members make little money and live on a fixed income that doesn’t rise with inflation.

“As soon as that money was raised, what was the first request we had? It was for food for the food bank,” which Johnson says proves the point.

Murphey says many families at Fairchild are new to the community and need support navigating housing, high prices of consumer goods due to inflation, and access to services.

“You’re not near anybody you know, and you might not know where to go to access resources. We want to increase that access, we want to make people feel welcome and accepted, and we want to make sure their basic needs are met while they’re here,” Murphey says.

Duranona says about 60 families a month regularly use the food pantry at Fairchild.

“The Air Force at Fairchild does an amazing job of supporting the spouses of the deployed,” he adds. “To know that your family is being supported when you’re out there deployed, that’s a huge mental health win for the active duty deployed person.”

Fundraising efforts have so far paid off with partnerships with local organizations, including No-Li Brewhouse LLC, of Spokane, Grocery Outlet, in Airway Heights, and the Girl Scouts of Eastern Washington and Northern Idaho.

No-Li Brewhouse partnered with Favored Few to design and sell KC-135 T-shirts for $25, with all the revenue to support the fund, resulting in a $20,000 donation at the end of the drive.

Duranona says $4,000 will be granted to the food pantry.

In addition to the grant, Grocery Outlet owners Kaylie and Tony Greene have offered to stock the pantry with $500 worth of food and goods, they say.

Duranona says he would consider the fund a success if in the future, all requests for support could be granted through it.

“I want to make sure this fund will grow enough to be as big as the other air bases,” Duranona says. “I want to raise as much money as I possibly can in order for us to support everything on the base, so that we’ll have the money for whatever it is they need. So there’s no question, we got Fairchild.”