Hewes Marine boosting its space by almost half 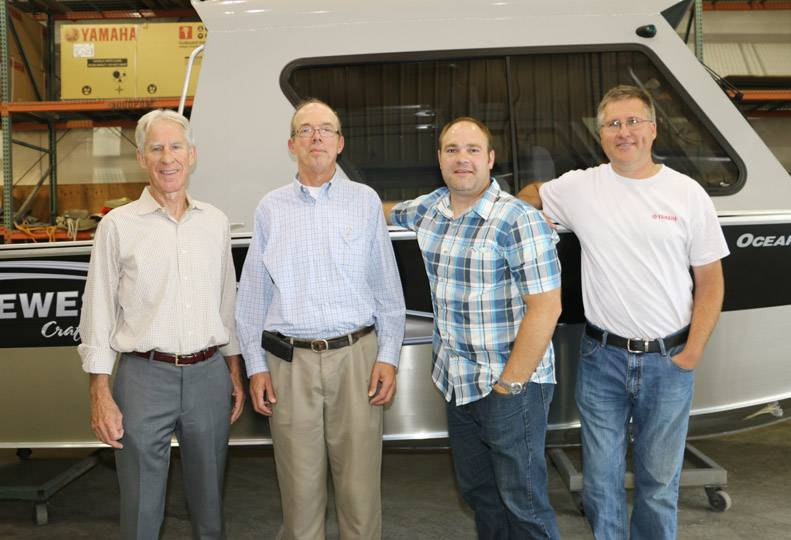 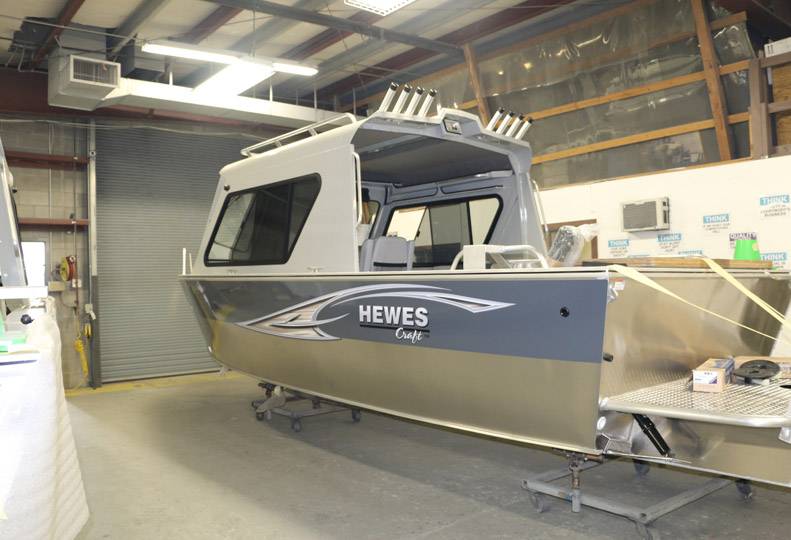 Garco Construction Inc., of Spokane, is the designer and contractor on the project.

The expansion project, which is slated to get under way in about a month, will add about 19,000 square feet of floor space to the company’s 42,000-square-foot factory, Baris says. The shell of the building will be ready in January, and operations there should be in full swing by April, he says.

Baris says the cost of the expansion includes more than just construction of the building.

“It’s the whole remodel and some equipment … things like saws and welding machines,” he says.

Bill Hewes, who co-owns Hewes Marine with two other Hewes family members, says that the company has been doing well enough financially to warrant the expansion, although he declines to disclose specific revenue figures.

Hewes Marine, which was founded in 1948 by Bob and Ralph Hewes, has been ranked as one of Stevens County’s top ten employers.

It currently has 105 employees and about seven job openings, Baris says. It probably will have another 19 openings once the expansion is completed, he says.

David Honeycutt, the company’s manufacturing and engineering director, says it’s pursuing the expansion to have the space to meet increased demand.

“We’re bursting,” he says. “Our dealers and potential customers are asking for boats at a rate that we’re not meeting.”

Clint Kirry, Hewes Marine’s marketing and sales director, says the reasons for the expansion, beyond meeting demand, are threefold.

“The boating industry itself is growing, so our market share is growing,” Kirry says. “However, our sales are growing faster than the industry. Third, we’re as far as the factory can go now. This (expansion) is genuinely necessary.”

The owners of the company have invested in more than just the expansion; Honeycutt says that every welding machine in the factory has been replaced over the last two years.

Baris says, “This whole business is being recapitalized … if Rip Van Winkle fell asleep in there two years ago and woke up nine months ago, he wouldn’t recognize it now.”

Hewes Marine has 34 authorized dealer locations throughout the U.S. and Western Canada, with a large share of them in the Pacific Northwest.

Kirry says the dealers, not Hewes Marine, equip the boats with motors, stereo systems, and other accessories, and pair the boats with trailers for towing. As such, the company doesn’t sell directly to consumers.

“It’s the only way to give a boat owner the experience they really want,” he says. “Otherwise, customers would come back to the factory to fix engine trouble, or for other stuff the factory can’t fix.”

Hewes Marine manufactures nine Hewescraft models, from a basic 16-foot boat with a canvas top up to a 26-foot hard top vessel with a full cabin, kitchenette, and flushing toilet. Typically, it takes about six weeks to manufacture a boat, Kirry says.

“Everything is done by hand,” he says. “We have a lifetime warranty on the welds and hull.”

A fully outfitted Hewescraft boat will run from $21,000 for the most basic model to about $110,000 for the largest with the most options, Kirry says. However, Hewes Marine isn’t out to make the flashiest boat in the water, he says.

“It’s a rugged fishing boat first, a family cruiser second, and a wine and cheese boat is somewhere down the list,” Kirry says.

Honeycutt says the company doesn’t focus on customization, but rather on producing a quality boat for a value price.

“You can’t offer value if you customize,” he says. “The opportunity is to get the best bang for their buck that smaller guys can’t do.”

Honeycutt says, though, that becoming the top seller was never a strategic imperative for the company.

“We discovered we were No. 1 because we were curious and looked into it, not because it was one of our goals,” Honeycutt says. “Our mission is to design and build the safest, most functional aluminum fishing boats. If you listen to the customer and build what they want, they’ll buy it … we have very smart dealers and customers, and the more we get in their heads, the better the products end up being.”

The boats begin as aluminum sheets, usually ranging in size from 1/8 inch thick to 1/4 inch thick, which arrive at the factory and then are cut, bent, and welded into shape. Once the bottom and sides of the boat are formed, the cabin windshield—and hard top, if the boat isn’t a canvas top—is added. Then, any empty space inside the hull is filled with polyurethane foam for floatation.

Kirry says that the U.S. Coast Guard requires a certain amount of floatation foam in every boat manufactured that’s up to 20 feet in length.

“After 20 feet, there are no requirements,” Kirry says. “We don’t care, we fill them all up with foam anyway.”

After foam installation and any additional welding, all the boats are put in a tank and checked for leaks. Once a boat passes the leak test, it’s sanded and prepped for painting, Kirry says. The facility has two paint bays, one of which was installed in July. The other was completely retrofitted last October, he says.

“Painting used to be a big bottleneck for us,” Kirry says.

Once painted, cables, hoses, and wiring are installed, he says. The boats then move on to the more aesthetic part of the manufacturing process, including getting the padded wooden floor, seats, and vinyl striping.

Hewes Marine makes most of its own vinyl carpeting and upholstery for the boats, Kirry says. A few items are brought in from other manufacturers.

Aluminum boats, Kirry says, are up to one-third lighter than comparably-sized Fiberglas boats. This makes the boats easier for an engine to propel, lighter to tow, and faster in the water, he says.

“Over time, people have figured out if they want value or if they want more of the flash,” he says. “Why is it that you have to go down nine slots on the top boat sellers in the Pacific Northwest list to find a Fiberglas boat? A lot of aluminum has beaten Fiberglas in this region. It’s the ease of use, the ease of care.”

With the upcoming expansion, the company is looking to introduce more products; however, it won’t be straying from its foundation, Kirry says.

“We will still be making aluminum fishing boats,” he says. “The expectation is that we would be diving into more kinds of those.”