Flow of design work may ebb

Most report plenty of activity now, but future is less certain 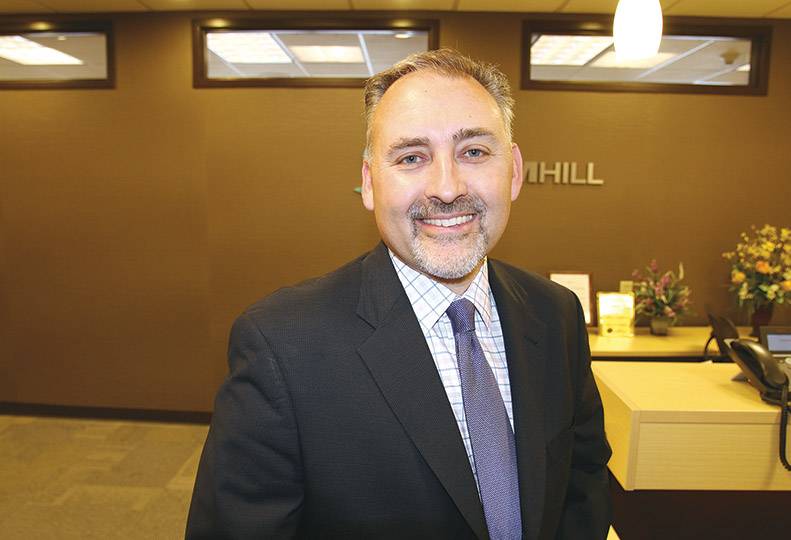 Architecture and engineering firms here have been busy lately, but some still don’t have the backlog that they had hoped for, meaning the outlook for continued turnaround in the construction industry is uncertain, design sources say.

Bob Wills, a principal at Bernardo|Wills Architects PC, of Spokane, says the firm has a number of projects in the design or early construction phases.

“In the next six to nine months, we’re going to be keeping plenty busy,” he says. “Beyond that, we’re not seeing what we were expecting.”

Two of Bernardo|Wills’ larger current designs are for residence hall projects budgeted at a total of $60 million on the Washington State University campus in Pullman.

One of the projects, the Chief Joseph Village apartment complex renovation and addition, is in the early stages of construction and is scheduled to be completed in June 2016.

Drawings are complete and construction will begin soon on the other project, Northside Residence Hall Phase II, which is on a faster track and is scheduled to be completed in June 2015.

Bernardo|Wills is holding its staffing level steady, Wills says, thanks in part to efforts during the recession to expand its services to include landscape architecture, interior design, and land planning.

“Our landscape architectural department has a couple of traffic-calming projects at the University of Idaho, and a street beautification project in the Tri-Cities,” he says, “The interior design department is working on a couple of bank remodels.”

Bernardo|Wills usually tries to balance its work evenly between private-sector and public-sector projects, Wills says. Recently, however, the private sector seems to be revitalized, while public-sector work—especially involving federal projects—has slowed down.

“For the last six to eight months, we haven’t seen many (federal projects) coming down,” he says. “We haven’t seen any new military projects at Fairchild Air Force Base and Joint Base Lewis-McChord.”

Marcus Valentine, a principal at Coeur d’Alene-based Architects West Inc., also says the project pipeline isn’t as flush as had been expected.

“We’re getting stuff out for construction now, but after the next few months, it starts to taper off,” he says. “Our preference is to be stacked out a year in advance.”

Valentine says, though, that the backlog is about even with the backlog a year ago. “It’s definitely picked up from three years ago,” he says.

In one of its larger current projects, Architects West is entering the construction-document phase of a $40 million government center for the Confederated Tribes of the Colville Indian Reservation.

Spokane-based Lydig Construction Inc. is the contractor on the 160,000-square-foot-complex planned in Nespelem, Wash., about 100 miles northwest of Spokane.

Valentine says groundbreaking is set for June and a portion of the project will be ready for occupancy in July 2015.

The center consolidates admin-istrative space for 52 departments with 500 employees, he says. It will include tribal council chambers, archeology and forestry departments, tribal member services, and Bureau of Indian Affairs offices. The community-oriented facility also will have food services and event space.

Tribal departments currently are in scattered locations, and a small administrative building was destroyed in a fire last July, Valentine says.

Rural school projects have been Architect West’s bread and butter for 40 years, Valentine says. That market, though, hinges on the success of bond measures.

“There’s been a number of bond failures,” Valentine says. “It tends to slow down the market when funding doesn’t come through.”

If some currently proposed bond measures gain approval in coming elections, design companies and construction contractors will have a lot of work to chase, Valentine says. “Our hope is to assist districts getting bonds passed and secure some of that work,” he says.

Valentine says Architect West is seeing a larger proportion of its billings in smaller projects and only a handful of bigger projects.

“We’re designing a small senior center in the city of Colville,” he says.

Architects West also is chasing a “fair number of potential projects,” including private commercial and residential work, Valentine says. “The commercial market is starting to thaw out. It was pretty cold the last couple or three years,” he says.

In the national picture, a market indicator that the American Institute of Architects uses shows an overall decline in design activity in March.

The AIA says the indicator, called the architecture billings index, is an economic indicator that provides a roughly nine- to 12-month forward look into the future of nonresidential construction activity.

A score below 50 reflects a decrease in billings, AIA says.

“This protracted softening in demand for design services is a bit of a surprise given the overall strength of the market the last year and a half,” said Kermit Baker, AIA chief economist in the institute’s latest report. “Hopefully, some of this can be attributed to severe weather conditions over this past winter.”

The billing index was slightly positive for the West region, at 50.7 in March, though not as strong as in March 2013 when the index for the West was 51.9.

The South Region had the strongest index in March, at 52.8, while the Northeast and Midwest regions lagged behind, at 46.8 and 46.6, respectively.

Roger Flint, vice president and area manager for the Spokane office of Denver-based CH2m Hill Inc., says the workload at his office is fine for now, but the horizon is a bit foggy.

CH2M Hill recently was awarded a design contract from the city of Spokane for the planned $80 million to $100 million upgrade at Riverside Park Water Reclamation Facility that will provide an additional level of wastewater treatment, Flint says.

The project will include a new filtration system to increase removal of phosphorus, heavy metals, and polychlorinated biphenyls (PCBs) from effluent, he says.

CH2M Hill also is finishing up the design phase of a few transportation projects, Flint says.

One such project, the Sullivan Road Bridge project, budgeted at $15.4 million, was set to go out for construction bids last week.

In that project, the southbound bridge, which is the westernmost of two Sullivan Road bridges that cross the Spokane River, will be replaced.

“I’m not complain-ing, because we’ve landed several jobs, but I don’t see a whole lot more work coming out in the next little bit,” Flint says, “We’re a little light on the environmental cleanup side, and we have transportation projects now, but we don’t see a lot of new ones coming out in the short term.”

Stalled or delayed state and federal funding mechanisms are holding back some projects, and that could have far-reaching effects in the construction industry, Flint says.

“If funds don’t come through on the government side, the commercial guys don’t do anything either,” he says. “When we’re worried there won’t be enough work, nobody does anything. What we worry about, we create.”

Overall, though Flint says he’s optimistic that the industry is on an improving trend.

“It’s a little better now, because the last two years weren’t very good,” he says. “It seems like things are moving in a positive direction.”