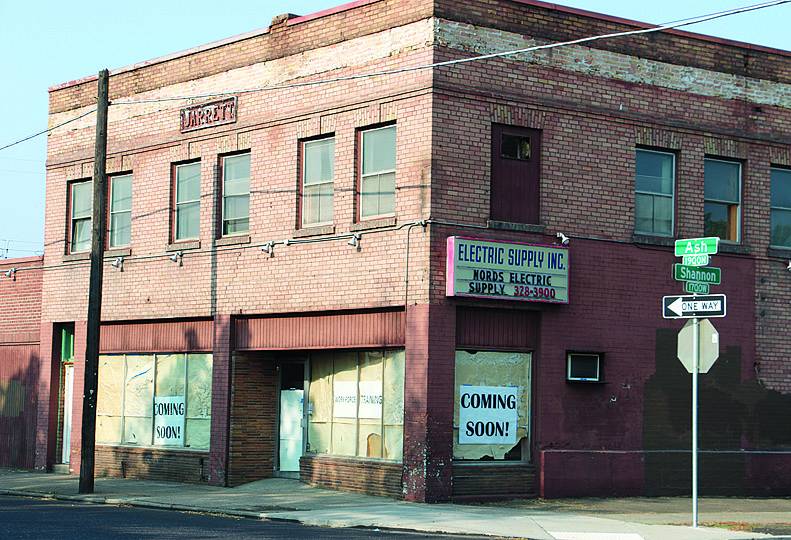 Fulcrum Institute of Spokane is working on a project that will have workforce-training, education, and job-placement components when it comes on line beginning next month, says Judith Gilmore, a Fulcrum spokeswoman.

Fulcrum Institute, which is located at 211 W. Augusta, is a nonprofit that focuses on alternatives to litigation in legal disputes and also provides or partners in a number of educational and employment services.

The main floor of Ash Street Station will have three large training bays and a smaller retail area, Gilmore says.

She says she anticipates the retail and apartment portions of the building will be ready to occupy by early August, and other training programs will begin in the fall.

“The three one-bedroom apartments will be rented out at reasonable rates, preferably to people enrolled in our programs,” she says.

Ash Street Station renovations are being funded in part through a $140,000 federal grant from the U.S. Department of Housing and Urban Development.

“We had the opportunity to submit a grant a couple of years ago,” says Gilmore, who wrote the federal grant application, highlighting the project’s potential for providing low-income apartments, on-site training, and jobs.

“We said we would be providing services for low-income and underskilled individuals who are unemployed or seeking training to step up into more of a career rather than a lower-paying job,” she says. “HUD was looking for that type of programming.”

The city of Spokane and Spokane County also provide some funding for Fulcrum’s education and training programs, she says.

Some people that Ash Street Station will target through its programs include youths who’ve had minor scrapes with the law and qualifying adults released from jail or prison, she says.

Fulcrum currently operates a training and education program based at Geiger Corrections Center, in Airway Heights, which aims to reduce recidivism and has a 70 percent job-placement rate for participating ex-inmates, Gilmore claims.

As clients gain skills, Fulcrum seeks to place them in the workforce at one of 300 businesses participating in what Fulcrum calls its business roundtable.

“We want to know what it would take to inspire an employer to do an interview if one of our clients came in and filled out an application and checked the felony box,” Gilmore says.

At Ash Street Station, one training bay will have classroom and training space to provide basic skills required for entering full apprenticeship programs or beginning hands-on work at job sites as pre-apprentices in various trades.

“We’re now talking to members of the Associated General Contractors and a for-profit business owned by a Native American tribe in Alaska,” she says, regarding potential providers of basic-skills courses.

“We have a great deal of interest from young people who’ve graduated from high school, but who, for various reasons aren’t planning to go to college,” she says.

Another bay will house a greenhouse program to be operated by The Lands Council, a Spokane-based environmental nonprofit.

Gilmore says she anticipates Ash Street Station will serve as a base for work The Land Council does with the city to construct stormwater gardens that filter storm runoff, removing contaminants and keeping them from flowing into the Spokane River.

The third bay, which will require more updates to bring up to code, will remain vacant until it’s needed, Gilmore says.

“Ultimately, the training we provide will end up needing more space,” she says.

The retail facet of Ash Street Station will teach certain business skills, including how to work with customers, inventory, and other aspects.

Retail operations will include a small second-hand store, a juice bar, and a silk screening company.

The retail operations initially will employ four to six people on a rotating basis, she says, adding that Ammonite Ink, a small Spokane silk screening company, likely will train one or two people at a time while employing them temporarily.

Altogether, a permanent staff of 10 employees will oversee operations at Ash Street Station, she says.