Heat pump demand expected to grow by next year 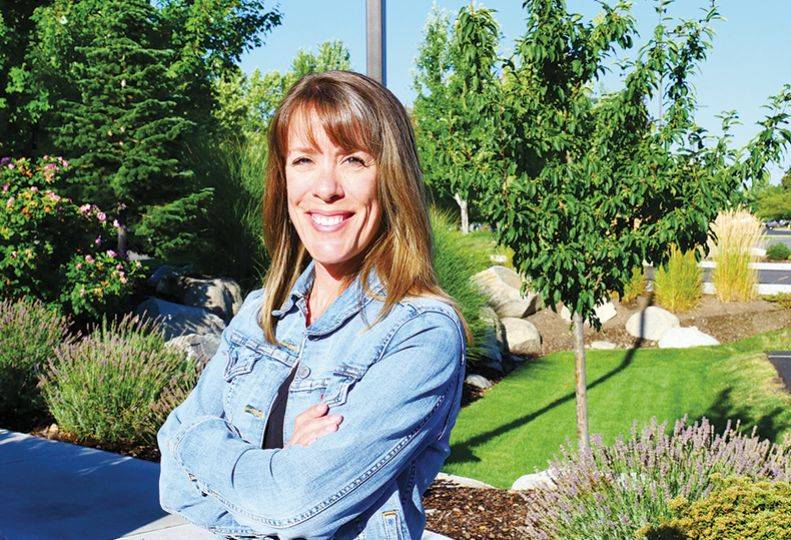 -—Erica Bullock
JoAnne Watts, president of the Spokane chapter of the Building Owners & Managers Association, says there are many concerns about building code requirements for heat pumps.

In Spokane, heating and cooling service and equipment providers are seeing varying degrees of demand for heat pumps already.

“People in general are trying to get a little more informed on heat pumps,” says Charlie Wrotenbery, service and installation manager for Spokane-based Banner Furnace & Fuel Inc. “We do have customers who are asking for them, and we’re installing what they want.”

JoAnne Watts, president of the Spokane chapter of the Building Owners & Managers Association, says concerns about the state’s new rules requiring heat pump installations in new construction projects are growing within the association and could impact demand by next year.

The goal of the new building codes is to eliminate fossil fuel use for heating in new commercial construction in July 2023. The Washington state Building Code Council adopted such restrictions for commercial and large multifamily construction projects in April.

The state council also is considering expanding the restrictions for all residential construction and is expected to make a decision soon, says Joel White, executive officer at the Spokane Home Builders Association.

Both White and Watts say that support for residential and commercial heat pump requirements is mixed.

“BOMA is in support of responsible energy incentives, but we need to have a way of communicating with our legislators on what is a reasonable expectation and timeframe,” Watts says.

Watts, who also is the director of commercial management for Spokane Valley-based Leavitt Capital Cos., says there are many concerns regarding the building code regulations requiring heat pumps.

First, the capacity of the existing energy grid will need be expanded to meet the demand heat pump usage will cause, she contends.

“When it comes to electrifying everything across the state, I don’t think our power grid has the capacity to do so,” she says.

Heat pumps work best at temperatures above 40 degrees. Watts says the varying temperatures in Eastern Washington go to extremes below what’s recommended for heat pump usage, and building operators will need to have an alternative method to heat and cool in those conditions.

“When we dip into freezing temps, it’s really challenging to have a heat pump,” Watts says. “We need that alternative fuel source to have something that will work when it’s too cold.”

White says a wood stove or a natural gas furnace will still heat a home when the power is lost, unlike an electric heat pump.

Securing supplies for conventional heating, ventilation, and air conditioning equipment already is challenging for property owners, because it takes 12 weeks to get an electric panel and six months to get a new compressor or a rooftop unit, which provides both heating and cooling to a building, Watts says.

“Even getting new equipment with the standards we have now is a huge burden with the supply and demand in today’s market,” she says. “To put one more requirement on top of that is going to be really tough to manage.”

White agrees and says each additional cost to new residential home construction, such as requiring the installation of an electric heat pump, will price out many homeowners from the market, which exacerbates the housing problem amid a housing crisis.

Watts says energy codes have worked in the past to reduce energy consumption with great success and with minimal expenses.

She says, for example, LED light conversions helped save 30% in energy consumption and were more accepted when they were incentivized.

“They’re a huge cost savings to our owners and to our tenants and we’re all on board for these incentives that make sense,” Watts says.

Wrotenbery explains the difference in pricing is a result of varying unit sizes, capacities, and technological advancements.

The heat pumps also are more expensive than conventional air-conditioning systems because the heat pump can both heat and cool the interior of a structure, Bernier explains.

The upfront cost can be a challenge for some to overcome, although Wrotenbery says the operating cost after installation can be lower than for a conventional system, and the systems can be highly energy efficient.

Sturm Heating has experienced some difficulty obtaining certain brands of heat pumps, Bernier says, but manufacturers have been able to maintain production of the most economically priced units, some of which don’t have the highest efficiency ratings.

Banner’s supply of heat pumps is manufactured in Houston, and Wrotenbery says, “I don’t have to wait for it to cross the ocean or any borders, so we don’t experience problems getting our hands on them. However, in the HVAC world, if everybody started going with heat pumps, they would be harder and harder to get our hands on.”

Watts says she would like to hear from engineers and other property owners to get a sense of how demand will impact the industry going forward.

“If it makes sense and saves energy and saves money, then absolutely we’re behind it 100%. But the gas initiative needs more input from some more engineers and from people who have to practically apply it, like property managers.”