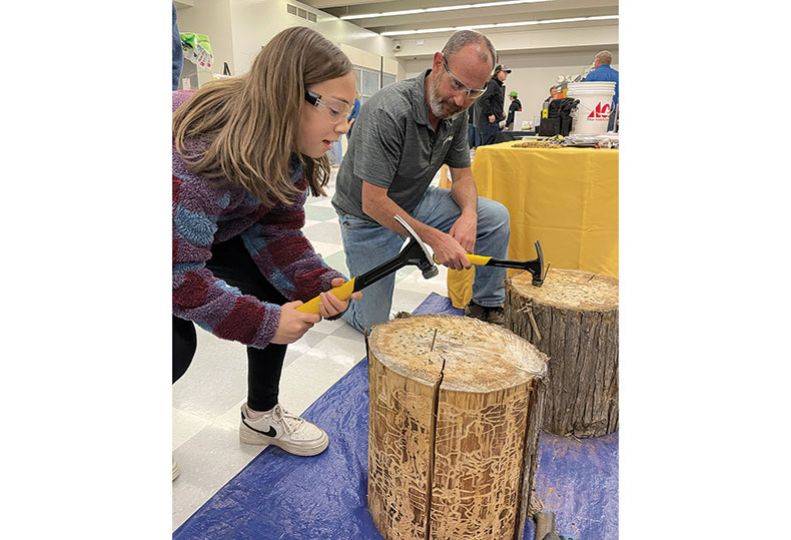 Frame Your Future, one of several construction industry-related initiatives and programs of SHBA, seeks to solidify “the worker-training pipeline and the student pathway” in Spokane to help both students and adults find trade-related work, says Brian Burrow, workforce development director for the initiative.

Some of the trades Frame Your Future currently is focusing on include carpentry, plumbing, and electrician careers, Burrow says.

A fifth of the funds has been directed to the Spokane Workforce Council. The money will go toward financing and maintaining a liaison position that will guide construction-related job seekers to programs like Frame Your Future and similar career pathways, says Burrow. That liaison also will collaborate with Associated General Contractors of America Inland Northwest chapter.

SHBA launched Frame Your Future in August after association members chipped in $200,000 to start the program.

“Without their contributions, we would never have gotten this running. This is their request to get this going,” says Burrow, adding that Spokane homebuilder Corey Condron, of Condron Homes LLC, was one of the first to step up on support of the initiative.

Frame Your Future is multifaceted in that it offers distinct programs geared toward adults and students, says Burrow.

For students, Frame Your Future has multiple programs underway, some of which were previously launched by SHBA.

For example, SHBA organized a one-day camp for high school juniors and seniors in May, says Burrow. During the event, students worked side by side with professional builders to construct a garden shed. The camp attracted 20 students across the city and will be held again next May as a Frame Your Future program.

Additionally, Frame Your Future is working with Innovation High School to offer a pilot program for its students. Based in the Core Plus Construction curriculum, students receive hands-on learning and build either a greenhouse, shed, or tiny home during the course.

Burrow says students are learning multiple aspects of construction throughout the program, but many seem to enjoy the in-school construction projects the most.

“They learn by getting up, moving around, and using their hands,” he says. “Students with a kinesthetic learning style really appreciate and thrive in that environment.”

Frame Your Future also is working with NEWTech Skills Center and expects to work with other high schools with strong shop programs, he says.

Burrow says the adult-centered aspects of Frame Your Future will consist of “short-term, fast-track construction 101 and safety training” to help job seekers into entry level construction positions. The adult program is slated to launch early next year, with a two-week boot camp planned for March.

Frame Your Future operates out of SHBA’s office, at 5813 E. Fourth.

Jennifer Thomas, director of public relationships and public affairs with SHBA, says Frame Your Future is one of many programs the association is involved in.

On Dec. 7, SHBA will hold its first Careers in Construction conference, from 8 to 10:30 a.m. The conference will be a morning event for its first year but is expected to be a day-long event in future years, says Thomas.

The inaugural event will feature Kayleen McCabe, host of the DIY Network’s “Rescue Renovation” TV series. Thomas says everyone is invited to attend, including educators, parents, and people looking to switch careers.

SHBA also celebrated its annual Fall Festival of Homes during two three-day weekends in late September and early October. Eleven contractors participated in this year’s festival, featuring a total of 15 homes. Although turnout wasn’t as high as pre-COVID years, roughly 2,000 people viewed and walked through the homes, Thomas says.

The association holds its annual Home & Garden show in March at the Spokane Convention Center. The show features hundreds of vendors and their products and a number of speakers. Next year, the three-day event likely will focus on a combination of sustainability, energy-efficiency, and do-it-yourself home-improvement projects, as well as “something fun and homey” on the closing day, such as a cooking project, says Thomas. The show is aimed at anyone with a home or yard that they’d like to maintain or work on and at people looking for home-related ideas or inspiration.

Of all public-faced aspects of the organization, Thomas says SHBA is the most heavily involved in advocacy work.

“Where you see a lot of association work done is through the advocating piece—advocating for good policy, educating the public on everything from simple how-to (tips) to energy efficiency and the significance of reducing your energy.”

The Spokane Valley-based SHBA has seven employees. Established in 1947, the nonprofit consists of 800 members across many housing-related fields. It serves members in Spokane, Stevens, Pend Oreille, Lincoln, Whitman, Ferry, and Grant counties.

Burrow is also the CEO of Really Clean Energy LLC, of Spokane. The company specializes in renewable energy consulting and reducing carbon footprints at the commercial level.