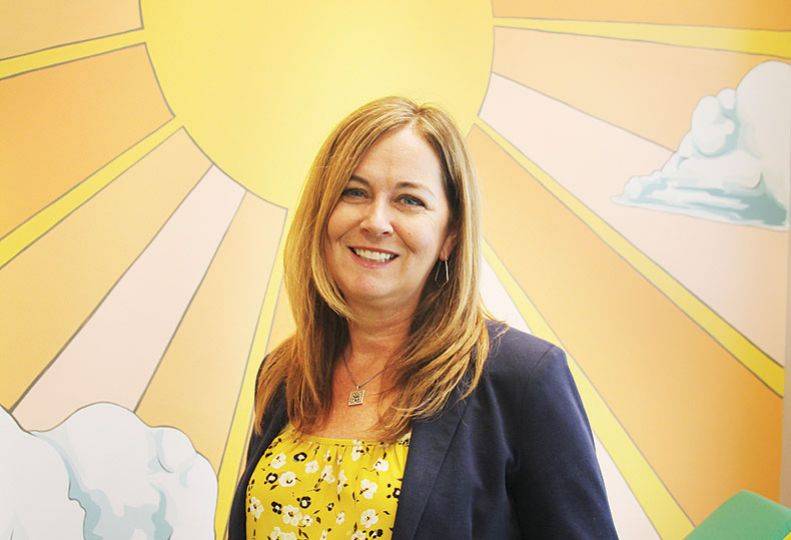 Nonprofit leaders here say that they expect individual donors will have less to give due to higher inflation and growing living expenses in the upcoming giving season, but they’re also prepared to overcome potential budget shortfalls with lessons learned from the pandemic on how to operate in lean economic conditions.

“We’ve just come off of a long pandemic where people have been very generous already and are now heading into an economic concern,” Knapton Vega says. “The challenge for us—and I assume every nonprofit—is that we run very lean organizations and there’s not a lot to cut back on. These donations are an investment in our community and in our children, and I’m a firm believer that what we pour into our children now has a much bigger impact than waiting.”

Phil Harrison, executive director of Ronald McDonald House Charities of the Inland Northwest, says, “We all kind of expected it to be a tough year, and I would expect more of the same this upcoming year because of so much uncertainty.”

Development director for Union Gospel Mission Association of Spokane, Steve Ellisen, says the nonprofit is aware of the challenging economic conditions donors are experiencing but is putting faith in others who have more available to give to step up.

Ellisen says he expects the need for Union Gospel’s services will continue to grow.

He adds, “We think we have a model that works, and there’s a strong contingency of people and churches and businesses that have sacrificially partnered with us and will continue to do that.”

Zumbro says the YMCA will focus on established donors to help offset the anticipated declines of individual donations.

“It’s probably not the best time to go out and find new donors with the state of the economy and people’s budgets,” he says. “We believe that this is the time to focus on people who have been giving to us and ensure we’re doing a good job of stewarding them … We’re going to really try to circle the wagons around them.”

Zumbro says a popular monthly giving system will be built out and targeted toward both younger donors, who are familiar and comfortable with subscription-like payments, and senior donors, who can budget contributions on a fixed income.

Harrison, of Ronald McDonald House, says the charitable organization will prioritize grants as a major funding source to overcome a reduction of individual donations.

“I think this year, we’ll cut down a lot of our events, and next year, we’ll be doing the same and focusing more on the individual donor and those contributions,” says Harrison.

He says that moving away from hosting fundraising events would require Ronald McDonald House to ensure other ways that advertising income can continue to receive a decent return on investment.

The move to cancel these events leaves an opportunity to convert event donors to individual donors, he adds.

Knapton Vega, of Vanessa Behan, says declining donations could result in services and programs getting cut next year.

She adds that staff cuts also would lead to cuts in programs offered by the organization.

She says that ticket price increases would be complicated to navigate because “sometimes that prices people out, and not only are we asking you to pay for a ticket price, but when you get there, we’re asking you to give even more.”

The privately funded crisis nursery reported the annual budget increased nearly 18% to $3.4 million for the 2021-22 budget year, compared with the year-earlier budget of $2.8 million, according to its survey response for the Journal’s annual Largest Social-Service Nonprofits list.

Funding sourced from individual donors has also increased to 69%, up 3 percentage points from 2020-21.

Knapton Vega says the increase is a testament to the donors who continued to show support through the pandemic.

“You can hope for the best and prepare for the worst,” she says. “But we are budgeting as if we will raise the money we’ll need next year, and we’ll adjust as needed throughout the year to ensure we can survive.”

Vanessa Behan’s board of directors oversees a reserve fund that will support the organization for several months if funding sources decline, but Knapton Vega says that fund is a last resort, and once it’s gone, the nonprofit likely would need to cut services and staff.

Assistance requests have increased 25% this year at Vanessa Behan. In July, the nonprofit had to turn away many requests for assistance, she says.

“We had to say no to a kid 590 times,” she says. “But our staff is constantly doing this kind of triage of determining the families and children we’re most concerned about getting in right away and continues to work toward meeting the needs of all the other families.”

Zumbro says, “The last couple of years have been pretty rough for our organization. Part of our revenue is from our membership and program fees and our fitness centers, which were closed for a good portion of COVID, and our youth sports and our day camps were also closed.”

He says the YMCA sought out federal, state, and city grants to make up income. The YMCA reported increased donations from foundations and corporations as well during this time, which helped carry the organization through the pandemic.

Individual funding contributions to Union Gospel Mission Association of Spokane were the same as the year before at 82%. The organization reported an 11.3% increase in the 2021-22 budget of $9.19 million, from a year earlier budget of $8.26 million.

Ellisen notes that, while the budget grew, so did the nonprofit’s expenses, including the growing cost of food for three daily meals offered at each facility.

He says increased wages are a major expense for Union Gospel Mission, which has 210 employees here, who work at four shelters, three stores, one camp, an auto dealership, and in administrative offices.

However, even as expenses rise and donations dip, Ellison says the nonprofit’s reach is expanding too. Union Gospel Mission is planning a capital campaign to raise funds for a new shelter in Lewiston, Idaho, on a site where it currently operates a thrift store that will be repurposed.

The project will cost about $7 million, and the campaign will seek about $3 million in donations from the community.

Overall, the nonprofit leaders say they’re confident that the Spokane-area community will come together to support them in a time of increased need.

Knapton Vega says, “When our community is struggling, people recognize that and are more generous, and we’ve seen that time and time again. We will continue to hope that is the case.”