Many nonprofits stay afloat with PPP

Some seek loan forgiveness; others receive it 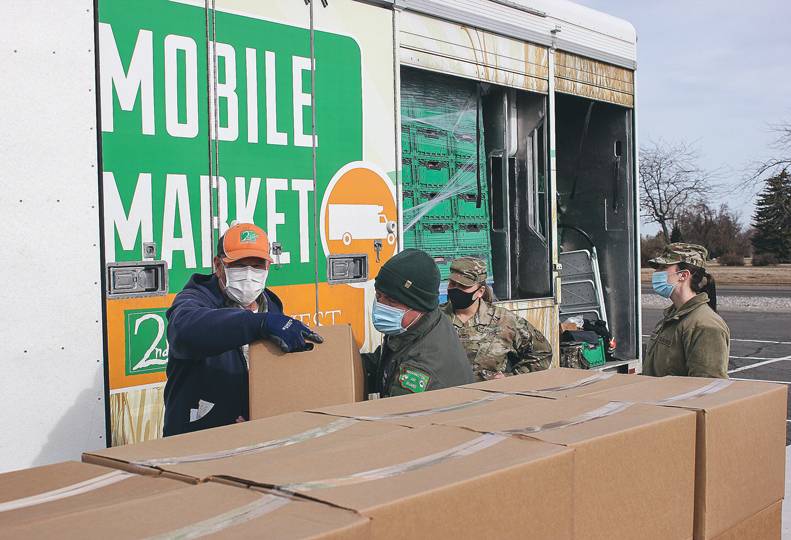 Goodwill Industries of the Inland Northwest, however, opted to ride out COVID 19 turbulence as best it could without applying for a PPP loan.

As part of the Paycheck Protection Program, the federal government has provided more than three-quarters of a trillion to banks to make low-interest loans to companies and nonprofits in response to the coronavirus. Those loans are forgivable if the employer maintains employee and compensation levels for a set period of time.

Sima Thorpe, who heads The Arc of Spokane, says the organization’s $1.8 million loan easily was the single-largest loan amount the agency has applied for in its 70-year history. She says Arc applied for loan forgiveness at the beginning of May.

Arc, which has administrative offices at 320 E. Second, east of downtown Spokane, has about 300 employees and operates The Arc Thrift Store, at 808 N. Ruby, just north of downtown.

Through donations and the proceeds of sales from the retail store, Arc operates 10 residential homes across Spokane County offering round-the-clock service for people with disabilities. At the most, the residential homes can hold a total of 50 people, who collectively require the support of as many as 180 Arc employees, according to Thorpe.

“You can imagine how difficult that might be (to operate) during COVID,” says Thorpe, adding that it’s still a challenge to retain staff in the midst of the pandemic.

Thorpe says Arc initially had to lay off 53 employees, 31 of whom were employed at the thrift store, which shut down early in the pandemic to observe the state’s stay-at-home protocols.

“I’m excited to say we’ve rehired them all,” she says. “That wouldn’t have been possible without the PPP program.”

Thorpe says applying for the loan represented somewhat of a paradigm shift for her in the context of daily operations.

In the earliest days of the pandemic, she and many other of her nonprofit peers thought their agencies weren’t eligible for such help, she says.

Thorpe, whose husband runs a small business, says, “he was in my ear” early and often, urging her to apply for a PPP loan.

Additionally, Thorpe says Arc has the good fortune of having TJ Brill, the Spokane-based market president for Eastern and Central Washington for First Interstate Bank, currently serving as treasurer on the organization’s board of directors.

“He rang the bell loudly,” Thorpe says of Brill, who told Arc’s leadership team it was critical to apply for a PPP loan to continue operating.

Though Arc receives a combination of federal, state, county, and city of Spokane government assistance in its annual $13-million budget, funding through federal PPP loans is unprecedented, she says.

“And it wasn’t a source of funding that was easy to understand,” Thorpe says. “This was something that was altogether different.”

Eric Williams, of Second Harvest Inland Northwest, says the agency used its $700,000 PPP loan to pay wages for its 95 employees, 85 of whom are employed in 21 counties across Eastern Washington, while 10 are working in North Idaho’s five counties.

A significant number of those workers were responsible for getting food to communities hard hit by COVID-19. Second Harvest is headquartered at 1234 E. Front, east of downtown Spokane.

“It was very beneficial to us,” Williams says of PPP financing. “The entire pandemic was just such a culture shock.”

Alan Lesher, president and CEO of YMCA of the Inland Northwest, says a pair of PPP loans totaling $3.6 million—and a $10-million grant from philanthropist MacKenzie Scott—have helped rescue that agency and allowed it to begin planning for operation into next year.

Lesher says, however, that the YMCA didn’t receive the two $1.8-million loans until the beginning of 2021. The organization was forced to use its reserves in order to keep its four facilities operating.

The YMCA has yet to submit its application for forgiveness and is still within the allotted time frame to do so.

Altogether, the YMCA of the Inland Northwest is responsible for maintaining 183,000 square feet of facility space.

Three facilities have swimming pools that require regular maintenance despite limited use, he adds.

“Prior to PPP and the MacKenzie Scott grant, we entered 2021 with a $3-million deficit,” Lesher says. “We’ve experienced very diminished membership.”

Lesher says the Y currently has a total of 500 employees, 114 of whom are full-time. At the start of the pandemic the organization had 560 workers, 29 of whom were full-time.

Clark Brekke, the CEO of Goodwill Industries of the Inland Northwest, says that the nonprofit was in a position not to take a PPP loan.

“We exceeded the initial threshold of 500 employees when the first round of money was made available,” Brekke says.

Goodwill furloughed 516 employees on March 26, 2020, at the outset of the pandemic, he says, and its leadership team decided against taking out a loan, Brekke says.

At press time for the Journal, Goodwill Industries of the Inland Northwest was still undergoing its annual audit in preparation of its 2020 annual report.

Nearly a third of that money, $10 million, was received in December through a donation from MacKenzie Scott.

Brekke says Goodwill took out a line of credit on one of its properties at one point last year, but with the help of Scott’s grant, the organization never ended up using its credit line for operations.