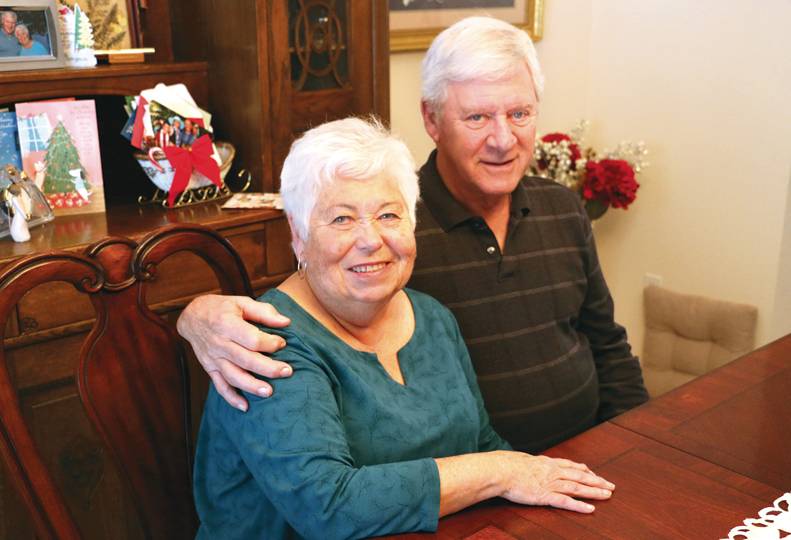 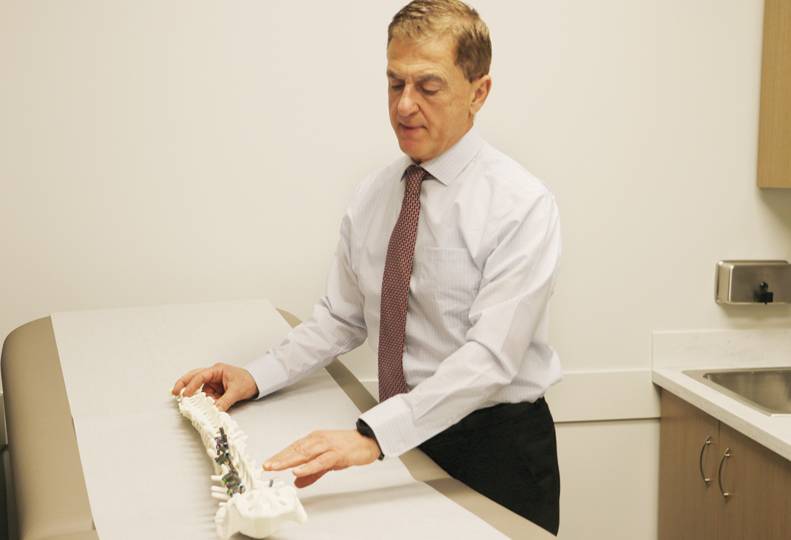 After 20 years of chronic back pain, former Stevens County Commissioner Fran Bessermin decided quality of life was more important than the fear of having spinal surgery and elected to undergo a new surgery technique developed last year.

Bessermin underwent multiple surgeries all at once to straighten her spine and treat her stenosis, or narrowing of the spine that pinches the nerves and causes leg pain, says Dr. Antoine Tohmeh, orthopedic surgeon with MultiCare, who performs a new surgery technique called prone transpsoas surgery, or PTP.

A transpsoas is the large muscle that flexes the hip.

Bessermin says she had been compensating for the pain by hunching her back and pulling her hips forward, which worked well for her until she and her husband, Hal Balzert, went on a cruise two years ago during which her pain intensified.

“I want people to understand that if you have a serious problem, just do something about it, because the more you let it go, the worse it gets,” Bessermin says.

Bessermin says beyond a few surgeries to treat bulging discs, she has never sought treatment for her chronic back pain.

“You tough it out. You compensate,” she says. “Surgery is the last thing anybody wants to do.”

Bessermin is hardly alone in her plight. Data compiled by the Centers for Disease Control show that while chronic low back pain presents in both genders, women are more likely to suffer from back pain than men.

Studies have been done to determine whether there is a biological or psychological reason why chronic pain in women is more common than in men. No conclusive reason has been determined, though hormones, pregnancy, labor and delivery, and musculoskeletal difference - such as a stronger curvature of the spine, have been listed as potential factors, according to a study published by The North American Menopause Society.

Several studies show that at least 50% of women experience back pain while pregnant.

While surgeons in Brazil and the U.S. have performed single-level or two-level PTP, Tohmeh claims he is a pioneer in performing a three-level lateral fusion using the PTP method, which was the treatment given to Bessermin.

A three-level fusion means three vertebrae were fused together. In Bessermin’s case, the L2 through L5 — a portion of the lower back — were fused, Tohmeh says.

“It’s still in its infancy,” he says. The first 25 cases are currently being written up, he adds, with the intention of publishing for peer review.

Since 2003, surgeons have used NuVasive’s XLIF, a laterally performed surgery that sometimes requires a patient to be rotated in the middle of the surgery to be able to place the rods and screws in the back, Tohmeh says.

Just like anything else, that method comes with a few disadvantages and potential risks, he contends, with risks in breaking sterility, moving the patient, and the high levels of anesthesia required to keep the patient asleep while being moved.

He adds that with a lateral surgery a surgeon enters through the lumbar plexus, a web of nerves in the lower back. If the technique isn’t done correctly, it could result in deficits in the legs after surgery, he says, noting that about 3% of such surgeries result in damage to the nerves that affects the legs.

Many of those disadvantages are eliminated with PTP, he contends, because the patient doesn’t need to be rotated to accomplish placing the rods and screws.

There is also minimal blood loss with single-position surgery, he adds, as only 1 1/2-inch incision is required on a patient’s side and smaller cuts are required down the back to place the rods and screws — much like incisions for a gallbladder surgery, he says.

Bessermin adds that she was up and walking in the hospital the next day, and while she still experiences some leg pain as the nerves in her back heal following the surgery, she’s seen a significant improvement in her posture and gait.

Balzert adds, “The prognosis was that if she didn’t have more extensive surgery done, that her condition would deteriorate and within a year or so she would be back in for something more extensive.”

Tohmeh says Spokane-based MacKay Manufacturing makes the Maxcess, a tool that helps open the body to allow access to the spine, that, with neuromonitoring, makes XLIF possible. He says the company currently is working on Maxcess five and a retractor for the PTP surgery, while San Diego-based AlfaTech is working on the prototype table attachments to lock a patient in position on the table during PTP.

Katie MacKay, vice president of MacKay, declines to confirm that the company is manufacturing Maxcess tools, citing client confidentiality agreements, but says via email that roughly $15 million in yearly sales at the company are spine technology related.