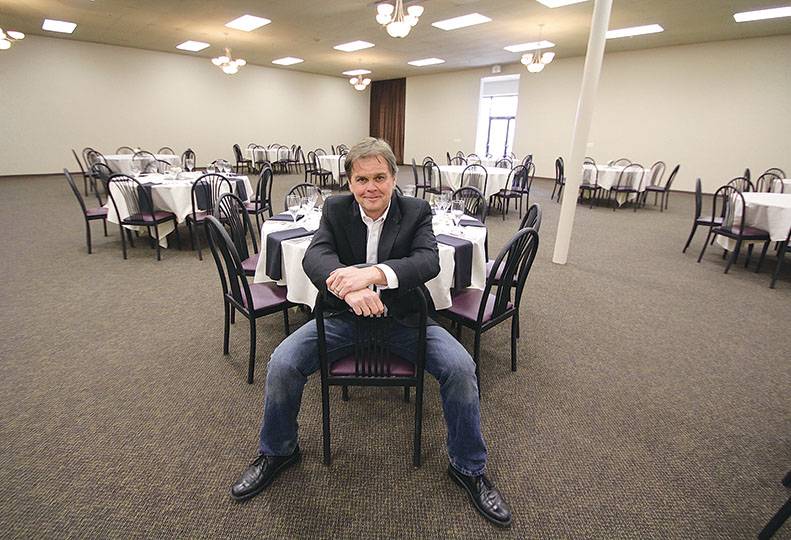 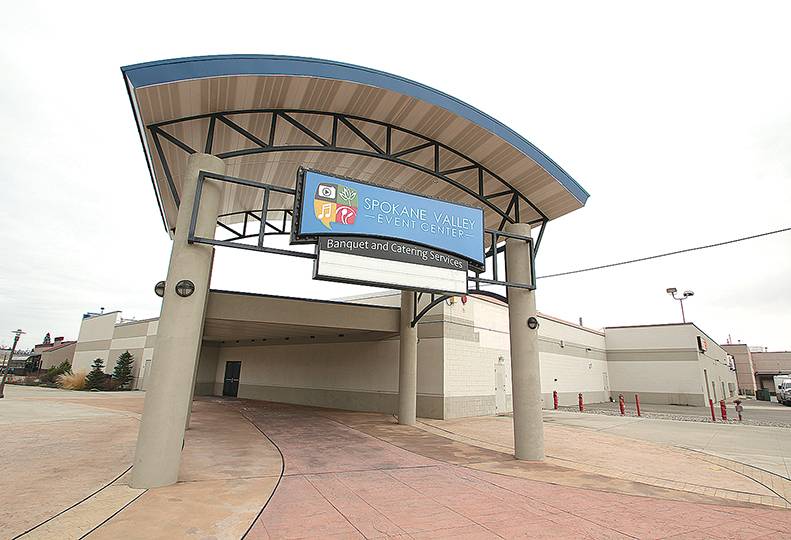 -—Kim Crompton
Located in the University Center shopping complex, the Spokane Valley Event Center has room to accommodate up to 450 people in banquet seating and 1,000 people in theater-style seating.

Glover Mansion Events LLC, of Spokane, owned by Bob Adolfson and his wife, Kimberly Coy, has opened a new event center in Spokane Valley, and Adolfson says it has gotten off to an encouraging start.

The Spokane Valley Event Center is located at 10514 E. Sprague, in the University City complex, and offers two meeting rooms with a total of about 8,000 square feet of meeting space, providing banquet seating for up to 450 people and theater-style seating for about 1,000 guests, Adolfson says.

“Bookings are going well. We have a bunch of weddings booked in all this summer,” he says, noting that the facility also recently hosted a Washington Pilots Association meeting. “We plan on a lot of weddings, corporate events, and nonprofit fundraising events.”

The Spokane Valley Event Center, which opened Feb. 1, also is marketing its space as being well suited for auctions, networking events, and birthday and graduation parties, among other types of gatherings. Adolfson says the cost to rent the facility ranges from zero up to $2,000, depending on the size of the event, the services needed, and when it’s to be held.

“There are times when we’ll waive rent, with food and beverage purchases. The rent is seasonal, and it’s scalable,” he says.

The event center offers full-service catering, provided by Red Rock Catering, of Spokane, which also is owned by Adolfson and Coy and operates as a unit of Glover Mansion Events. The center has some of its own audio-video equipment, and rents and brings in any needed equipment of that type that it doesn’t own.

The opening of the center boosts Glover Mansion Events, which will celebrate its 10th anniversary in September, to a total of five meeting facilities that it either operates or provides with food-service management.

Adolfson and his wife own the historic Glover Mansion, at 321 W. Eighth, and he says, “We do all of our sales out of the mansion.” Separately, Adolfson says, Glover Mansion Events provides exclusive catering services to the 54,000-square-foot CenterPlace Regional Event Center, at 2426 N. Discovery Place, and Chateau Rive at the Flour Mill, a 5,200-square-foot event center on the ground floor of the historic Flour Mill building, at 621 W. Mallon. In addition, he says, it’s the preferred provider for the Shriners Event Center, which opened late last year at 7217 W. Westbow Blvd. and has about 14,000 square feet of meeting and public space.

CenterPlace is owned by the city of Spokane Valley and touts itself as the Valley’s premier event venue for regional conferences, business meetings, banquets, community events, musical entertainment, weddings, and senior activities. The production kitchen for Red Rock Catering, which handles all of Glover Mansion Events’ off-site catering, is located in the CenterPlace building.

The Shriners’ event center is located on the former Worden’s Washington Winery property on the West Plains. The El Katif Shrine Center, the Spokane-based chapter of the international fraternal organization that supports Shriner’s Hospitals for children, acquired the property, which included 6 acres of land, in early 2010.

Glover Mansion Events has 10 full-time employees, but typically employs a total of between 50 and 60 people during its peak season, which runs from April through October, Adolfson says. He declines to disclose its annual revenues.

Before opening the Spokane Valley Event Center, Glover Mansion Events replaced a lot of lighting and all of the carpeting, did some painting, and made some mechanical-system improvements, he says, describing the upgrades as largely cosmetic.

“We felt that it was an underutilized facility and that there was plenty of room in the Valley for another event facility,” he says, adding that it also is close to the Red Rock Catering production kitchen at CenterPlace.

Adolfson and his wife founded Red Rock Catering in 2007.

“That’s the year we got the contract to manage food and beverage at the Fox Theater (at 1001 W. Sprague in downtown Spokane). We were there for five and a half years,” until losing that contract last year, he says. It also managed alcohol service at the Spokane Masonic Center, at 1108 W. Riverside downtown, briefly before the center closed in 2008.

“In 2009, we got the exclusive food service contract at CenterPlace, and we’ve been there ever since,” he says, adding, “That’s worked out great.”

Red Rock Catering does some catering for outside clients, “but it’s a small piece of our business,” he says. “We do a lot of events in corporate offices, company picnics, weddings at people’s homes—all of that kind of stuff.”

Adolfson and his wife bought the 126-year-old Glover Mansion in 2004, and he says demand for space in that three-story, 12,500-square-foot building has been great.

“The mansion is really successful for weddings. It’s primarily a wedding venue, but we do some corporate and nonprofit business in the off-season,” he says.

The Tudor-style structure was designed and built by famed architect Kirtland Cutter for settler James Glover, who often has been referred to as the father of Spokane, and was built at a cost of $80,000 to $100,000, records show. A description on Glover Mansion Events’ website calls the building “a beautiful example of late 19th century design” and says the interior of the structure features woodwork from 10 different areas of the world and an array of lead- and stained-glass windows in original condition.

The mansion can accommodate multiple smaller events or one as large as 275 guests, and has private suites for small intimate gatherings and a grand hall with a 25-foot-high ceiling surrounded by a mezzanine with a private balcony, the website says. Outside, it has a garden with a covered patio area that can be used for wedding ceremonies or tented events.

Adolfson, a Spokane native, brought plenty of applicable experience to his business venture here, having worked for 16 years in various management roles with Aramark Corp., a $14 billion a year global managed-services conglomerate. He spent most of his time in the company’s sports and entertainment segment, which managed food, beverage, and other services for professional sports teams, as well as national park concessions, convention centers, and a variety of entertainment venues.

One of his assignments during that period, he says, involved managing all of the food service at Oriole Park at Camden Yards, the Major League Baseball facility in downtown Baltimore, Md., for two years.

He says he also spent some time earlier in his career working for the Sheraton hotel chain, including the Sheraton hotel here—now the Doubletree Hotel Spokane-City Center—when it opened near the Spokane Convention Center, and the Shenanigan’s restaurant here.

Adolfson left Aramark Corp. in 2004, and says he learned when he came from Seattle to Spokane to participate in the Bloomsday run that year that the Glover Mansion was for sale. He decided after further research that he wanted to buy it, but says “it took all summer to get the deal done.”

He then commuted here from Seattle for three years, he says, until moving his family here in the summer of 2007.

“I grew up here and all of my family is here, so that was the fun part of being able to come back and run a business in my hometown,” he says.

In his last couple of years at Aramark, he was charged with scouting out independent facilities that the company potentially could acquire, and being familiar with Spokane, he says, the mansion “just jumped out at me” as an acquisition target from an entrepreneurial perspective.

Reflecting on his return to Spokane, he says, “I was gone for the better part of 25 years. The town had changed a lot—in a lot of ways, for the better. It’s been a great 10 years.”