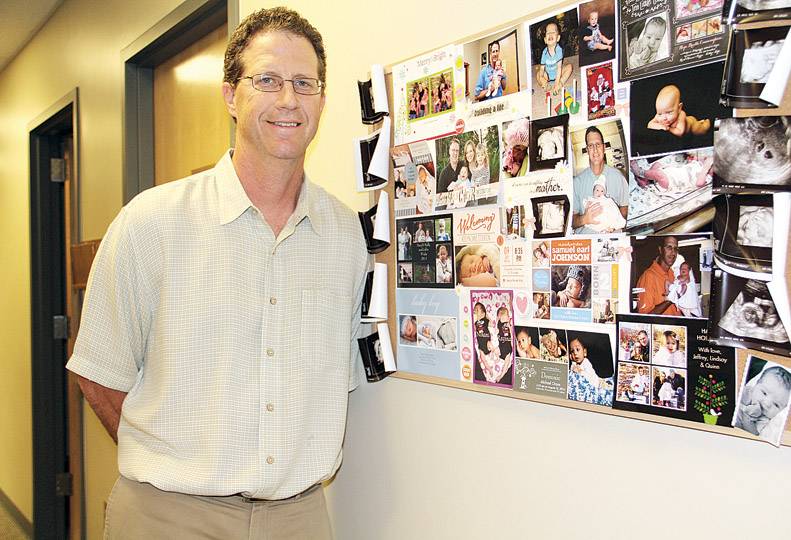 -—Katie Ross
Dr. Robert Milligan, of Associates for Women’s Health, says that many women are opting for less-aggressive treatments, such as uterine ablation, instead of full hysterectomies.

For example, he says, there are techniques for performing a hysterectomy that involve using a laparoscope, a tool that can have either a small camera or surgical tools attached to it, which only requires a small incision in the abdomen.

Another technique involves using laparoscopy to remove the uterus, but not the cervix, through a small abdominal incision. Both techniques have minimal recovery time, Milligan says.

“In this state, you can’t take time off and get paid,” Milligan says. “Even with urogynecology (a subspecialty of urology and gynecology), we can fix incontinence and they can go home the same day. Most surgeries are done as outpatient procedures now. Almost everything is done to try and get it all done in one to two days.”

Associates for Women’s Health has three partners: Milligan, Dr. James Brasch, and Dr. Kurt Fine. The practice is located in a 4,200 square-foot office in the medical office building on the Providence Holy Family Hospital campus, at 212 E. Central.

“With only three guys, it’s hard to stretch yourself that thin,” he says.

The three partners do travel to three of the major hospitals in the area—Holy Family, Providence Sacred Heart Medical Center & Children’s Hospital, and Deaconess Hospital—to deliver babies. With only three physicians, Milligan says, they don’t travel to Valley Hospital in Spokane Valley or to Kootenai Health in Coeur d’Alene because they’re too far.

“You do run into a limit of how far you can stretch yourself,” he says. “If our group was bigger it’d be different, but that’s not the case.”

Associates for Women’s Health currently has 15 employees and sees about 300 patients a week in its office, Milligan says, not including patients the partners travel to hospitals to see.

The partners are all certified general OB-GYNs through the American College of Obstetrics and Gynecology. Each partner does, however, have some specific interests within the field, he says.

For example, Milligan says he specializes in recurrent pregnancy loss evaluations, while Fine likes to focus on high-risk obstetrics.

While the practice offers general obstetric and gynecological services, it does refer patients out for certain conditions and treatments, such as cancer or in-vitro fertilization, he says.

“We do some infertility, but not much,” Milligan says. “We don’t do IVF. We get them to that point, and then we stop and refer them out for that.”

The practice also does sterilization treatments for women, Milligan says, although only at Deaconess Hospital.

A current treatment that women seem to be seeking frequently is uterine ablation, Milligan says.

The procedure, which is used to eliminate heavy uterine bleeding, involves burning or otherwise destroying the lining of the uterus. Ablation is a way to treat extreme bleeding without the patient having to undergo a complete hysterectomy, Milligan says.

It also can be done in Associates for Women’s Health’s offices instead of in a hospital.

The practice sees women of all ages coming in for uterine ablation, Milligan says.

However it’s more popular with women over 35, because a woman can’t have a child after undergoing the procedure.

“We usually have to do sterilization at the same time,” Milligan says.

Associates for Women’s Health began as the private practice of Brasch’s father, Dr. Joseph Brasch, in 1978. James Brasch began working at the practice in 1988, Fine joined in 1999, and Milligan says he came aboard in 2006.

The name of the practice was changed in 1990. It originally occupied a 2,100-square-foot space at Holy Family, Milligan says, and moved to its current, larger space five years ago.

“Home births are still tough to do; they’re not covered by malpractice insurance,” he says. “In this state, there is a large lay-midwife industry. If there’s a problem, we see those patients come here.”

Milligan, who practiced for seven years in Modesto, Calif., before moving to Spokane and joining Associates for Women’s Health, says he worked with midwives there frequently, but it was “always hospital-based.”

“Patients who come to me while they’re high risk, and then when they’re not anymore they say … ‘I want to deliver at home’. And I say, ‘Okay, see you after,’” Milligan says. “There’s definitely more home births here than in California. From our point of view, we still welcome those patients for the things they can’t do (at home).”

Looking toward the future, Milligan says the practice is interested in adding a female OB-GYN, and perhaps a nurse practitioner and physician’s assistant as well.

“We would probably have to move or get more office space,” Milligan says. “There’s definitely a place on the North Side for more female practitioners. It was almost all women when I was coming through school, so that’s definitely a change.”

In addition to possibly increasing its staff, Associates for Women’s Health also will continue to perform outpatient procedures when possible, as well as taking steps to help patients feel more at home in the office and hospital, Milligan says.

“As far as procedure, the trend is to make it more like you’re in the home,” Milligan says.

He cites Holy Family’s $9.5 million remodel of its maternity center, which the hospital opened last February, as an example.

“All the sterile stuff is hidden,” he says. “They’re also using the LDRP (labor, delivery, recovery, and postpartum) model—the patient stays in the same room the whole time. We support that; we want patients to be comfortable.”