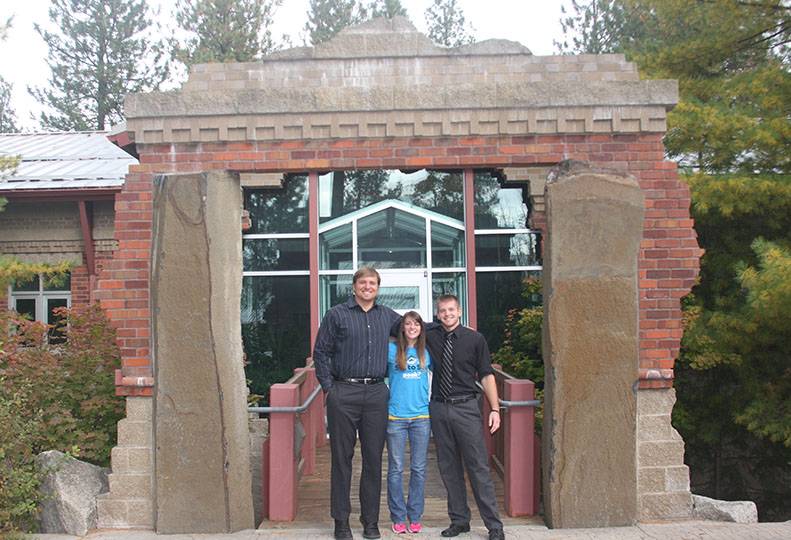 Spokane-based nonprofit Peak 7 Adventures, which seeks to transform the lives of at-risk youth through outdoor activities, says it has served 3,000 participants through its programs this year, nearly a quarter of its more than 12,000 total participants since the organization was founded in 2006.

Ryan Kerrigan, executive director of Peak 7, says that the number of youths served grew steadily by about 500 every year through 2012, when it hit 2,800 served.

Of this year's 3,000 participants, about 1,600 of them were from the Spokane area, and the rest were from Peak 7's other sites, in Seattle and Prineville, Ore. Kerrigan says the organization conducted 200 excursions this year.

Earlier this year, Peak 7 landed a grant from the M.J. Murdock Charitable Trust that—together with other funds yet to be raised—could provide the organization with $155,000 for new equipment, Kerrigan says.

"It's a huge achievement for us," he says.

Also, Peak 7 Development Manager Ryan Rodin says the nonprofit received a grant last summer from outdoor outfitter The North Face Inc.'s Explore Fund. The North Face selected 10 organizations out of 500 applicants, Rodin says, and then had those companies compete in a contest on Facebook by posting a video about themselves on the Explore Fund Facebook page and asking people to vote to determine the winners. He says Peak 7 finished in the top two and received $25,000 from the company.

Peak 7 Adventures is a 501(c) 3 or-ganization located in the former Cyan Worlds Inc. building, at 14617 N. Newport Highway. Kerrigan co-founded the organization in 2006, and it expanded to its other locations in 2011. The organization works with youth-oriented programs here such as Youth For Christ, the Boys and Girls Club, Excelsior Youth Center, and the YMCA.

"I always had the idea to work with youth, and I loved the outdoors," Kerrigan says. "After I moved to Spokane, I saw that the youth here were in need, and I wanted to teach them how to really enjoy and respect nature."

The age range for participants is between 13 and 19, he says, but there are a few trips—including an annual father-son outing—that also include younger children.

Per trip, the cost for a participant starts out at half what Peak 7's cost is per person for that trip. Then, Peak 7 adds discounts, and scholarships also are available from donated funds. Peak 7 determines the discounts offered to local youth programs based upon the population those programs serve. Peak 7 employees work with the youth programs to determine how much money each program has in its budget for trips like the ones Peak 7 offers. The discounts can be from 15 to 50 percent. Scholarships are then awarded to youths who cannot afford their youth program's discounted price. Rodin says Peak 7 uses a scale similar to the federal poverty index that calculates the youth's parent or guardian's income compared with their household size to determine the scholarship amount.

"On average, for a rafting trip, our cost is $70 per person. But after discounts and scholarships, they usually pay an average of $18, and sometimes as low as $5," Kerrigan says.

Climbing trips run about the same as rafting, he says. The backpacking or ascent trips are much more costly, as they are multiday outings and require more equipment. Peak 7 pays about $550 per participant for those trips, he says, and the average cost for the participant is usually less than $100. Kerrigan also says that many youth centers will raise funds on their own for their part of the cost.

"In the past, we had done trips for free, but we found if we did that, a lot of the time people wouldn't show up because they weren't invested at all in the trip," Kerrigan says. In total, he says, 28 percent of the organization's funds come from participants.

Peak 7 gets the rest of its funds from private donations, fundraising events, and grants such as the Explore Fund. The organization has a yearly budget of about $500,000, Kerrigan says. He says the organization gets much of its gear donated from outdoor retailers such as Marmot Mountain LLC, Outdoor Research, and Ibex Outdoor Clothing LLC.

"We provide high-end trips with high-end gear that we would not be able to afford without donations," Kerrigan says.

The organization holds several fundraising events every year in Spokane, such as a bocce ball tournament and partnerships with several five-kilometer races such as the Dirty Dash. Next year, Peak 7 is thinking about adding a new fundraiser here, a banquet dinner in mid-March, Rodin says.

He says the organization is looking for its next year to be a period of sustainability, not necessarily growth. He says Peak 7's goal is to serve 3,100 participants next year, which is only a slight increase from this year's numbers.

"We're kind of capped out for the number of kids we can have and still have the program function properly," Kerrigan says. "We want to focus on how we can improve the program we have to make it the safest and most professional we can."