Engineering firm sends work to its other offices, competes for small pool of experienced talent 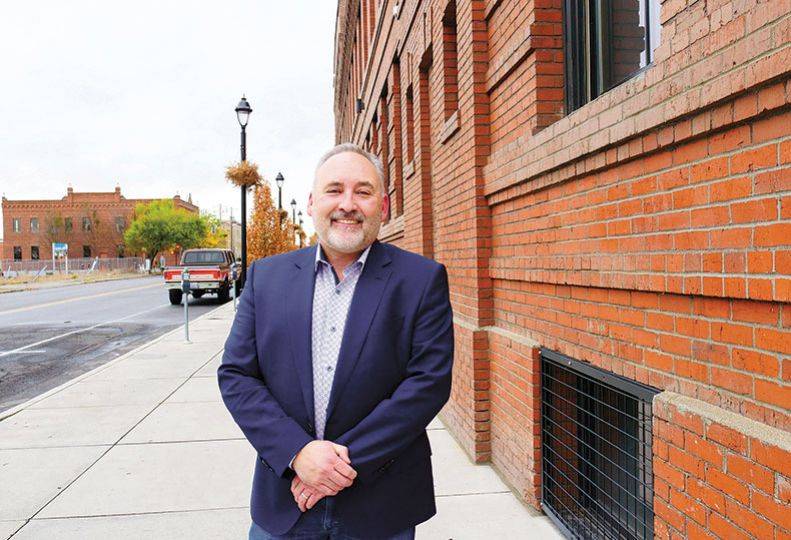 -—Virginia Thomas
Roger Flint, chief operating officer at Parametrix, says the company is farming out some work to the firm’s other offices as it looks for additional engineers.

The Spokane office of Seattle-based engineering company Parametrix Inc. is receiving more work than its staff here can handle and is having to share some of that work with its other offices.

Roger Flint, chief operating officer at Parametrix, is based out of the Spokane office, which has 30 employees.

“The biggest issue that we’re dealing with right now is one that I think everyone is: attracting talent,” Flint says. “Right now, we’re exporting about one-third of our work to other offices, which is a good thing in some ways, but I’d rather deliver more of it here locally if I had enough staff to do it .”

Flint says it’s challenging to find employees with the right amount of experience, particularly those who can manage the roughly $5 million in billable projects Parametrix’s Spokane and Coeur d’Alene offices share.

“It’s hard to find folks with 10 to 20 years of experience,” he says. “We need probably five more people. But it needs to be five people with the right skill set, who know how to do a lot of different things.”

However, Flint says hiring is a challenge due to the tight-knit nature of Spokane’s engineering industry.

“Spokane is its own little microcosm. There’s only so many people who physically live here that have that set of skills,” he says. “Typically, they’re already working somewhere else. Unless something’s not working out for them where they’re working right now, they’re probably not going to leave.”

The Parametrix office here is located in the Wonder Building, at 835 N. Post. In 2018, Parametrix became the first tenant in the renovated building after serving as the civil engineer on the building’s redevelopment project.

“We do traditional infrastructure, civil engineering type of work,” he says. That includes construction management and surveying, highway and roadwork, environmental remediation, and water, wastewater, and sewer work.

“We do a lot of work for the Washington state Department of Transportation,” Flint says.

The North Spokane Corridor is one project on which Parametrix is working for the state.

Another ongoing state project for Parametrix is a J-turn being constructed at Colbert Road and U.S. 2, north of Spokane. A J-turn is a restricted-crossing U-turn that’s a safer alternative than a conventional left turn from an access road onto a multi-lane highway.

“We’re doing a lot of the development work for the Kalispel Tribe. Right now, we’re helping them with some of their water and utility service issues,” Flint adds. “We’ve been trying to help them identify what their impacts and needs are going to be so that they can articulate that back to the city of Airway Heights.”

Other clients include public entities such as the city of Spokane, Spokane Transit Authority, and S3R3, the West Plains public development authority.

Flint says Parametrix occasionally takes on projects that don’t fit its typical workload of roadway and water services, such as a trail project along the Spokane River.

“There’s going to be a trail extension on the big combined sewer overflow tank directly across the river from us, right by City Hall,” he says. “There’s that little trail area that drops down along where the tank is. From there, it’s going to go under the Monroe Street Bridge and connect up on the other side, and there’ll be a cool observation area. It’s not huge dollars for us, but it’s pretty cool.”

Flint says use of emerging technology, such as drones, has enhanced the type and quality of work Parametrix and other engineering companies can complete.

For example, the company used drones to inspect the underside of the Post Street Bridge, where the bridge deck meets the sheer cliff of the riverbank. It’s a spot that’s typically inaccessible to humans, Flint says.

“We flew underneath it and took pictures that helped determine the bridge was in really bad shape,” he says.

Flint can see the bridge from the Parametrix office.

Parametrix was founded in Seattle in 1969 as Delta Engineering. The name was changed to Parametrix in 1974, and the company became 100% employee-owned in 1999.

The company has seven offices in Washington, two in Idaho, two in Oregon, and one location each in Salt Lake City, Las Vegas, and Albuquerque, New Mexico.