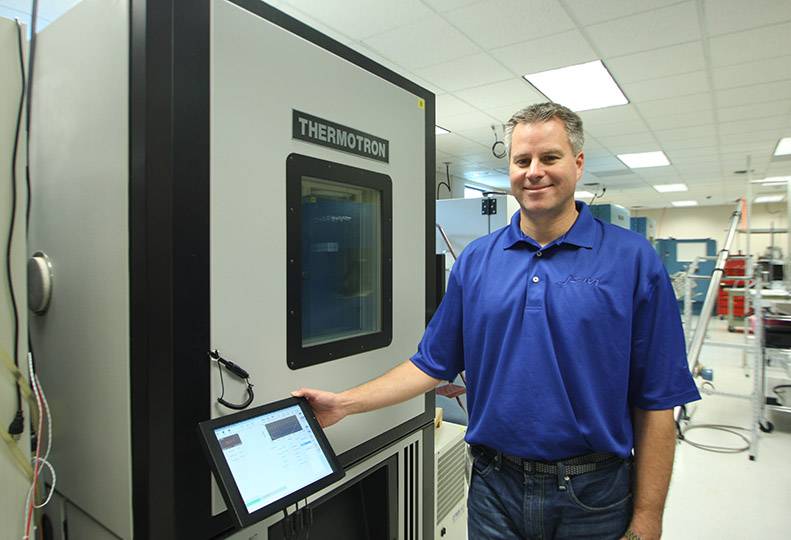 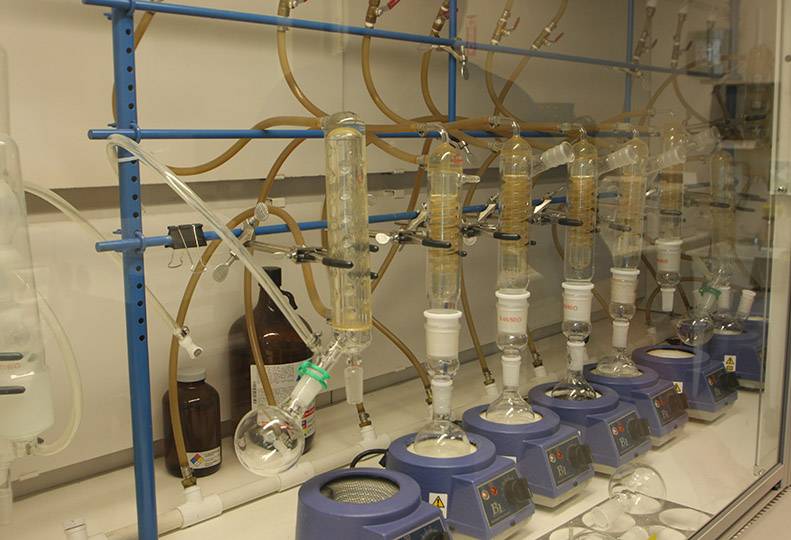 Operating out of a 23,500-square-foot space at 2218 N. Molter, Parker Aerospace has hired three people so far this year and plans to bring on more workers by the end of the year, Kinney says. In all, the company, which designs, tests, and builds systems and components for commercial and military aircraft, employs 37 people here in addition to two independent contractors.

Cheryl Flohr, Irvine, Calif.-based director of communications for Parker Aerospace, says sales have remained stable for Parker Aerospace overall. She attributes that to its products being used in a number of industries, not just aerospace, which can offset decreases in demand in any given market.

Parker Aerospace is a division of parent company Parker Hannifin, a motion-and-control manufacturer also based in Cleveland.

The Liberty Lake facility mostly focuses on product development and testing, using a fluid compatibility laboratory to test the reaction of different materials and liquids, and about half a dozen temperature and altitude chambers. It uses those chambers for product development and qualification, such as ensuring a cooling system holds up at high altitude. Less than half of its efforts are spent on final product assembly, which also is performed at a facility the company operates in Mentor, Ohio, Kinney says.

He says as the company continues to grow, he envisions the mix will swing more toward production, or final assembly, instead of development and testing.

Parker Aerospace refers to the Liberty Lake and mentor facilities generically as thermal management systems operations. They're part of a larger division within the company known as gas turbine fuel systems. That division has five other facilities in addition to Liberty Lake and Mentor, Kinney says.

Kinney says two-thirds of the thermal management systems work is done at the Liberty Lake facility, while a third is at the facility in Mentor, Ohio. Mentor also specializes in making fuel nozzles used mostly in jet engines, Kinney says.

"The nozzles spray out fuel into the main combustor core in the engine," Flohr says.

Parker Aerospace occupies the building formerly home to SprayCool, a company that produced electronic cooling products and had been located in Liberty Lake since 2002. The company originally formed in 1988, operating as Isothermal Research Inc., Kinney says, and previously was located in Clarkston, Wash.

Kinney, who worked with SprayCool as the director of business development prior to the sale, says the acquisition enabled the facility here to supply customers with a full cooling system, as opposed to just the SprayCool chassis.

In addition to the enclosure, a full system includes all pumps, motors, controllers, and valves needed to monitor the system and keep everything running, he says. He says that added capability was one of the benefits of Parker Aerospace purchasing the company.

"When we were SprayCool, we just did boxes," Kinney says.

A cooling system designed by Parker Aerospace uses an enclosure or cold plate, which is a flat piece of metal mounted with electronics. A fluid tubing system paired with a way to cool the fluid, such as a fan or forced air, keeps cold fluid circulating among the electronic components.

The SprayCool chassis, available in a variety of sizes but coming in a standard size of a foot-by-foot cube, is a square or rectangular box that is outfitted with a pump, which circulates a nonconductive liquid inside.

The box houses rows of electronic boards that are sprayed with the liquid to keep them cool, Kinney says, ensuring the electronics continue to run even after extended use.

"This is an exciting product line," Flohr says of the SprayCool chassis, adding that Parker Aerospace anticipates it will see the uses for SprayCool products increase over time.

Parker also uses a similar electronic box known as a liquid flow-through enclosure, or LFT, which uses an external pump to circulate liquid through the sidewalls of the box, rather than spraying it directly onto the boards.

The Liberty Lake location still sells its SprayCool chassis, Kinney says, which accounts for more than half of sales through the thermal management systems unit of Parker.

"We'll always do SprayCool chassis hopefully," Kinney says. "It's what's kept the lights on for sure."

However, he says sales of the chassis alone likely will decrease in favor of full cooling systems that incorporate the chassis.

"Parker has shown a commitment to staying here," Kinney says.

Kinney says that of the work Parker Aerospace does, about 65 percent is commercial, and 35 percent is military.

Kinney says Parker's cooling systems often are installed on unmanned aerial vehicles, such as the Global Hawk. A fighter jet typically would include an environment control system that keeps the pilot alive, and in turn keeps the electronics cool enough to operate.

However, in an unmanned plane, an environmental control system isn't needed, so just a cooling system is installed.

"We put stand-alone cooling systems on there so that's where we've been able to have a market," Kinney says.

For that contract, the thermal management systems unit within Parker Aerospace will design, manufacture, and assemble fluid-pumping hardware, fluid tubing, and other cooling equipment. The work will be split between the Liberty Lake and Mentor locations.

Kinney says Parker Aerospace expects to sign two more development contracts this month, but declines to disclose the details of those projects.

Compared with the Kongsberg contract, Kinney says, "At the front end they're smaller, but they have the potential to be significant."

Parker Hannifin is a $13 billion com-pany with more than 300 locations worldwide, Flohr says. The parent company has more than 60,000 employees, which includes about 6,000 overall in its Parker Aerospace division.

Parker Aerospace has 44 locations worldwide, with most located in the U.S., she says.

Across all of its divisions that include others devoted to aircraft wheels and brakes, hydraulic systems, and flight control systems.

Parker Aerospace accounted for $2 billion in sales for Parker Hannifin as of last year.