Paying off burdensome debt before you retire 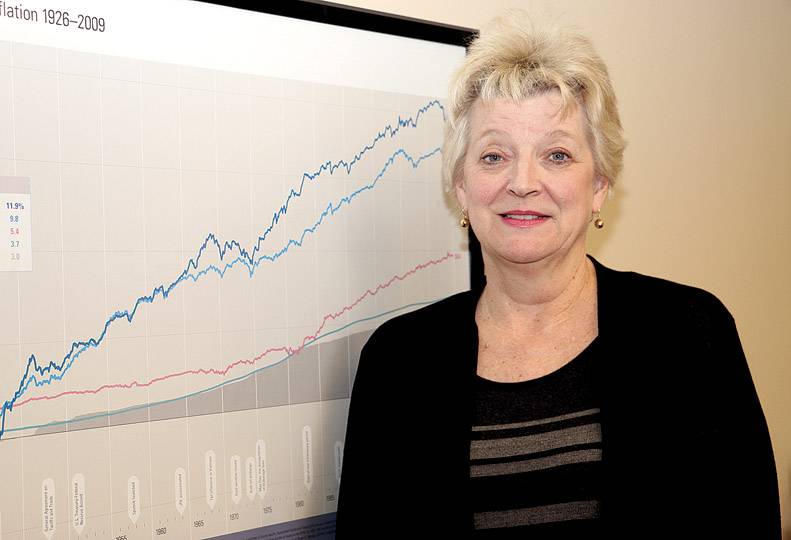 -—Judith Spitzer
Greer Bacon, owner of Asset Planning & Management Inc., says half of her clients who are in their 50s and 60s still carry a mortgage. Some still have student loans and credit card debt as well.

An October 2014 report from the Filene Research Institute, a Madison, Wis.-based research group, analyzed the financial state of pre-retirees, referring to those between 51 and 61 years of age. Its report shows that 60 percent of pre-retirees had at least one source of long-term debt and 26 percent had at least two sources.

The Federal Reserve of New York says debt is climbing dramatically among retirees, from $8 billion in 2005 to $43 billion this year. The research shows that many retirees borrow money using expensive credit cards, and that many lack both short-term and long-term financial management and planning, and use financial advice only sparingly. Research also shows the most critical factor driving increased debt is the increased value of primary-residence mortgages.

The Filene report also found that some of pre-retirees  made no provisions for rainy-day funds to carry them through unexpected economic downturns.

Greer Bacon, a certified financial planner here who owns Asset Planning & Management Inc., of Spokane, says about half of her clients in the 50 to 60 pre-retirement age group have mortgages on a primary residence, a few have student loan debt, and some have credit card debt.

One of the biggest questions Bacon says she gets is whether or not to pay off mortgages before retirement. The answer, she says, varies with each client’s circumstances.

If people can meet their savings goals, it’s a great idea to pay off the house, she adds.

“If not, it may not be a good idea to pay off the mortgage. With mortgage rates so low still, it may be smarter to invest the money where you can get a better return on investment. So the answer is different for everyone,” she says.

The few clients Bacon sees who have student loan debt are usually retirees returning to college themselves, rather than debt acquired from their children’s education, she says.

She recommends if people seek help through a credit counseling service that they make sure the service is a nonprofit service rather than a for-profit company.

Sarah Carlson, owner of the Fulcrum Financial Group on Spokane’s South Hill, says she sees people making the mistake of not prioritizing their own retirement before they prioritize their kid’s education.

“There is a lot of financial aid available for school,” Carlson says. “But there’s no financial aid for retirement. People are finding themselves squeezed.”

She doesn’t see as many people at retirement age with educational debt of their own; usually, it’s their grown children’s debt, she says, or they’ve co-signed on a loan and then are stuck with it because their children can’t pay it.

Carlson says she advises people to treat themselves as a bank.

“Prioritize yourself first. There are scholarships for education for the kids, and 100 percent of financial aid is need based. For parents, retirement funds are not part of the calculation for financial-aid eligibility, so you can put your money in retirement savings, and it won’t be counted,” she says.

“We try to get our clients debt free,” she says. “Even on their primary house. We say (they should strive for) no-to-low debt.”

Brian Wagnon, wealth adviser at the downtown Spokane branch of Columbia State Bank, says it’s wise to reduce all debt as much as possible.

Still, Wagnon says, people poised to retire need to look at the big picture and prioritize which type of debt should be paid off first.

“Mortgages are not necessarily bad debt,” Wagnon says. “Lines of credit and credit card debt with variable interest rates should be considered the No. 1 priority. And car payments should be a priority since you’re paying toward a decreasing asset. I would put any revolving debt at the top of the list.”

Student loan debt, on the other hand, is more flexible and can be leveraged to some extent, he contends.

“Student loan debt is a little trickier,” he says. “There may be a tax savings to some student loan debt, and it depends on a person’s tax situation.”

He adds that if a person has the means, student loan debt should also be paid off before retirement if possible.

Carlson says she’s seen a lot of young professionals in their 30s and even 40s with $400,000 worth of debt from college.

“It’s a big noose around their neck. It’s hard to get ahead of things,” she says.

“For those who are middle-aged, if they’re not paying off credit card debt every month, then they’re living beyond their means,” says Bacon. “It’s a lot harder to pay off after retirement. If credit card debt is a problem, it is essential you get spending in line with what you’re earning.”

Bacon says she’s seen people get into more trouble with credit after taking a loan out on the equity in their home to pay off debt, and then repeat it all again in another year or two.

“It chews up the equity on the home and really, people need to get a grip on it,” she says.

Although many people think debt consolidation is the answer to their debt problems, Wagnon advises caution when thinking about transferring credit card balances to a zero percent interest credit card.

“People think they can pay off debt faster that way. Most of the time though people start using the old credit card again and end up being in debt twice as much,” he says.

Wagnon says if people do consolidate debt, he advises them to immediately cancel the original credit card, and close it out after a balance transfer, regardless of the impact it can have on a credit score.

“It will impact your credit, but it’s well worth it if you’re not going into more debt,” he says.

Carlson says often people are focused on the here and now, rather than their needs in the future and retirement.

She says there is lots of advice in the marketplace on the benefits of saving.

“All banks have investment people you can talk to. It takes action to set up a savings plan. But you can even do it online,” Carlson says.

“We recommend that people with time on their side be proactive and save 15 percent of their pay toward retirement. If you buy a new car, put a lot of money down so you’re not financing as much,” she says.

The hardest part, she says, is getting people to take action. “It takes a lot to get people motivated,” she says.