Participation by businesses seen as next growth area 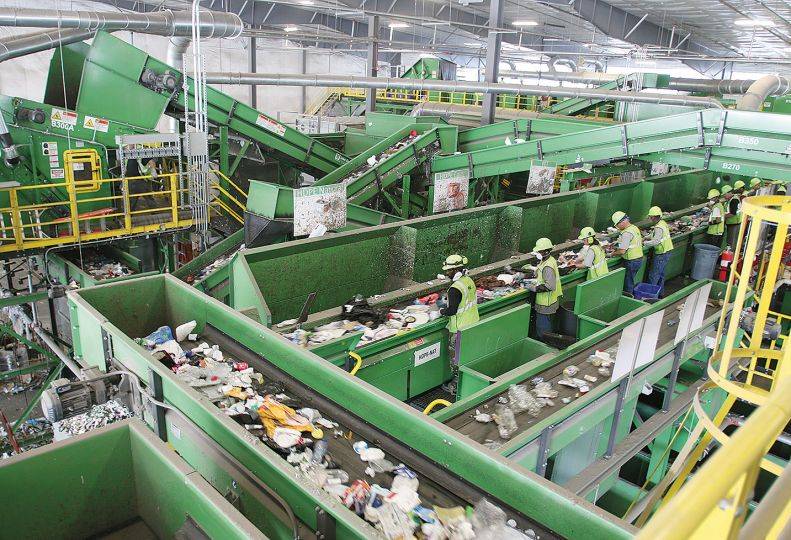 While the Spokane Regional Solid Waste System touts the growing acceptance and participation in recycling programs, confusion remains among some residents about how to recycle or dispose of certain items, including bulbs and batteries, says Suzanne Tresko, the system’s recycling coordinator.

Spokane Regional Solid Waste, for example, accepts fluorescent tubes and bulbs from residents at its household hazardous waste drop sites, but the system isn’t set up to handle the volume of fluorescent tubes that the commercial sector uses, says Tresko, adding that businesses should bring their spent tubes to private recyclers and retailers that accept them.

“We don’t want any light bulbs of any kind in the big blue cart,” she says.

Incandescent lights should be disposed of in the garbage, rather than with recyclables, Tresko says.

Fluorescent lights, including compact lamp and long-tube varieties, contain mercury, a toxic metal, and should be disposed of as hazardous waste, she says.

“Fluorescent tubes don’t go in the big blue cart and we don’t want them in the residential garbage can,” Tresko says. “Those lamps are going to break and contaminate you and the garbage truck. You can bring fluorescent tubes to household hazardous waste facilities if they are unbroken.”

The system’s hazardous waste program accepts unbroken fluorescent bulbs from private residences at no charge. Drop sites are located at the Valley transfer station, at 3941 N. Sullivan; at the north county transfer station, at 22123 Elk Chattaroy Road; and at the waste-to-energy facility, at 2900 S. Geiger Blvd.

Some of the larger hardware stores also accept fluorescent tubes, Tresko says, adding that residents should call a hardware retailer before bringing them in.

Businesses, though, are prohibited from disposing of fluorescent tubes and bulbs through the solid waste system.

“You would need to call a specific company that can handle that,” she says.

Traditional incandescent bulbs and light-emitting diodes (LED lights) can be disposed of in the regular garbage.

“There’s no (hazardous waste) issues with LEDs,” Tresko says. Because most LEDs are long lasting and still in service, there isn’t a recycling market for them yet, she says.

As for batteries, the city of Spokane operates the only curbside recycling program in the county that picks up household batteries, she says.

Batteries aren’t sorted with the rest of the recyclables at the single-stream recycling plant, though.

Some home-electronics and office-supply stores have collected household batteries over the years, she says, adding that residents should check with stores before bringing recyclables to them.

Some cell phone retailers accept used cell phones, batteries, and chargers regardless of the model or carrier, Tresko says.

Also, some service organizations such as the YWCA and Spokane Neighborhood Action Partners collect old working cell phones with chargers for emergency use, she says.

Lead-acid car, motorcycle, golf cart, and riding lawnmower batteries aren’t considered household batteries, and the curbside recycling program doesn’t collect them. They can be dropped off at household hazardous waste stations, although some private recyclers, including Earthworks Recycling Inc., at 1904 E. Broadway, and Action Recycling Inc., at 911 E. Marietta, pay for them.

In the single-stream recycling system here, recyclable materials are sorted at the Spokane Material and Recycling Technology Center, at 2902 S. Geiger Blvd., next to the waste-to-energy plant on the West Plains.

Prior to single-stream recycling, fewer types of materials were accepted—mainly newspapers, glass, metal cans, some plastic bottles and jugs, and specific types of cardboard—which were sorted at the curb as they were picked up.

The single-stream plant, which has 75 employees, processed 82,000 tons of recyclables in 2013. The plant is one of the largest components of the recycling programs in Spokane County, where residents recycle 55 percent of their solid waste. That level of participation puts Spokane County a few percentage points above the state average for materials diverted from disposal as solid waste, according to the Washington state Department of Ecology.

Other components of recycling programs here include yard-waste/food-scrap collection, targeted education and outreach, and collaboration with governments, private recyclers, haulers, businesses, and residents throughout the county.

Tresko says she’d like to see continued growth in the recycling rate in Spokane County, especially from business sources.

“A lot of what we can do as residents can carry over to businesses,” she says.

Tresko recommends businesses call their solid waste haulers and ask if they can put all single-stream recyclables in their blue carts.

Some businesses may have a hauler that only picks up paper or cardboard. “Those commodities can have exclusive markets on their own,” she says.

In many cases, though, anything that can go into the residential big blue cart, can also go into business recyclables, and that’s something many business managers and employees don’t realize, Tresko says.

Before the single-stream facility went live, some Spokane businesses were issued blue carts for office paper and cardboard.

“A lot of businesses were recycling in the big blue cart before it went to single stream, but don’t realize they can probably now put all single-stream recyclables in that same cart,” Tresko says.

“One way to increase recycling is to change the label on the blue bin, so employees know they can put their pop cans and water bottles in,” she says.

The city’s Waste Reduction Assessment Program, a service of the solid waste department, provides no-charge consultations for businesses that want to reduce solid waste and disposal costs. The service can range from supplying educational literature about recycling to examining trash-bin contents over a period of time.

“We can go to businesses and help them recycle more and make less garbage,” Tresko says. “We’ll go in and help businesses save money.”

Some people, in their efforts to recycle, put items in the blue bins that aren’t appropriate for the single-stream plant.

Windsor says plastic foam, such as Styrofoam, often shows up in recycle bins, when the only place for it is in the garbage can.

“We can’t recycle it and it takes up a lot of space,” he says. “It contaminates recycling carts and quite frequently ends up in residual waste at the center.”

Another item that’s technically recyclable but causes problems in the single-stream plant is the common plastic grocery bag.

There is a market for plastic grocery bags, though, Windsor says, adding that most grocery stories have programs that accept used grocery bags.

Otherwise, he advises residents to put them in with the garbage.

Tresko says residents can put small pieces of scrap metal in their recyclables, but large pieces of metal should be brought to a recycler that specializes in scrap.

“Tire chains are not good on the equipment,” she adds. Some sharp or flat pieces of metal also can jam the single-stream equipment.

The Spokane Regional Solid Waste System maintains a website, solidwaste.org, with a link called “Getting Rid of It” near the bottom of the page, Tresko says. The link provides access to information on how and where to recycle or dispose of hundreds of items ranging from aerosol cans to yard waste.

“It’s all nice and alphabetized,” she says.