Spokane businesses see promising growth through first half of '13 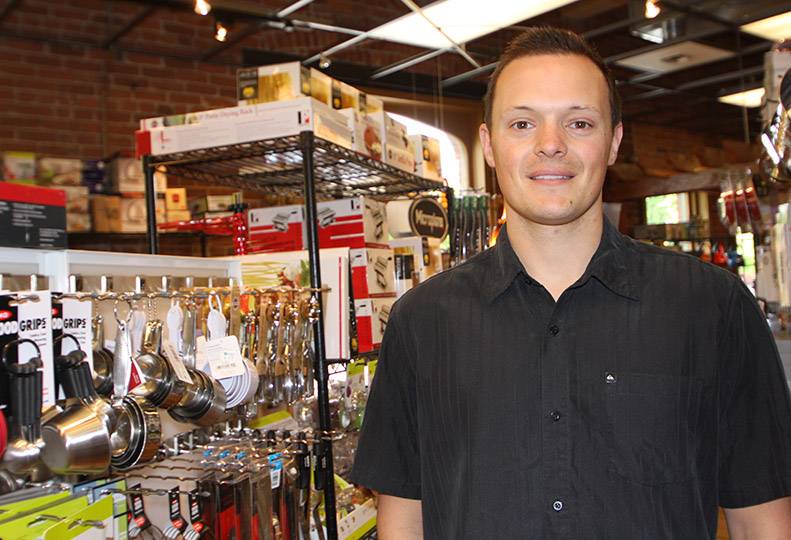 -—Staff photo by Jessica Valencia
Eric Frickle, co-owner of The Kitchen Engine, says the North Side store's sales are up about 10 percent so far this year compared with the year-earlier period.

Retail sales here are showing signs of recovery so far this year, with many seeing sales continue to climb after solid end-of-year figures for 2012, Spokane retailers and market experts say.

Bryn West, general manager for River Park Square, says retail sales associated with the downtown mall are up, albeit modestly.

The mall, which has 54 retailers throughout its complex at 808 W. Main downtown, added several new stores this spring, including national beauty products retailer Sephora, and is currently in discussions with two other retailers that would open this year if a deal is made, West says. She declined to disclose details about those businesses.

West anticipates River Park Square will finish the year up from 2012, but the mall likely won't see the same growth it did last year.

"2012 was a great year; it was up almost double digits. I don't think (this year) is as strong as 2012, but we'll definitely see an increase," West says. "To grow from where we were last year is really a big leap."

The city of Spokane, which uses sales tax revenue to fund part of its annual budget, is seeing more revenue generated from sales tax than it anticipated.

Brian Coddington, spokesman for the city, says sales tax revenue was up 6.5 percent for the first quarter of this year compared with the same period in 2012. He says the city collected $8.2 million in sales tax for the latest quarter, 8 percent higher than the $7.6 million budget estimate for the quarter. Sales tax revenue accounts for about 18 percent of the total general fund budget this year.

Although sales-tax revenue is up, Coddington says the city is seeing some revenue streams underperform, such as from its utility tax. On the whole, the city remains on budget so far this year, he says.

The Kitchen Engine, a housewares and cooking supply store located in the Flower Mill retail complex at 621 W. Mallon, is among the businesses here seeing sales growth this year, say business owners Nicole and Eric Frickle. The couple has operated the household goods store at the Flower Mill for seven years.

"We've seen growth every year, and this year seems to be no different," Nicole Frickle says.

Eric Frickle estimates the store's revenues are up about 10 percent so far this year, and says with holiday sales piggybacking off the tourist season between May and September, he predicts the store will be up this year compared with 2012.

"For us, that has historically been good news," he says.

Mark Barnes, owner of National Furniture Store Inc., has seen businesses in the furniture industry come and go over the years, and after weathering a lull, he began noticing sales pick up last year.

"That hose in furniture has been kinked for a long time, and we've been surviving on replacement sales," Barnes says, adding much of the bread and butter for the furniture industry lies in the new home market, or with families that move.

The company, located on the corner of Sharp Avenue and Division Street at 1230 N. Division, started in 1960.

While the furniture store saw single-digit increases in the fourth quarter last year, Barnes says it posted a 25 percent increase in sales for January this year, compared with January 2012.

"My gut feeling is that it is better, and that consumer confidence is turning now," Barnes says.

Although overall first quarter revenue figures weren't available by press time, Barnes says sales are up, although the store now is in the middle of the slow season for furniture sales. Typically sales begin to increase after the summer, when schools and universities get back in session, and families return from vacations, he says.

Nationally, back-to-school and back-to-college spending was the second biggest boon for retailers last year with $83.8 billion in sales, says the National Retail Federation located in Washington D.C. Holiday spending, which accounted for $579.8 billion of consumer spending in 2012, was the biggest driver of sales.

Paul Fish, president and founder of Mountain Gear Inc., a Spokane Valley-based sporting equipment retailer, says sales at his company have been up so far this year. Located at 6021 E. Mansfield, the business, which is celebrating its 30th anniversary this year, expects to finish the year strong, Fish says.

Industrywide, he says he projects retailers will see conservative gains this year.

"I think the government has much to do with that in instilling consumer confidence," Fish says.

Although retailers here are seeing sales increase, nationally more than half (54 percent) of consumers surveyed in a study conducted by the National Retail Federation said they're spending less due to the economy. Sixteen percent of respondents said the state of the U.S. economy isn't affecting their household spending, a slight increase compared with March and April.

Approximately a quarter of surveyed consumers said they're cutting back on "small luxuries" such as high-end cosmetics or going to coffee shops.