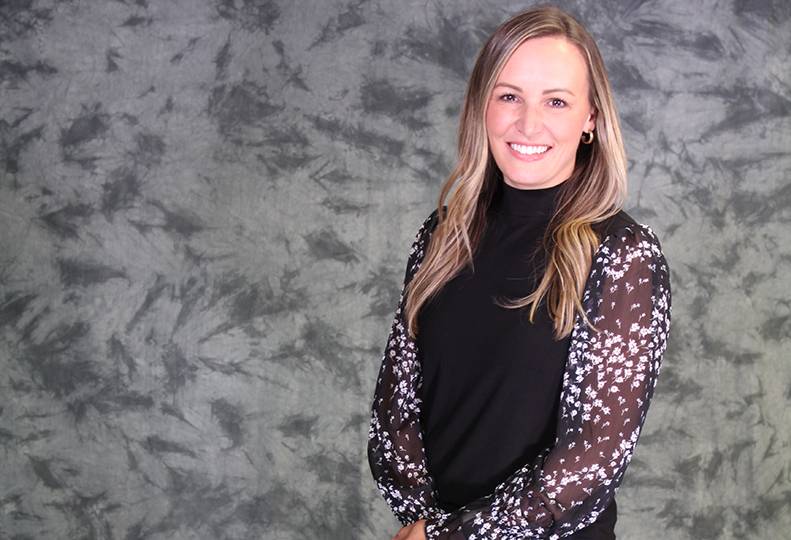 Amanda Landreth, director of lending administration at STCU, says her drive to succeed has helped push her through the busiest year of her life.

“I just want to get the next step done so I can be proud of what I’ve done and show my kids that you can do more than just what you think the bare minimum is,” Landreth says.

Landreth, 38, is the president-elect of Executive Women International’s Spokane chapter. The mother of two recently graduated from the Whitworth University Leadership Institute and is set to graduate from Whitworth’s MBA program in November. Landreth’s desire to advance her career has led to numerous connections and experiences in the Spokane community.

“It’s hard to turn down opportunities as they arise for certain things,” Landreth says.

After earning her bachelor’s degree at Eastern Washington University in 2007, Landreth’s career in the financial industry began at Sterling Savings Bank, in Spokane. She eventually landed at Spokane-based Washington Trust Bank, where she was nominated for the executive development program through the Washington Bankers Association, which she graduated from in 2018.

“I think it really opened my eyes to more than I was ready for and used to,” Landreth says. “I was just in the operations on the loan side for a long time, but that really stepped me … into the next level of wanting to be in leadership.”

After about seven years at Washington Trust Bank as an assistant vice president, Landreth was hired as the director of lending administration at STCU in June.

Landreth has been a member of EWI Spokane, an organization focused on careers, connections, and philanthropy, for almost five years. She has served on the chapter’s board for two years and will step into her role as president next year.

Landreth says she plans to grow membership for the group, raise money for scholarships and other philanthropic ventures, and continue to advocate for more women in leadership roles.

In the last few years, she has observed a shift toward more women advancing to executive roles. “But when I first started out, it was definitely not that way,” says Landreth. “It’s exciting to kind of see that happen.”

Aside from her own aspirations to move up to STCU’s executive team someday, Landreth says her advocacy for women in leadership positions is also motivated by her 11-year-old daughter.

“I think for me, it’s mostly my own experience, and then also for my daughter, just being able to help guide her and be an example,” Landreth says.

Landreth took advantage of having a little extra time to spare during the COVID-19 pandemic and decided to attend Whitworth’s MBA program. This year, she was awarded the Whitworth Alumni Society scholarship and graduated from the inaugural class of the Whitworth Leadership Institute.

Brooke Baker Spink, chief development officer at Baker Construction & Development Inc. and Landreth’s classmate at the leadership institute, says that Landreth has a humble and quiet confidence about her.

“Amanda is not the loudest voice in the room. Rather, when she speaks, everyone listens,” says Baker Spink, who was a Rising Star in 2018. “She’s just extremely creative and thoughtful, with a wicked business acumen.”

Landreth credits her husband, Nevan Landreth, who runs their family farm in Reardan, Washington, for pushing her to grow in her career. She also developed a new mindset to help her get to where she is today.

“A few years ago, I made the decision to just start saying ‘yes’ to things rather than putting up my own roadblocks,” she says. “Because I feel like I was the one always making excuses for myself.”

Research Coordinator Dylan Harris has worked at the Journal since 2021. Dylan, who was born and raised in Spokane, enjoys watching sports, cooking, and spending time with his family.