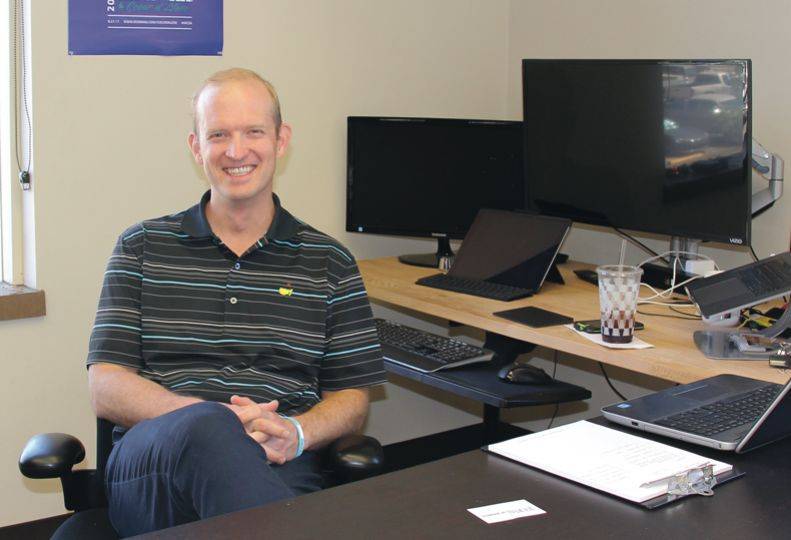 -—Virginia Thomas
Rex Anderson, owner and principal of Fusion Architecture PLLC, is working on a number of projects, including the Ponderosa Village retail-and-office complex in Spokane Valley. 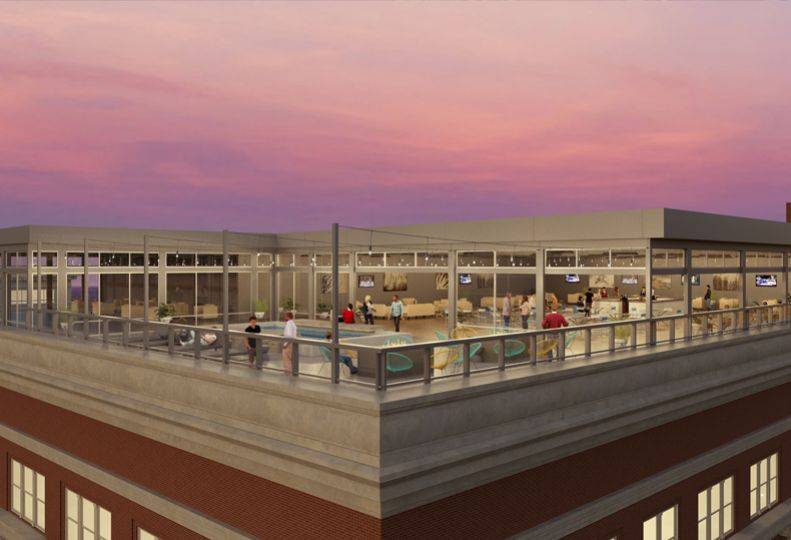 Rex Anderson, owner and principal of Fusion Architecture PLLC, says the name of his firm has everything to do with his approach to architectural design.

“My skill set really does blend a beginning-to-end type of oversight for projects,” Anderson says.

Anderson founded the firm in July 2013 with the goal of fusing his knowledge of design with his desire to work with clients, contractors, and subcontractors throughout the design and construction processes.

“If you go to a larger firm, up front you’ll work with pretty important people, but you’ll get passed down the line,” he says. “From a client-service standpoint, I try to stay on from beginning to end.”

Anderson began working at Seattle-based architecture firm Mithun Inc. shortly after graduating from the University of Idaho with a master’s degree in architecture. He says the work he did at Mithun inspired him to use materials such as wood, steel, and concrete.

Anderson grew up in Coeur d’Alene. He returned to the area in 2009 to work for Coeur d’Alene-based RnD Architects as a project manager before joining ALSC Architects in 2011. He says his decision to start Fusion five years ago was rooted in his desire to spend more time with his family.

“I had two small children at home and just needed more flexibility with the schedule, and I felt like everything going into running a business I could handle,” Anderson says. “The timing was perfect, just crawling out of the recession. Projects have kind of ramped up progressively ever since 2013.”

Fusion Architecture has two employees, Anderson says, and is based out of the 252-square-foot office he sublets from GLR Engineering in the Hutton Building, at 9 S. Washington downtown.

Anderson says he focuses primarily on custom residential and small commercial projects. He’s currently involved in the multi-building Ponderosa Village retail center, which will surround the Barney’s Harvest Foods grocery store in south Spokane Valley. Anderson says he’s been impressed with the attitude of Ken Tuntland, his brother Jon Tuntland, and son Mike Tuntland, the developers of the complex and owners of the grocery store.

“They’re these awesome people that care so much about the community, and they have this attitude that we take care of those that support us. And it’s just like, wow, how can I help? What can I do? How can I be a part of this?”

Anderson also is working on a 24-unit apartment building to be constructed behind Barney’s Harvest Foods, to the east of the grocery store. While the project doesn’t yet have an official name, he says construction is scheduled to begin “any day now.”

Another project Anderson says he’s excited about is the remodel of the Old City Hall, which was bought by Spokane investment company Wall Street LLC earlier this year.

“The owners have a great vision for what they want the building to become—the location, being on the park, and to kind of take advantage of the views, the rooftop potential—but also to kind of come in and take care of a building that’s fallen out of repair,” he says.

Anderson says the new owners have clear ideas of what they ultimately want the building to look like.

“The clients that can kind of visualize what the end result can be, the Pinterest and image-driven clients that say ‘I love this, how do we make that work here?’ is the easiest client to work with, because you feel like you’ve built up in your career this tool bag of tricks and aesthetic,” he says. “There’s logistical stuff that you have to work out down the road, like … any kind of structural rehabilitation that you need to do to the building. As far as creating the eye candy and the design, that’s the easy part.”

Anderson says he has no shortage of projects, especially as the economy and housing market continue to do well.

“Right now, it’s such a busy time, not only seasonally,” he says. “The economy is just booming. There can be 12 projects going on at one time. They’re all at various stages.”

While architecture firms are busy, finding good employees can be challenging, Anderson says.

“Posting jobs online doesn’t seem to work anymore, for me anyway. I have to find creative ways in order to (hire),” Anderson says. “Most recently, I reached out to the universities directly, locally, to find out ‘OK, who do you have coming out? How can I interview one or two? Who’s interested?’”

Anderson says the lack of skilled construction workers to build projects has been “excruciating” as that industry struggles to catch up with demand.

“It seems like all the really skilled craftsmen and the skilled tradesmen have left, they left in 2008 and 2009 to do something else,” he says. “As the economy’s come back, the tradesmen have not returned. It’s made the resources very limited, which has had its effect on wage and schedule and cost of project. It’s really been a systemic problem for the profession.”

“It just seems like the strength that they’re able to get out of the engineered lumber—specifically the CLT, which can measure up to steel or gets closer to steel, (and) has become more expensive lately— it makes all the sense in the world economically,” Anderson says. “It’s a different angle at the problem. How do we cut construction time? How do we make the design team more nimble? How do we prefab not only elements but whole rooms to bring them in and handle it that way? I’m definitely interested in what they’re doing.”