Coming off strong years, some firms expected slowdown before pandemic 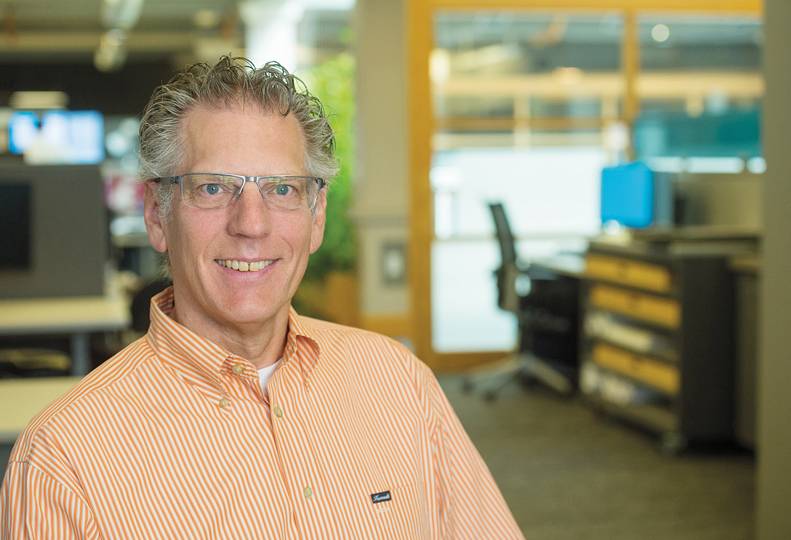 Some architects here say they’re beginning to see a slowdown in a few design sectors, with some projects in the pipeline put on hold indefinitely due to the pandemic-induced economic slowdown.

Jeff Warner, principal with Spokane-based ALSC Architects PS, says he expects the rest of 2020 will be somewhat quieter than a normal year.

Warner says some sectors already have been impacted.

“There’s not a lot of school work right now. That’s always been a big mainstay for us,” Warner says. “Some of the colleges … are taking a step back and looking to see what their budgets are going to be like.”

Chuck Horgan, associate principal with the Spokane office of Bernardo|Wills Architects PC, says he remains optimistic about the rest of 2020.

“We have a fairly broad mix of projects, and that serves us pretty well in times like these,” Horgan says.

Horgan says the year began with a higher proportion of private sector to public projects, but that has since reversed.

“Some of our private clients are being a little more cautious and pulling back and having trouble getting funding from banks,” Horgan says.

Multifamily housing is one sector bucking that trend, he says.

“That’s one thing there’s still a big demand for, so those projects are moving ahead. They haven’t really slowed down at all,” he says.

“It was being paid for by the state, and since that part of the freeway got put on hold, our project got put on hold,” Horgan says. “It’ll still move ahead; it just depends on when they decide to put that funding back into the freeway.”

“Some of our health care clients have basically put a hold on everything until they get a handle on how the COVID-19 pandemic is affecting their business overall and how they’re moving forward,” Kurtz says.

However, Kurtz claims billings and revenue companywide have remained steady, partly due to work NAC’s offices in other markets are handling.

“Our Spokane market isn’t quite as busy, so we have several of our staff people working on projects in either Seattle or LA,” Kurtz says.

Kurtz says he had expected a “record-breaking” year, based on the workload heading into 2020.

Horgan says he, too, was prepared for a busy year.

“Last year was a particularly good year, and this year was looking like it was going to be similar, if not even stronger,” Horgan says. “It’s still a positive year. It’s just not quite as strong as we were forecasting it to be.”

Warner, however, says he predicted a slower year, even before the COVID-19 pandemic became apparent.

“We could see the writing on the wall last December,” Warner says. “We had come off of a few years where you had almost a full backlog of work before the year even started. We could tell as we were closing out 2019 that 2020 was not going to be the same, just by the amount of work we already had under contract.”

It’s a pattern he’s seen before.

“You know when you have a good year, you’re going to have a slow year coming soon,” Warner says.

Kurtz says new projects to pursue are still materializing, though at a slower rate.

“We don’t have a ton of current pursuits, but there seem to be new projects coming out and being available pretty consistently,” he says. “Our concern is long term, how the economy affects construction projects in the future.”

Warner says he expects a ripple effect in the construction industry as fewer projects emerge.

“If you have (a project) you need to do, moving ahead would probably be a smart thing to do, just because contractors are going to be a little hungrier than they have been the last few years—just like architects are,” Warner says. “There may be some good pricing for construction coming up, so it’s a good time to move ahead if you’ve got a project in mind.”