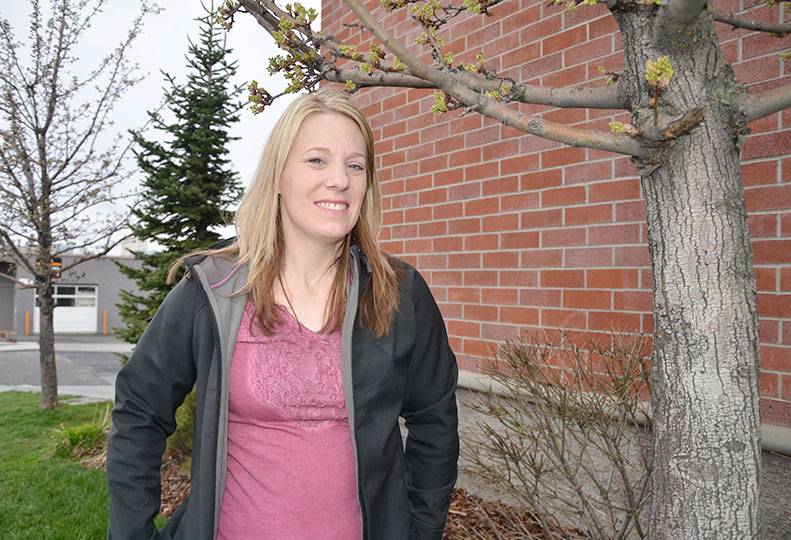 Organizers of Spokane-based PRIDE Prep School of Technology and Science, the first charter school approved in Washington state, are laying the groundwork now to open in the fall of 2015.

Eventually, McDonald says, the school expects to serve between 500 and 600 students in grades six through 12, with a focus on science, technology, engineering, and mathematics, as well as a strong community and business component.

Although there is no formal application process in place, McDonald is talking with potential students and parents.

“I am meeting with parents who are expressing an interest in the school,” she says.

The charter school, which is positioning itself as a college preparatory school, plans to require almost twice as much science as traditional schools, plus extra math, and it will add another 10 days to the school calendar as well as two extra hours to the day compared with traditional schools, McDonald says. The additional time spent in school will add nearly an extra quarter per year or, over the span of seven years, another year and three quarters of school.

She says the school plans to incorporate personalized and online learning, as well as to offer strong mentoring and internship experiences for students.

One of the other requirements, as envisioned, will involve taking seven years of a foreign language. Students will be required to maintain a “C” average or better in all of their classes.

McDonald, who has worked in the public school system for the past 20 years, the last eight of them as principal of Garry Middle School on Spokane’s North Side, says she is excited about the opportunity but also keenly aware of how little time there is between now and fall 2015.

“I’m a fundraiser right now. I have to make sure we have the capital to open an amazing school,” she says. “I’m doing the primary work in fiscal management structures, operations management, finding a location, and everything else that needs to be in place before hiring for the new school.”

PRIDE Prep is estimating startup costs will be $500,000 before the school opens and an additional $200,000 for year one and $150,000 in year two. The school will receive local levy funding of $2,204 per student from Spokane Public Schools in its first year, which is based off of total approved levy funding of $73.5 million divided by the total district enrollment of 33,340, in addition to typical state and federal sources of revenue. That revenue will be distributed starting in September 2015 and will be paid on a monthly basis with the final 20 percent of the funding arriving after the end of the fiscal year.

Startup staffing expenses include annual salaries for the school leader at $110,000, an operations director at $45,000, a community engagement specialist at $17,000, and six months of an administrative assistant for $12,000. The plan is to have about 10 employees in place when the school opens.

The school will buy initial technology during the startup period at $400 per enrolled student for $48,000 in year one. Curriculum consultants are budgeted at a total of $30,000 to develop the school curriculum, with additional costs for student and staff recruitment, and staff development.

McDonald says there are still a lot of misconceptions among the general public about what charter schools are.

“People don’t understand that a charter school is not a private school. There is no tuition. There are no special criteria to get in. We will be open to all students,” she says.  “We are a free, public school, independent from a traditional public school district.”

Charter schools receive taxpayer funding, may use innovative teaching methods, and are accountable to their own boards, she adds.

“We are a college prep school, though, and we consider ourselves on that same track,” McDonald says. “The kids at PRIDE Prep will take all the same state exams as traditional schools, we’re accountable to the state, and we have the same graduation requirements. We want our students to have high graduation rates and a high acceptance rate to four-year colleges.”

If the number of students who apply outnumber available seats, a random lottery drawing will be held to determine who gets in.

Spokane Public Schools was the first district in the state to apply to be an authorizer, which gives districts the ability to allow the independent schools to form and operate within their boundaries. Only school districts approved by the Washington Board of Education and the state-appointed Washington Charter Commission can authorize independent charter schools.

Spokane Public Schools sought to have a collaborative partnership with charter schools from the beginning, says Jeannette Vaughn, director of innovative programs/charter schools for the district.

“As an authorizer, we have oversight over charter schools,” Vaughn says. “That includes an annual, formal visit to go over their financials, educational goals, operational items, and make sure they comply with things like building codes, student safety requirements, and such. We’re committed to working collaboratively with them and sharing resources.”

Charter schools will pay about 4 percent from their budgets to the school districts for the oversight.

Vaughn says charter schools could conceivably rent space to such schools “for cost,” or purchase other services from the district.

“We will be learning from them and they will be learning from us,” she says. “We’ll work together. It’s not an adversarial relationship, which it has been for some other school districts who aren’t authorizers. We have a common enrollment process so that gives parents more options under our portfolio and they will have options to apply for all schools … a sort of one-stop shopping.”

“We are partnering with District 81, not competing with them,” she says. “SPS will have a portfolio of options for parents and kids to choose from, not just the traditional model. With different types of options, parents can choose the best fit for their children.”

Vaughn says state education funds go directly to charter schools without going through the district as with traditional schools.

McDonald says since PRIDE Prep will have partnerships with local colleges and universities, and her preference is to locate near a local college, possibly near downtown Spokane.

“We have to do that,” McDonald says, noting that she isn’t seriously considering any potential sites at this point. Vaughn says, however, the district does have to approve the building that the school decides it wants to occupy.

McDonald says her research shows that amoung those who start college, less than 15 percent of kids in poverty—measured by those who in the free-and reduced-lunch program—will earn a degree.

“One of our goals is to change that,” she says. “One way to go about doing that is to create better transitioning to college and hopefully (students) will earn some college credits before college. We think it will dramatically change (those numbers), especially for at-risk students.”

Graduating from college is only one piece of the puzzle, she adds.

“We want students to figure out where their passion and interests are and provide the right educational path for them,” McDonald says.

Although Washington state schools have no imperative that includes internships or working in the community, PRIDE Prep will build that component into the school calendar.

“We will actually have them take an entire week at the end of the quarter where they do only internships and the community work piece and/or job shadowing and they won’t attend traditional classes,” McDonald adds.

In addition to certified teachers, McDonald says, the school will have some instructional support staff who are professionals in the community.

“We’re looking at partnerships with business programs … if businesses are involved, we can all better  understand how to prepare our kids, and we’re looking to build those partnerships,” she says.

“At this stage in my career, I don’t feel compelled to reinvent the wheel,” she says. “There are advantages to coming later to a movement. We are the 42nd state in the country to have charter schools. Lots of people have shown us how to do it well.”

Ultimately, McDonald believes Spokane will rally around a high-quality program for kids.

“Spokane has high quality schools and I’ve led and taught in those schools,” she says. “We want to give kids and their parents more choice in how their children are educated.”