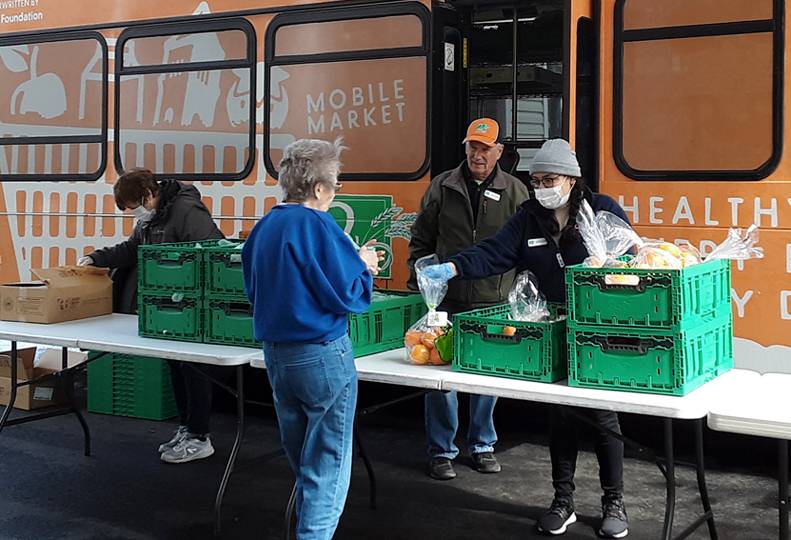 Despite efforts nationwide to encourage people to donate their federal stimulus checks to nonprofits, Spokane-area organizations have largely avoided such campaigns.

Instead, they’re focusing their efforts on moving their fundraising campaigns online and maintaining their services.

Organizations like Pledge My Check, which inspired over $130,000 in donations, and New York-based Resource Generation’s #ShareMyCheck campaign sprang up in mid-April. The movements ask financially stable community members who are still working during the pandemic to either donate or redistribute their stimulus checks to worthy causes.

Such efforts largely seem to have failed to gain traction in Eastern Washington so far, with Pledge My Check’s pledge map showing no partakers in Washington and the #ShareMyCheck social media presence appearing largely in the western half of the state.

That isn’t to say people in Spokane County haven’t donated their stimulus checks. Mariah McConnaughey, philanthropy manager with Spokane Neighborhood Action Programs, says while she doesn’t have exact numbers, donors have reached out with the specific intent of donating their stimulus funds.

“We’ve had some individual donors respond and say specifically that they received this check, or they know it’s coming, and they don’t necessarily feel like they need it,” she says.

SNAP also has seen increased corporate donations with fewer spending restrictions on programs the money can be allocated to, McConnaughey says. She adds she’s uncertain why corporate donations have increased, positing that corporate entities may have received new funding or reallocated portions of their budget to donations.

SNAP had a budget of $24.9 million for the 2018-2019 fiscal year, and about 2.3% of its funding comes from individuals, and 27.4% from corporations, according to the Journal’s Largest Social-Service Nonprofits list.

Unemployment numbers are continuing to grow during the coronavirus pandemic, and many Americans are relying on government aid to pay for rent, food, or other necessary expenses. People making $75,000 or less and couples making $150,000 or less received $1,200 per person from the federal government, plus an additional $500 for each dependent child.

Drew Meuer, chief of staff at Spokane-based regional food bank Second Harvest Inland Northwest, says, “Early in the crisis, we had dips in food donations and then disruptions to our partner agency network operating model overall, … We know from publicly available data through the (Washington state Department of Agriculture) that there’s been a doubling of those people seeking food assistance as a result of the pandemic.”

Meuer says Second Harvest hasn’t launched any fundraising campaigns asking donors to give their stimulus funds to the nonprofit, but has seen dozens of acts of generosity in which donors have either given the funds to Second Harvest or have purchased food for it.

“There’s been a lot of spontaneous acts of generosity using those stimulus dollars that I have heard of. I’m definitely aware of it as a vehicle people are using to give,” he says.

Meantime, Second Harvest has seen record numbers of people seeking assistance at its distribution centers, Meuer says. Typically, the organization distributes 500,000 pounds of food a week. In the last week of April, it distributed 1.2 million pounds of food, he says.

“The community has been tremendously generous,” he says. “I think COVID-19 introduced a crisis within a crisis for those already struggling with food insecurity and hunger -- folks who were potentially vulnerable already. We saw really quickly once the governor’s Stay Home, Stay Safe orders were announced just a rapid uptick in need.”

Meuer adds that the organization has zeroed out any fundraising revenue expectations for 2020.

“The thing that is really challenging is this crisis has upended our traditional model for the way that we meet the needs of food insecure people across the region, but also our fundraising,” he says.  Meuer adds that most fundraising events involve large groups of people, which are currently prohibited.

Stephen Tammaro, CEO of the YMCA of the Inland Northwest, says the nonprofit hasn’t made any marketing efforts to encourage individuals to donate their stimulus checks, and instead has made appeals to members who are able to donate their membership dues to do so.

“While we’re not using the facilities, there’s a number of members who are choosing to donate their member dues, so we’ve made that specific appeal,” he says.

“We’re right in the middle of our annual campaign,” he adds. The organization has a fundraising goal of $555,000.

Generally, the organization has face-to-face meetings with members and community representatives about donating, which is currently difficult to accomplish with social distancing measures, he says.

“Right now, we’re just trying to navigate how we raise money virtually as opposed to when we have people in front of us,” he says.

Currently, the nonprofit is using social media to reach members by posting video messages, not only about fundraising but also to keep members and donors appraised of what’s happening with the organization, Tammaro says.

The 136-year-old nonprofit is looking at a bottom-line loss of about $2.1 million this year, Tammaro says. The YMCA has made budget adjustments and laid off over 500 employees in Spokane County in mid-April, when the Stay Home, Stay Healthy mandate closed the doors at its five facilities.

“This is in some respects the perfect storm,” he contends. “There’s a number of great not-for-profits in this community and we’re all going out trying to raise money.”