The need for LEED 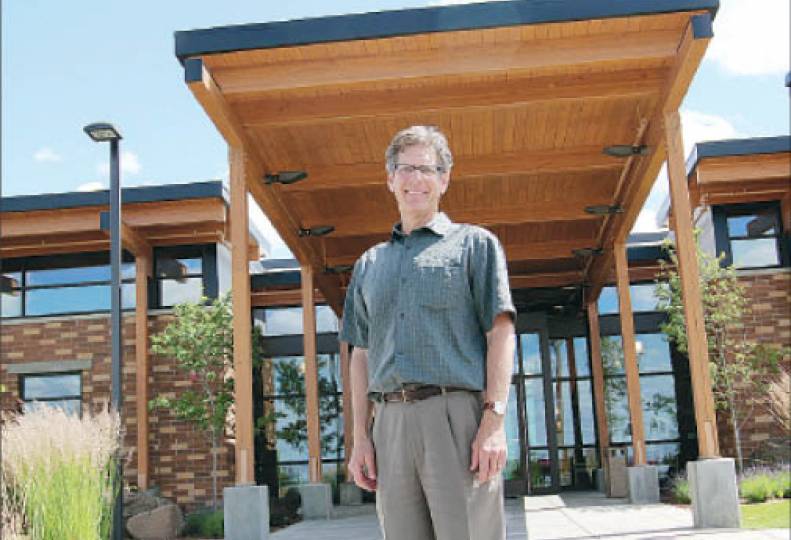 Professionals in the Inland Northwest architecture and engineering fields say industry awareness of the national Leadership in Engineering and Environmental Design certification program has grown significantly in the last several years and that they expect it to continue to do so as green building practices advance.

Those professionals say staying current on the latest green building standards is crucial to maintaining a competitive edge as more building owners seek to obtain LEED certification for the design and operation of an energy-efficient structure.

"To show you have credentials with LEED anymore these days is a baseline standard; it's expected," says Jennifer Van Vleet, a spokeswoman for the Spokane office of Seattle-based Coffman Engineers Inc. "You should have a member of your staff LEED accredited, and most firms in the market should have a few projects under their belt," she adds.

Van Vleet says that Coffman currently is in the process of applying for LEED certification for a number of projects it's been involved in throughout the Northwest, including the recently completed Vancouver Armed Forces Reserve Center near Vancouver, Wash., which is seeking LEED gold certification.

Alli Kingfisher, a Spokane-based green building and sustainability specialist for the Washington state Department of Ecology, says she's seen steady growth in the number of individual professionals in the architecture and engineering industries who've become accredited in the LEED certification process and standards.

The LEED green building certification system is overseen by U.S. Green Building Council, which also offers a professional credential program for people who want to stay current on the latest changes and additions to the LEED process.

Kingfisher says she recently has come across professionals here in fields not related to building and design, including attorneys, who have become LEED accredited and are aware of the extensive application process required to obtain such certification for a sustainably-designed project.

"That has been a surprise; the extent to which it's spreading and the number of industries becoming interested in LEED," she says. "I would say people know a lot more about what LEED is than they did five years ago. The growth has been quite striking."

LEED is a point-based certification program overseen by the Green Building Council that rates projects based on a structure's characteristics and the building methods employed during construction. To be considered for certification, a project must meet certain standards for energy efficiency and sustainability of materials, among a number of other criteria.

There are seven categories in which a project seeking LEED certification is rated: sustainability of site, water efficiency, energy and atmosphere, materials and resources, indoor environmental quality, innovation in design, and building locale's conditions.

The number of points awarded by the Green Building Council for each category determines the project's overall level of certification—certified, silver, gold, or platinum.

Jeff Warner, a principal with Spokane-based ALSC Architects PS, says 10 of the firm's 24 licensed architects are LEED accredited, including him.

Warner says the firm encourages its architects to become LEED accredited, but it doesn't require them to get accreditation or have a firm quota for how many must have that endorsement. He says ALSC mostly seeks to have an adequate number of its employees in the LEED rating system to be able to design the projects it's involved in that will apply for certification.

Warner says the process to obtain LEED certification for a building is extensive in terms of the documentation that's required from the project's architect, engineer, general contractor, and subcontractors to prove that the building meets the various requirements.

The cost to a project owner who desires to obtain LEED certification for a building also is substantial, he says. Documentation costs can range between $30,000 and $70,000 in addition to the architect's standard design fees, depending on the size of the building and what LEED credits are being sought. He adds that for many projects that extensive documentation process also requires additional outside consultant work.

In the last several years, ALSC has designed a number of prominent buildings in the Inland Northwest that have received LEED certification, including Inland Power & Light Co.'s West Plains headquarters, which is certified as LEED gold, and the Central and North Spokane YMCA/YWCA buildings, which both received LEED silver certification.

Warner says the firm currently is working on five large-scale projects that will be designed to achieve LEED certification, one of which is Eastern Washington University's planned new residence hall that's estimated to cost about $25 million to construct.

Nine other buildings in the Inland Northwest that now are under construction and were designed by ALSC also will seek LEED certification, Warner says.

He says that many of ALSC's LEED jobs include state-funded school construction projects across Washington, and that a state law requires that those buildings meet the LEED silver standards.

Coffman Engineers also has seen growth in the area of green building practices and the demand for LEED certification during the last several years, Van Vleet says.

At its downtown Spokane office, 14 of Coffman's 34 engineers are LEED accredited, she says.

She adds that it's important for Coffman's engineers to have a background in the LEED process and to understand the requirements that need to be met to achieve a certain LEED certification level, because the firm's clients now expect that.

NAC|Architecture Inc., of Spokane, recently was ranked No. 42 on an annual list of the top 100 green design firms in the U.S. that's published by Engineering News-Record, a construction-industry specialty publication.

The ranking is based on the overall percentage of the firms' revenue that in 2010 was generated by projects accredited by a third party as meeting sustainable requirements, including LEED, says a recent press release from NAC.

Marty Orchard, a Spokane-based spokesman for NAC, says sustainably-certified projects designed by its office here make up 80 percent of its overall revenue. He says that 24 of NAC's employees here are individually LEED accredited. That number is about half of the total employees on the firm's design team, he adds.

Individual architects or engineers seeking to obtain LEED accreditation from the Green Building Council can take a test that covers how projects are rated for each of the seven categories, among other green-building practices.

The cost to take a LEED accreditation test ranges from $150 to $450, depending on the type of test taken and whether or not the test taker is a member of the Green Building Council.

The council also offers specialty tests in various areas of design in addition to a general LEED professional accreditation. Those specialty tests include areas such as building design and construction, interior design and construction, operations and maintenance, neighborhood development, and homes. A LEED Fellow credential also can be obtained by nomination if certain other criteria are met.

Warner says ALSC pays for its employees to take the LEED accreditation test, along with other continuing-education endeavors that apply to the design industry.

A number of professionals here in the design and building fields who want to stay up to date on LEED standards and the certification process are members of Cascadia, the Spokane-based Inland Empire branch of the Pacific Northwest chapter of the Green Building Council, Warner says.

User groups within the branch that are focused on LEED-related topics meet nine times a year. At those meetings, they discuss a specific LEED credit or green-building topic, she says. For example, she says that at a past meeting, Cascadia invited a landscape architect to present on the LEED topic of water efficiency, looking at options for low- to zero-water-use landscape designs that would be appropriate for the Inland Northwest climate.

Landis, who's LEED accredited in the area of building design and construction and currently is in the process of applying for her architecture license, says Cascadia's membership roster includes a wide variety of professionals in the building and design industry.

"Our goal is to educate and inform, and to provide a venue for people interested in sustainability at a minimal to no cost," she says.

Landis says she became LEED accredited about five years ago, and since then the testing process significantly has changed to meet the evolving standards in green building and design practices.

She adds that Cascadia offers support to professionals here who plan on seeking a LEED professional credential, and the branch is looking into offering study groups for those who are preparing to take a LEED accreditation test.