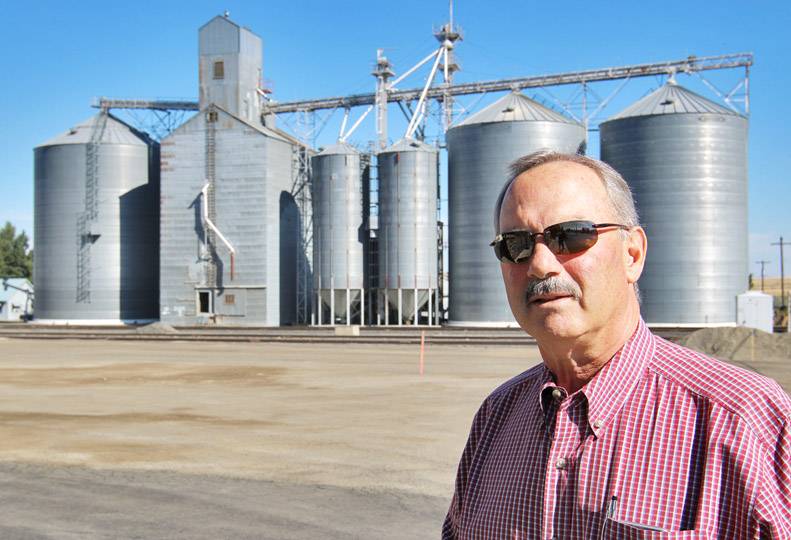 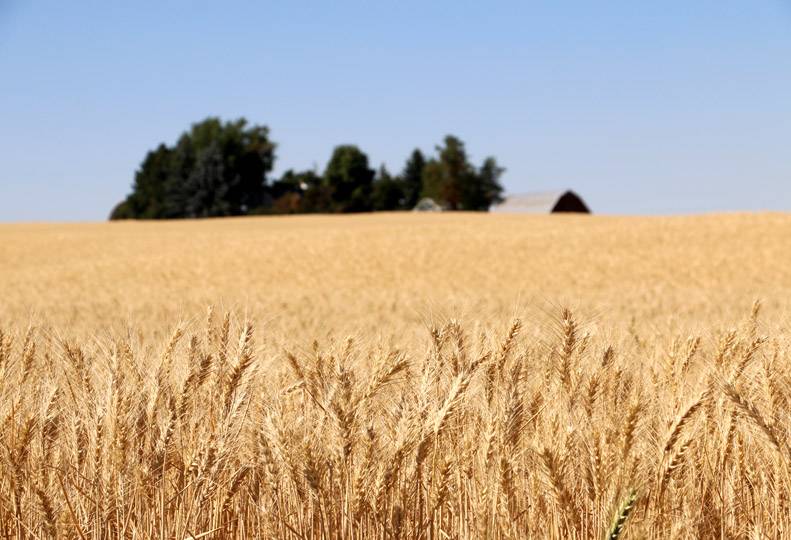 The state’s wheat harvest for 2017 is all but over, and industry observers say in general, this year’s crop was high in quality with favorable yields.

Despite that, however, with the price of wheat barely over $5 per bushel, many farmers will operate this year at a loss.

“There was a lot of variation this year in what we saw,” says Bailey. “When you started moving farther south into Harrington and Odessa, we were seeing yields of 40 to 45 bushels (per acre).”

“There were fields well above average, average, and slightly below average,” Bailey says.

Ag Ventures NW is a partnership between Reardan Grain Growers Inc. and the Odessa Union Warehouse Cooperative. Ag Ventures oversees the collection of grain from farmers at grain elevators in Reardan.

The current price of soft white wheat—the predominant variety grown in Eastern Washington—is $5.05 per bushel, says Glen Squires, CEO of the Spokane-based Washington Grain Commission. Just five years ago, the price of wheat was just above $8 per bushel, he says.

Squires says $6 per bushel is often the break-even point for farmers.

“They certainly aren’t making what they were when the price was at $7 or $8 a few years ago. Right now, the world’s supply of wheat is more than a billion metric tons, which is an all-time record,” Squires. “That high supply makes for a low price.”

In a report released on Aug. 14, the U.S. Department of Agriculture says, “Russia is expected to extend considerably its all-time production record of the last year, thereby generating a shift in both global wheat production and trade shares.”

Says Bailey of Ag Ventures, “The rest of the world is filling in where we (the U.S.) used to market grain.”

Meanwhile, the USDA projects U.S. wheat production this year to be the smallest wheat harvest since 1973. However, it says a favorable crop among the Pacific Northwest states helped pick up the slack for the rest of the country.

“Ongoing drought conditions in Montana, North Dakota, and South Dakota continue to plague other spring and durum wheat yields, far offsetting yield improvements in areas of the Pacific Northwest,” the USDA says in its report.

Less than 13 percent of all wheat grown in the U.S. is white, and the majority of that is grown in the Pacific Northwest. Hard white wheat is grown primarily in the central part of the U.S.

Both hard and soft white wheat can be used to make confectionary items, such as cookies and pastries. It’s also popular in Asian nations because it can be used to produce spongy noodles.

On its own, soft white wheat isn’t an ingredient in high-quality bread like hard red wheat, which is grown mostly in the central and eastern U.S. However, it can be mixed with red wheats to enhance the texture and taste of baked breads.

Historically, 85 percent to 90 percent of Washington’s wheat has been exported, due largely to the state being located along the West Coast where it’s relatively easy to ship to Asian nations.

Eastern Washington’s climate allows for five of the six classes of wheat to be grown here: soft white, hard red winter, hard red spring, hard white, and durum. The only class of wheat not grown in the state is soft red, which is grown mostly east of the Mississippi River.

Washington wheat growers typically harvest crops in mid to late August. However, higher-than-normal temperatures this summer made it necessary for some to start cutting the wheat as early as July 6 to keep the kernels from shriveling in the heat.

Bailey says most of the wheat in the Reardan area has been harvested, though he expects some spring wheat to be harvested as late as early September.

With the world’s supply of wheat being at an all-time high, Squires says the Washington wheat industry as a whole, including farmers, wheat researchers, inspectors, grain operators, and flour millers, is more intimately aware than ever of the importance of heavily, and effectively, marketing the state’s wheat.

While Asian nations are still the largest importers of Washington wheat—with the Philippines at the top of the list—Squires says the grain commission and its partners have continued to invest heavily in their efforts to woo Central and South American customers.

Last year, however, the Pacific Northwest wheat industry lobbied U.S. Wheat Associates to have the conference in Portland to showcase wheat grown here.

Portland is home to the Wheat Marketing Center, which provides technical training, education, and research for U.S. wheat farmers and customers, both domestic and international.

“We got the opportunity to show them export facilities, barge loading facilities, took them out to an actual wheat field … and discovered most of them (millers and bakers) said they’d never been in a wheat field before,” Squires says.

“It was a great opportunity at trying to get them to recognize the Pacific Northwest as a source for their wheat,” he says.

Only 10 percent of the region’s soft white wheat crop is exported to Latin America, however, 20 years ago, almost no wheat from here was being purchased by Latin American countries, Squires says.

Beyond Latin America, Squires says there’s been an emerging trend, especially among more developed nations, wanting to know just where their food comes from.

As a result, the grains commission has been working with the state’s wheat partners creating online videos ranging from two to five minutes in length to give its global buyers, and potential buyers, a quick snapshot of the process of growing wheat, its delivery, and ultimately the creation of made products.