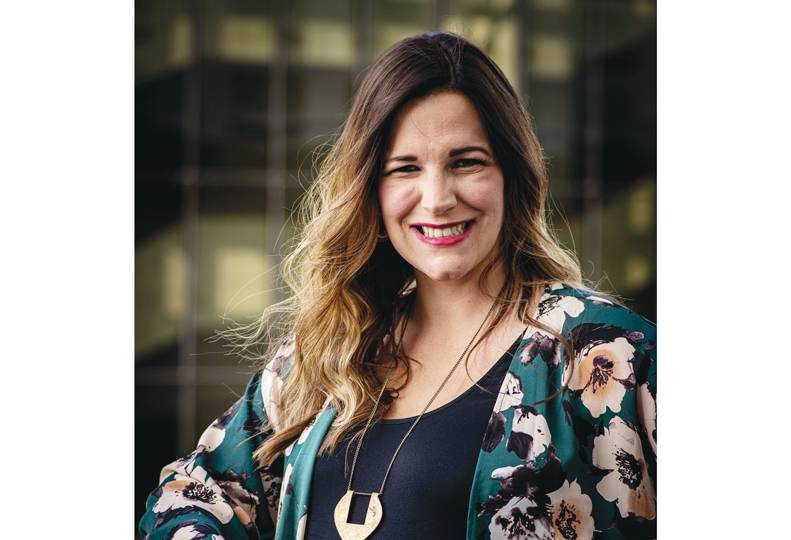 Sinead Voorhees, director of Whitworth University’s graduate studies in business program, characterizes herself as an underdog and a workhorse.

Voorhees, age 34, was born and raised in Ireland, where her family often struggled to make ends meet. Voorhees came to Spokane for the first time to attend Gonzaga University, where she earned a bachelor’s degree in public relations before setting off for Ethiopia through the Peace Corps.

She returned to Spokane for about two years, during which time she was an event manager for Spokane Public Facilities District and met her now-husband Mark, before returning to Ireland to attend Trinity College to earn a master’s degree in international development.

“Like many people, I graduated with a very specific degree, only to realize I didn’t want to do that,” she says. “I knew I wanted to move back to Spokane.”

In 2013, she became Whitworth’s internship coordinator for the graduate studies in business program, a newly-created position at the time.

“We put her in that role, and she created what that was going to look like,” says Tim Wilkinson, dean of the school of business at Whitworth. “That’s where we discovered her ability to be entrepreneurial and really think strategically and get a lot done in a short amount of time.”

Those skills came in handy in July 2017, when she became director of the graduate studies in business program.

Voorhees says that she struggled with imposter syndrome for the first year in her new position.

“I was intimidated by the fact that all of my peers … I looked and sounded and acted like none of them,” she says. “It was a very good exercise for me to really believe in myself and forge ahead.”

What’s kept her at Whitworth, Voorhees says, is the university’s attitude toward self-care and family life.

Instead, Voorhees says, the university has been supportive of her growing family — to the point of nearly forcing the notoriously energetic director to slow down.

“Anything she puts her mind to is probably going to happen,” Riley says.

Whitworth’s graduate studies in business program also has been supportive of her efforts to increase enrollment in the program and to focus on recruiting those who want to remain in Spokane after they earn their degree.

“One of my greatest accomplishments is doubling the size of the MBA (enrollment) in less than three years,” Voorhees says. She says the growth has occurred at a time when nationally, MBAs are closing, and regionally, they’re more stagnant.

When she approached Wilkinson with an unorthodox idea of recruiting candidates from the Spokane area and candidates who might have been passed over by other programs, he gave her the green light.

“I don’t want people who feel like they need to be perfect,” Voorhees says of her recruitment strategy. “I believe in this kind of movement of accepting people where they are and not dismissing them because of any kind of zig-zag in their life.”