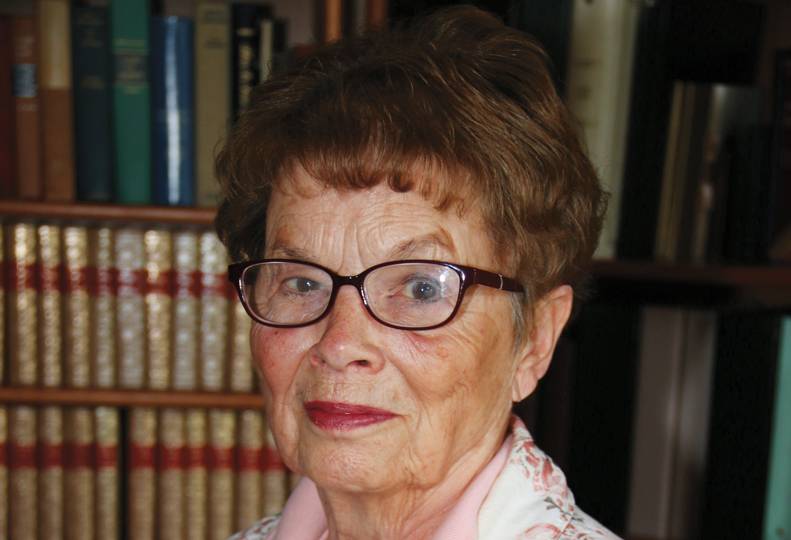 -MIKE MCLEAN
Marilyn Thordarson is known best as the former public relations director at Sacred Heart Medical Center, but has served on a number of boards as well.

Marilyn Thordarson, who was the voice of Sacred Heart Medical Center for nearly a quarter-century, says she firmly believes it’s the hospital’s responsibility to make its story known in the community it serves.

When she was public relations director there, part of that duty meant building strong relationships with news media, she says, adding that the words “no comment” weren’t in her vocabulary.

“Because people trusted us with their health and their lives, we had a responsibility to always be prepared to respond to questions that might come up,” says Thordarson, who worked at the hospital on Spokane’s lower South Hill from 1978 to 2002.

In addition to near daily interaction with news media, Thordarson’s communications duties included editing the hospital’s quarterly Heartbeat magazine that was mailed throughout the community, producing a narrowly targeted medical staff newsletter, and distributing a broader weekly newsletter that went to all employees every Monday.

“I really believed in communication with the staff,” Thordarson says. “That was one of my priorities.”

Although she has an affinity for the written word, she didn’t limit her talents to paper.

“Sacred Heart for many years had a very sophisticated television studio,” she says.

Working with the hospital’s TV specialist Tom Wakely and educational service personnel Betty Harrington and Sister Pam White, she decided to record the history of Sacred Heart on video by interviewing people of influence in health care and medical practice, including physicians, administrators, hospital staff, and patients.

“All those recordings are there, and I think it would be good for (Sacred Heart) to make note of that, because they have historical value.”

When her mentor and former hospital administrator Sister Peter Claver died in 1991, Thordarson, together with members of Sisters of Providence, and hospital CEO Gerald Leahy decided to host an annual event called the Sister Peter Claver Award Dinner to recognize people in the community who emulated her spirit of service.

Clips from interviews with Claver are integrated into new videos for each event.

The last recipient of the award was Dr. Bob Lutz, who was the Spokane County health officer at the time.

She says the members of the Sisters of Providence order that she worked with provided her greatest inspiration.

“Sister Peter Claver was a tremendous influence on my career, my work life, and the way I approached it,” Thordarson says. “She and the other leaders at Sacred Heart had confidence in me to represent them well and allowed me to tell our story.”

The clincher, she says, was when 60 Minutes reporter Mike Wallace came Sacred Heart to do a story.

The original story angle was intended be an unflattering expose that would challenge emergency coronary bypass surgery being performed in Spokane at both Sacred Heart and Deaconess Medical Center.

The procedure was controversial because pioneering surgeons here had been performing bypass surgeries on patients while they were having heart attacks for years before the emergency procedure was accepted by the medical community as a standard of care.

Thordarson and Judy Schlomer, her counterpart at Deaconess, opened up to the 60 Minutes people and connected them to a surgeon who was willing to talk to them.

“He showed them our numbers, our statistics, our successes, and demonstrated that this procedure was working,” she says.

They even invited Wallace, the reporter, to witness an actual bypass surgery.

“They were blown away, and they came back and said there is no story here of the type that they were going after,” Thordarson says. “So they did a very nice warm story on that, and they said to me when they were leaving this was a very rare experience, because normally when they call, (targets of stories) bolt the door and pull down the blinds.”

Thordarson, however, saw her share of circumstances that made for heartbreaking stories.

One of those was the crash of a medical helicopter in August of 1989, in which the patient and a flight crew of three were killed.

Some calls were from international media.

“The (patient) was a fugitive, and he was well known throughout Canada,” she says.

Another story that garnered national attention involved the vitamin E solution E-Ferol, which was administered at Sacred Heart and other hospitals to premature infants in the neonatal intensive care unit in 1984.

The company that made E-Ferol had bypassed the federal regulatory process and misrepresented the product as safe.

“It was so devastating in terms of infants dying,” Thordarson says. “I remember we gathered around the table in the boardroom, and it was one of the few times we had an attorney there to talk about this whole public aspect of the story.”

That said, Thordarson praises the support she received from Sacred Heart leadership in regard to being open and receptive to media coverage.

“I feel very blessed by that, because I know that in some corporations, the PR person is not in an enviable position,” she says.

Thordarson considers herself privileged to have witnessed many medical breakthroughs and new procedures.

One of the last stories she wrote for the Heartbeat magazine before retiring was about robotic surgery.

“I got to go in and sit at the console and see how easy it is to stitch something up robotically,” she says. “It was amazing, and it’s come a long way since 2002.”

Terri Fortner, the executive director for the Spokane Parks Foundation, says she was a college intern with Children’s Miracle Network when she first met Thordarson around 1990, and she remains close to her.

“I can’t ever say ‘No’ to her, but I do consider her a very dear friend and mentor,” Fortner says.

She says Thordarson may have retired a number of years ago, but she hasn’t stopped working.

Several years ago, after she retired from Sacred Heart, Thordarson was president of the Spokane Parks Foundation.

“I think she’s responsible for me being the current director,” say Fortner, who recalls asking Thordarson to put in a good word for her.

Fortner notes that Thordarson is on the board of Community Minded Enterprises and continues to raise funds for the Spokane Lilac Festival Association, for which she was its first woman board president.

Thordarson is also on the boards of Ronald McDonald House Charities of Spokane and the Woodfield Community Association.

“Any organization in the community that has the good fortune to work with Marylin is blessed,” Fortner says. “She probably works more than full time. She sets the bar high for the rest of us.”

Thordarson says her role at Sacred Heart called for her to make connections in the community, many of which she continues to maintain.

She wrote the narrative for “Pride, Parades & Princess: 75 years of Spokane Lilac Festivals,” which was commissioned by the Spokesman-Review and the Spokane Lilac Association and published in 2013.

She also collaborated on “Living the Legacy: A History of Sacred Heart School of Nursing,” which was published in 2008.

Thordarson says she does take time for leisure activities, some of which include combining golf and road trips. She’s been golfing for 30 years or so, “more years than are reflected in my skills,” she says.

She also plays classical piano, with Mozart and Chopin among her favorite composers.

“I haven’t been able to do it recently, but I volunteer as one of the musicians that play in the Sacred Heart lobby,” she says. “That was once a week until COVID.”

Thordarson lived in several Pacific Northwest communities while growing up and earned a bachelor’s in sociology and psychology at the University of Puget Sound, in Tacoma, Washington. She married her husband Bill, who was in the commercial underwriting insurance business, in 1959. In those early years, he was transferred to five cities in Washington, Oregon, and Idaho before the couple decided to pick a city to live in more permanently.

“Spokane looked interesting, and it was a pretty quiet community at that point in time when we moved here in the 1960s, and it was absolutely the best choice we could have made,” she says.

In Spokane, Thordarson earned a master’s degree in English at Gonzaga University in 1972.

The couple have two children, Cindi, who operates a print shop in Denver, and Brent, a mechanical engineer in San Jose, California.